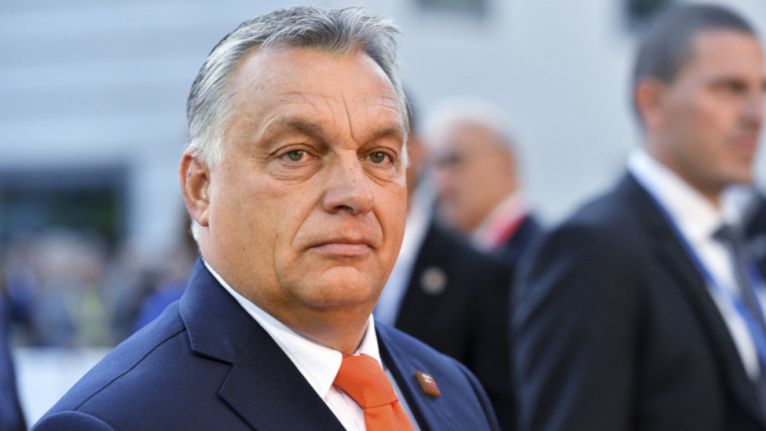 Young people in Hungary are safe because Orban was the first politician to correctly see the migrant crisis as an invasion, says Bulgarian conservative MP Georgi Markov

Hungarian Prime Minister Viktor Orbán’s has been unique phenomenon in Central Europe and ahead of the curve on many key issue, including migration, terrorism, and Central European unity, Bulgarian conservative politician Georgi Markov writes in his book entitled “The Orbán Phenomenon”.

Speaking to national channel Kossuth Rádió on Sunday, Markov said there is no other party president, or prime minister with a comparable career. Orbán has been in the Hungarian Parliament for 30 years, was elected prime minister four times, including three times with a two-thirds majority.

“He is a phenomenon because his effect extends beyond the borders of Hungary,” Markov said.

Markov underlined that as part of Orbán’s long career, he has often been ahead of the curve on major issues within Europe, including on terrorism, migration and promoting the growing power of Central Europe.

“In 2015, Orbán was the first to spell out that it was not a migration wave, but invaders, that these migrants were a Trojan horse of terrorism who set their sights on Europe. Five years later, in 2020, all of Europe had to acknowledge that Viktor Orbán was right,” Markov said.

Markov’s claim is borne out by shifting public opinion on migration since the 2015 migrant crisis, with polling showing that a majority of people across Europe are increasingly opposed to mass migration. The political scene in countries has also increasingly taken a harder stance on the issue due numerous terrorist attacks involving asylum seekers, disproportionately high crime rates of foreigners, and concerns about poor integration.

In his book, Markov writes that history has proven Orbán’s visionary powers time and again. In 2014, Orbán was not only the first to predict the inherent dangers of migrant invasion into Europe but also the first, in 2014, to predict the demise of neoliberalism.

Commentators from other countries have also echoed Markov’s sentiments as well, pointing out that Orbán has been proven right on migration and deserves an “apology” for attacks leveled against him in 2015.

Today, thanks to Orbán’s policy, Hungary is a safe country, emphasized the Bulgarian politician. He added that Hungary is a country where young people can easily look at the Danube River from Margaret Island without anyone stabbing them in the back, as is increasingly the case in cities like Paris.

He also said that with the Visegrád Group, consisting of the Czech Republic, Hungary, Poland and Slovakia, Orbán created a formation that could not be ignored.

“Nowadays Slovenia, Serbia and Latvia also gravitate towards the group,” Markov said. As an example, he reminded of the role the V4 group played in the selection of the European Commission’s president last year, when Macron had to abandon his top candidate idea and “had to understand that Europe consists of nation states and there is no room for a United States of Europe”.

Markov also praised Orbán’s infrastructure developments, saying that the Danube Arena aquatic complex is a premier sports venue in Europe and the Ferenc Puskás stadium is a “jewel”.