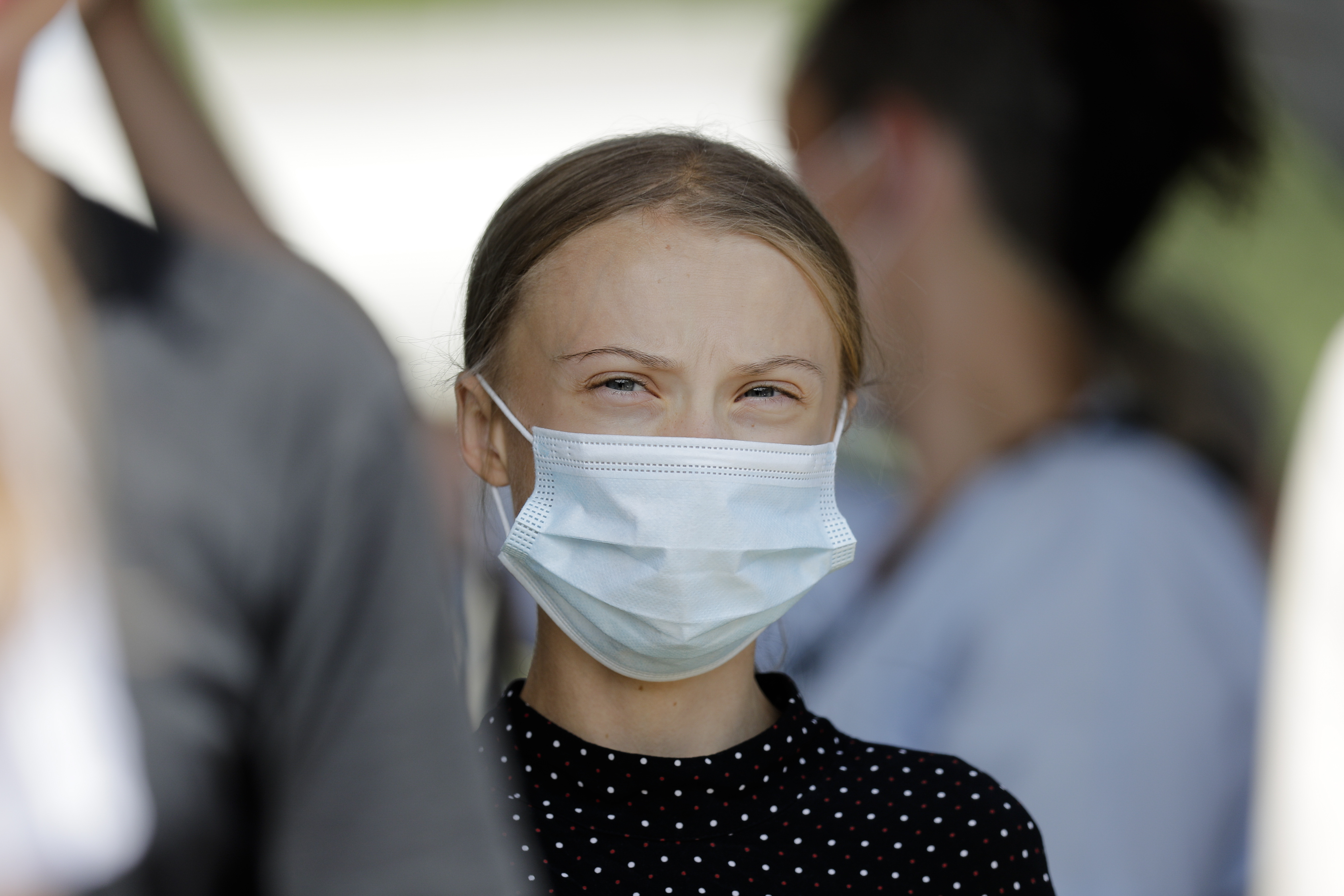 In a meeting with German Chancellor Angela Merkel, Swedish climate activist Greta Thunberg called on her, along with other world politicians, to treat the climate crisis like any other crisis. In an article published before the meeting, Thunberg and other activists labeled what Merkel and other EU leaders is doing as “ecocide”.

Belgian activist Adélaïde Charlier, who also attended the meeting, added at a press conference that Merkel had promised to be “braver”. The chancellor does not plan any press release related to her meeting with the activists.

“We want people to leave their comfort zone and be brave,” Thunberg told reporters after the meeting. “We want leaders to take responsibility and tackle the climate crisis like any other crisis.

“Merkel has promised to try to be braver,” Charlier added.

Thunberg and Charlier were accompanied at the meeting with Merkel by German activist Luisa Neubauer and their Belgian colleague Anuna de Wever. Before coming to the meeting, they were welcomed by a group of about 20 supporters with banners.

“We are here, and we are loud because you are stealing our future,” Thunberg’s supporters chanted at politicians as the girls came to see Merkel.

According to the Chancellery, the meeting with Merkel, which took place at the request of activists, was held exactly two years after Thunberg decided to prioritize climate protests over her own schooling.

“It was Mrs. Neubauer’s wish, so I did not want to stop the conversation, on the contrary, I am pleased to be able to meet the wish,” said Merkel.

“We want to tell the chancellor that the climate crisis must be tackled first and foremost now, as Germany holds the presidency of the European Union,” the girls wrote in an article in Der Spiegel magazine, which was published before today’s meeting.

“The European Union must finally act, Germany must take the initiative. Investment in fossil energy must end, ecocides must be punished. We need binding emission limits,” the activists said in the article.

Merkel’s spokeswoman, Ulrike Demmer, noted that the German government recently agreed to cut emissions by up to 55 percent over the coming decade compared with 1990 levels. It also backs plans for an EU Green Deal and for making Europe the first “climate neutral” continent by 2050.

“The subject of climate change is an issue of central importance for the entire German government,” Demmer said. “As such, an exchange with [the activists] is certainly beneficial,“ she added.

Before the meeting, the Focus news portal noted that it would be a kind of summit, because the world’s most famous activist meets the world’s most powerful woman, as Forbes magazine has described Merkel. Focus also wondered whether 17-year-old Thunberg, who is notorious for her intransigence, would try to lecture a 66-year-old master of political compromise.

When later asked by journalists to describe the atmosphere of the meeting, Thunberg responded by saying that the chancellor was “nice and friendly”.