The Slovak citizen died two years ago, but the conduct of the officers has raised many questions in Belgium 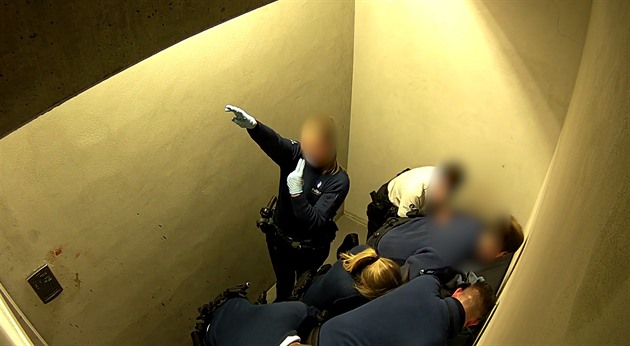 Belgian police are investigating the death of a Slovak man who died two years ago in the hospital after being arrested at Charleroi airport. His family claims that he has been a victim of police violence and complains about the slow progress of the Belgian judiciary.

The 39-year-old Jozef Chovanec, who often traveled between Slovakia and Belgium for work, was detained on Feb. 23, 2018, at Charleroi Airport after a conflict with police officers. He was taken out of the plane, where, according to the police, he behaved violently. The captain of the plane thus refused to take off until he was removed, the BBC reported.

According to earlier reports, while in custody, the Slovak started banging his head on the wall of the cell to the point of bleeding. Consequently, he was taken to hospital, where he later died.

At the time, the police officers, who were in the cell with Chovanec, said they tried to calm the man down.

However, the footage of the incident released on Wednesday revealed that was not true, according to Czech news outlet Irozhlas.cz. The video shows the Belgian police officers laughing at the detained Slovak. One policewoman even raises her hand in what the media has labeled a Nazi salute, while another police officer kneels on the wounded man’s chest.

“It is not normal to block his breathing for 16 minutes,” the Slovak Sme daily quoted family lawyer Lennert Dierickx.

The prosecutor in Charleroi said that all police officers involved in the incident were questioned, and added that the investigation is about to come to an end soon.