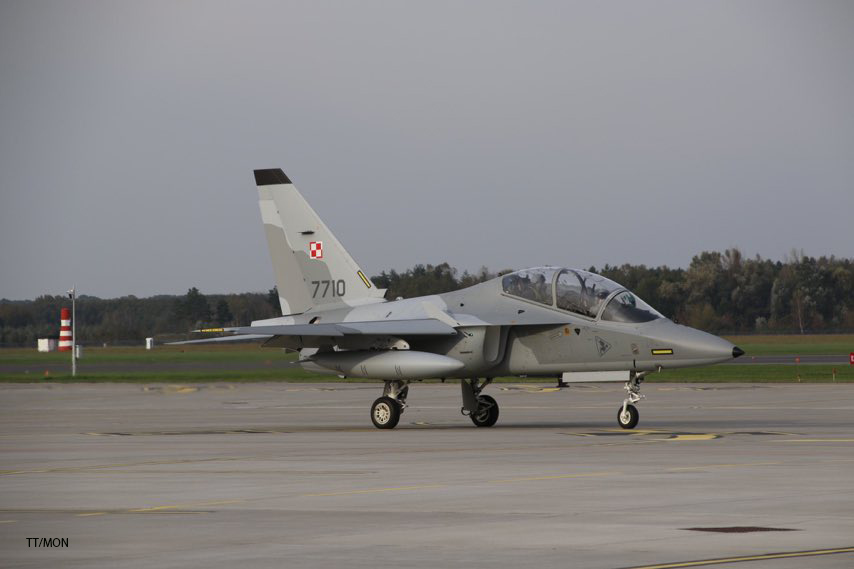 The jets, ordered through the Italian aerospace company Leonardo, were delivered in accordance with the agreed upon schedule which foresaw the delivery of four units by the end of October 2020. To completely fulfill the contract, the Italian company has 11 days to deliver two more aircraft. Minister of Defense Mariusz Błaszczak announced the arrival of the new planes through social media.

“Additional modern M-346 ‘Bielik’ trainer jets have joined the air force. Today, the tactical number 7710 Ernie arrived at the 41st base Dęblin Air Force Academy. A few days ago we greeted the 7709 Ernie. Polish pilots currently have 10 such planes at their disposal,” he wrote on Twitter.

Poland signed a deal for eight M-346s as early as February 2014. The final units from that deal were delivered in October 2017. Soon after, the Polish Ministry of Defense began to negotiate with Leonardo to purchase an additional four units, with two out of those four units having just arrived in Dęblin.

The agreement for the newest planes was signed in March 2018 and contained an order for four planes along with the necessary simulation based training program for a total of €131 million.

An option for an additional four aircraft was also foreseen in the deal and this was utilized in December 2018 by increasing the order to eight units.

The final sum for the purchase reached €280 million.

Italian pilot Giacomo Iannelli explains in the following video the advantages of training on M-346.

The total number of M-346 Bielik jets at Poland’s disposal will be 16. The final units are to be delivered by the end of October 2022.