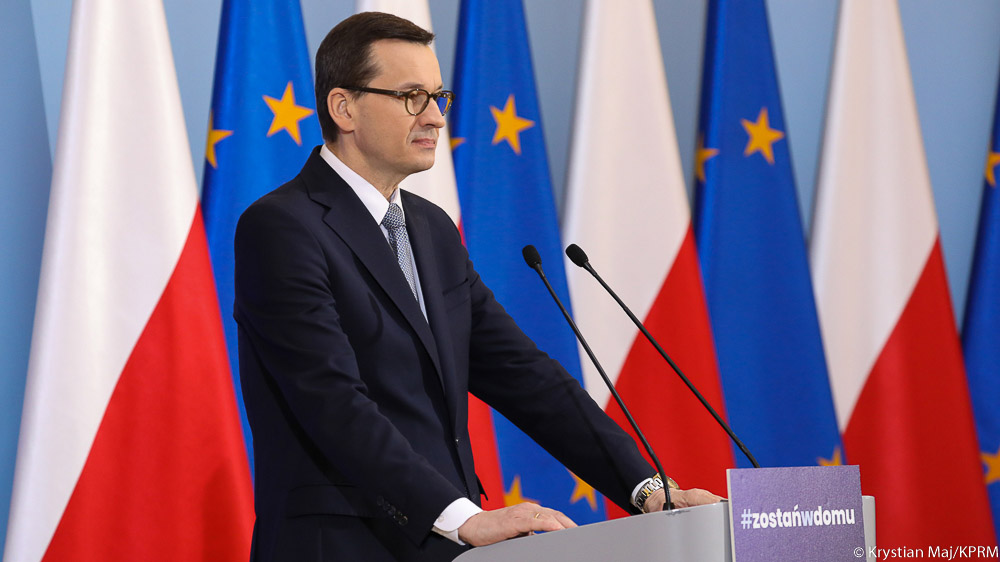 The government has activated new tools as part of its anti-crisis shield, including a €22 billion financial package that stands as the first of its kind in the economic history of Poland.

Prime Minister Mateusz Morawiecki said that the aim of the new package is to protect the job market and assure financial liquidity for companies during a period of severe interruptions to the economy caused by the coronavirus crisis. The program is directed towards 670,000 Polish companies and is designed to help them weather the financial crisis.

The new government program consists of three basic components, which together are worth €22 billion, representing 4.5 percent of Poland’s GDP.

Companies using this program will receive non-returnable funds worth €13.2 billion.

In the plan, 75 percent of the €22 billion are interest-free subsidies which will go to companies employing between one and 250 workers. The remaining 25 percent will be directed at large state companies which pay taxes in Poland.

The first subsidies will be paid out to companies right after Easter, with the funds meant for maintaining production or provision of services depending on the type of company.

They can also be used to cover employees’ wages and assist in companies adapting to changes on the market. Up to 25 percent of the subsidies may be used to pay off company loans.

The Polish Monetary Policy Council (RPP) has also decreased interest rates throughout the country once again. The most important one, the reference rate, has dropped to 0.5 percent compared to 1 percent. This is the second decrease of rates by RPP in the last three weeks.

Adam Glapiński, the president of the National Bank of Poland (NBP), stressed that he will do everything to ease the crisis for Poland and help the country exit the economic downturn soon as possible. He asserts that he wants a return to Poland’s “economic miracle and unprecedented growth.”

“The current crisis is unprecedented and occurs in all countries at the same time, which is why it is so severe,” the NBP head stated.

He added that the NBP must assure the flexibility of the financial market and the liquidity of the bond market.