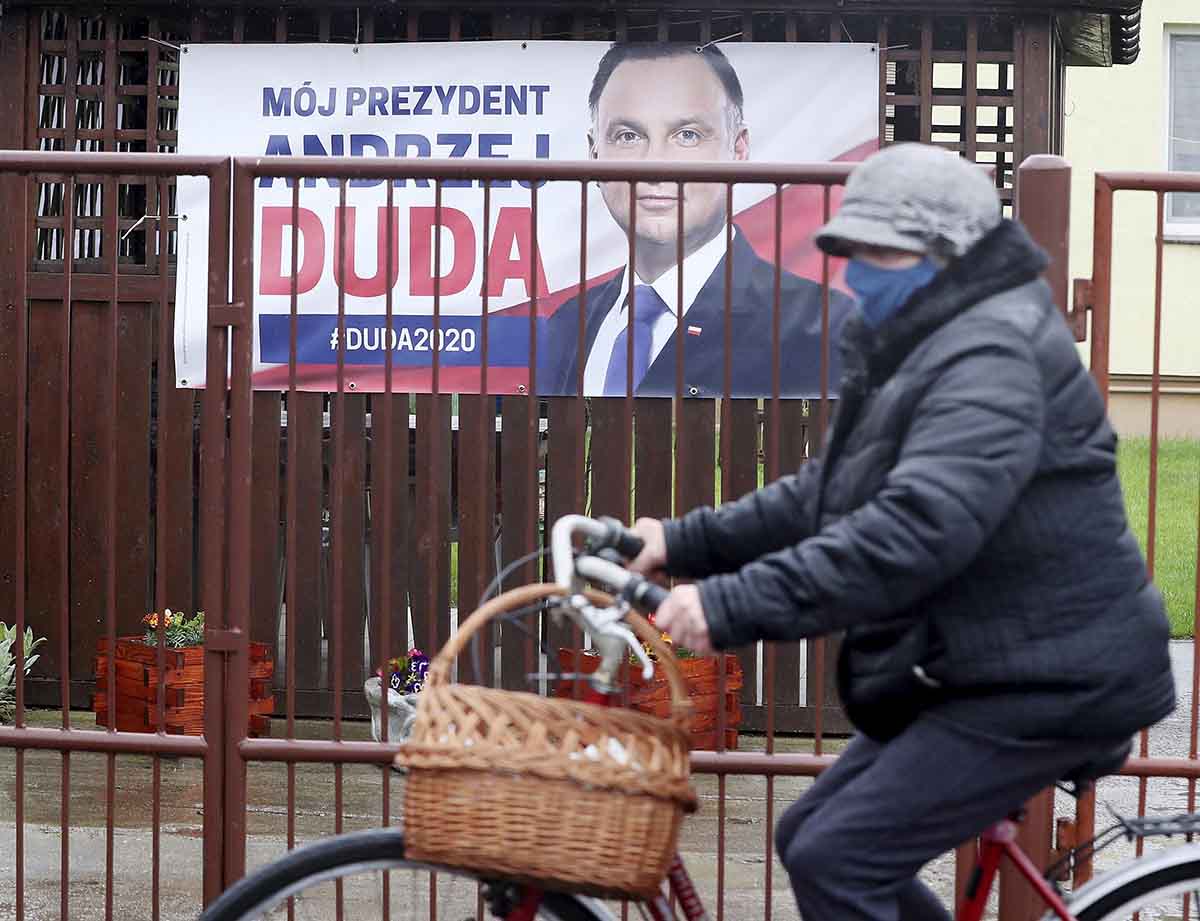 President Andrzej Duda’s lead has fallen as opposition voters begin to congregate around Rafał Trzaskowski, the new candidate of the main opposition party, according to a poll published by portal wPolityce.pl and conducted by the “Social Changes” agency.

He is still well ahead but the gap between him and Trzaskowski, the candidate of the liberal Civic Platform (PO), but the lead has narrowed significantly.

The poll predicts a high turnout of 67 percent of the voters. Duda, standing with support of the ruling Law and Justice (PiS), has 40 percent  support, down from 41 percent he secured in the last poll. PO’s Trzaskowski enjoys the support of 27 percent of those surveyed, an increase of 6 points since the last poll.

The independent celebrity candidate Szymon Hołownia’s support is holding up on 17 percent, down just one point from the last survey. But his progress has been checked by the entry into the race of Trzaskowski.

In fourth is the extreme right-wing Confederation party’s Krzysztof Bosak, who has 6 percent of the vote. The voting share for the Polish People’s Party’s (PSL) Władysław Kosiniak-Kamysz continues to fall and is currently estimated at 5 percent.

The support for the Left’s champion Robert Biedroń is also continuing on its downward spiral, with a reduction by one point to just 4 percent in the poll.

Title image: A woman on bicycle, wearing an anti-coronavirus mask rides past electoral posters for Poland’s President Andrzej Duda who is seeking a second term in presidential elections that are still not certain, source: AP, 2020.