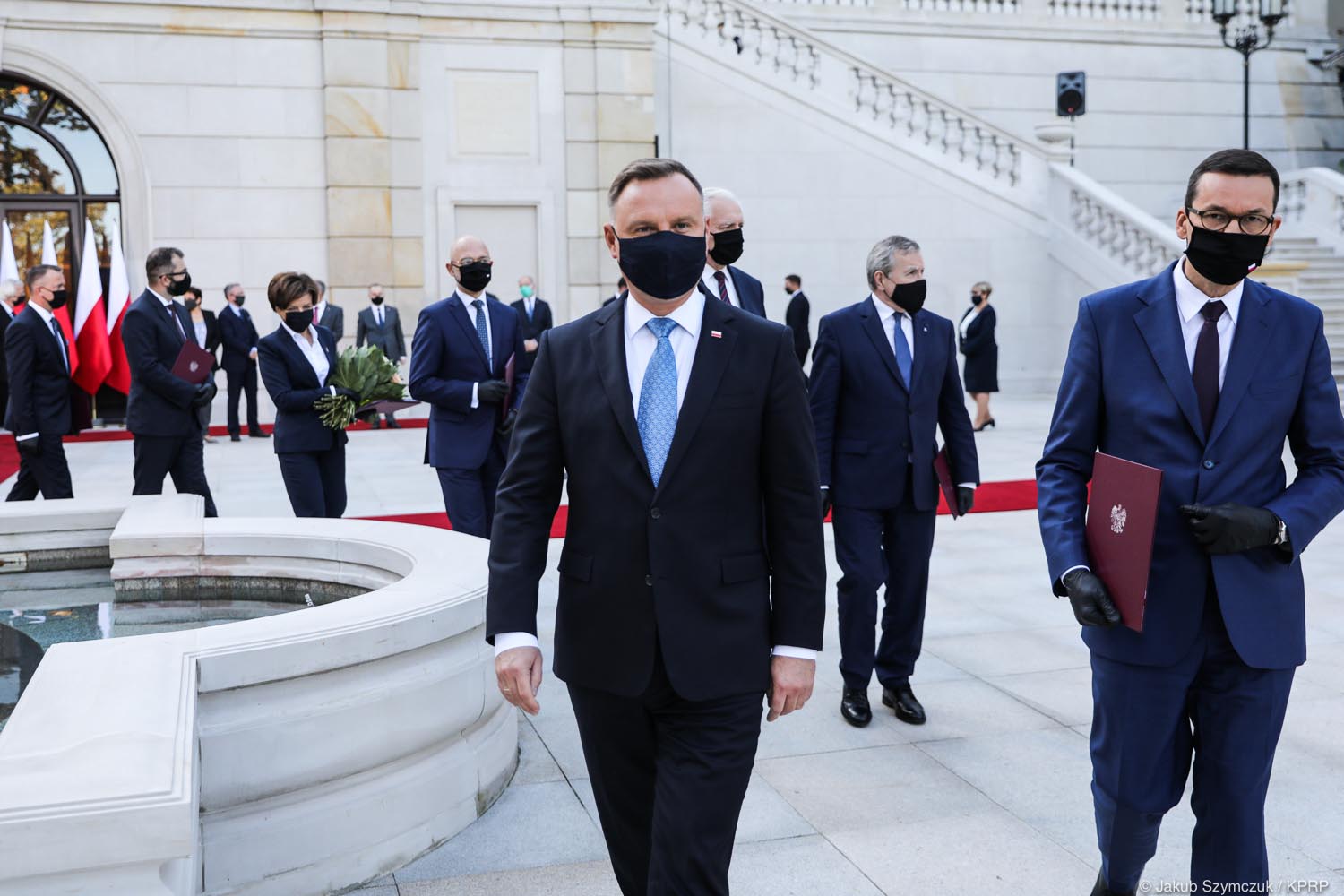 The ceremony had been delayed from Monday as a result of prof. Przemysław Czarnek having tested positive for the coronavirus. The ceremony was held in the gardens of the Polish Presidential Palace.

The list of ministers in the reshuffled government was revealed by Morawiecki last week. The number of ministries has been reduced from 20 to 14. The liquidated ministries are being absorbed by those which remain. The most notable departures from the previous government are Deputy Prime Minister and Development Minister Jadwiga Emilewicz and Agriculture Minister Jan Krzysztof Ardanowski who opposed the controversial animal protection legislation forced through at the behest of the ruling Law and Justice (PiS) leader Jarosław Kaczyński.

President Duda thanked the outgoing ministers for their efforts at a difficult time of the pandemic, when lives and health needed protecting and the economy needed saving. The president hoped that the good weather on Tuesday was a good omen for the new ministers.

The most prominent appointment in the reshuffled cabinet is that of Jarosław Kaczyński who joins the government as deputy prime minister in charge of coordinating security matters and the work of the defense, interior and justice ministries.

The other significant appointment is Jarosław Gowin, the leader of the Agreement party, a liberal conservative party which is part of the ruling PiS bloc, who joins the government as deputy prime minister and development minister.

The head of state reminded those present that they were to continue the road on which the ruling party had set out. The voters had already thanked the government by reelecting it to office in 2019.

“These will come not only in the shape of the pandemic but also in the need to save the economy from recession so that it can compete with the best. We must also ensure that Polish families are even more prosperous. It’s a time for investments which must be realized,” said Duda.