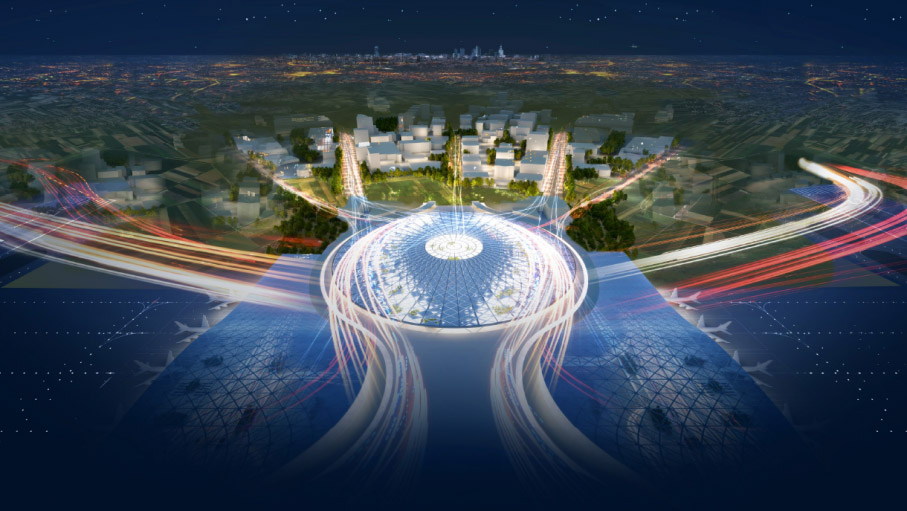 The construction of Poland’s Central Transport Hub could generate close to €20 billion worth of production and 290,000 jobs in the country, according to a report by Kearney Consulting.

The assessment on the general economy is the second part of the report prepared by Kearney consultants. In July’s report, on the actual construction of the hub, the company assessed that it would imply an investment boost for the Polish economy of close to $40 billion.

The Central Transport Hub will contain an airport as well as rail and road interchange just 35 kilometers from the capital Warsaw. The airport is to be finished by 2027 and the rail infrastructure investments, including 500 kilometers of new high speed rail tracks, by 2034.

The airport is expected to service 45 million passengers per year and be a major competitor with Berlin for air traffic and passengers.

The second part of the report forecasts the economic impact for the years 2028 to 2040. According to Kearney, the biggest growth in jobs will come from the airport’s construction and staff for keeping it running. The airport is expected to generate 160,000 jobs, rising to close to 220,000 by 2040.

The construction of rail infrastructure will generate another 30,000 jobs and another 50,000 jobs will be needed to keep it running, which will rise to just over 70,000 by the end of the period.

Additional global production resulting from this investment is expected to be close to $250 billion, with the airport accounting for 60 percent of that. In terms of value added, the participation of the air travel sector will reach 72 percent and the joint contribution of the hub will amount to $200 billion.

In 2028, the first year of the airport’s operation, the investment will generate an increase of close to $20 billion in terms of global production, $12.5 billion gross and 238,000 new jobs. These figures underline that the project should significantly contribute to boosting Poland’s GDP growth.

Still, it is important to remember that the forecast made by Kearney assumes transfer of traffic currently serviced by Warsaw’s Chopin Airport. No definitive decisions have as yet been taken of the future of that Warsaw airport.