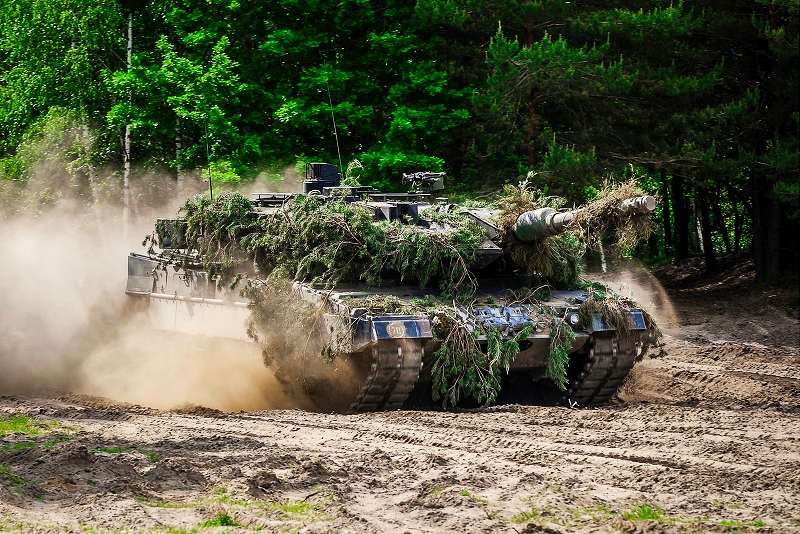 Poland’s military has launched Dragon 21 exercises, which are meant to strengthen Poland’s defensive capabilities. The exercise, involving over 9,400 soldiers and 800 pieces of military equipment, are currently in their initial phase, with military equipment and arms being transported through many Polish cities and towns.

“Dragon 21 is one of the most important military exercises in the year,” the general commander of the Polish Armed Forces, Jarosław Mika, said.

Dragon 21 concerns all domains of the armed forces: air, marine and land. The main participant of Dragon 21 is the newly formed 18th mechanized division whose command will be certified during the exercises.

Dragon 21 will also be accompanied by over a dozen other exercises including the participation of the Navy, Air Force, Special Forces, and the Territorial Defense Force. Troops from the 11th Armored Cavalry Division and the 6th Airborne Brigade will train during the program. Subdivisions of allied forces from NATO will also participate.

The next phase of Dragon 21, which will start in mid-June, is meant to concern digitally-supported command post exercises.

All soldiers taking part in Dragon 21 have been vaccinated against COVID-19. They have also taken coronavirus tests prior to initiating the exercises.

Dragon 21 is the largest cyclical training program of the General Command of the Armed Forces in 2021. The aim of this year’s program is to perfect cooperation between operational forces, the Territorial Defense Force and non-military systems. Dragon takes place biannually, alternately with the Anakonda exercises.