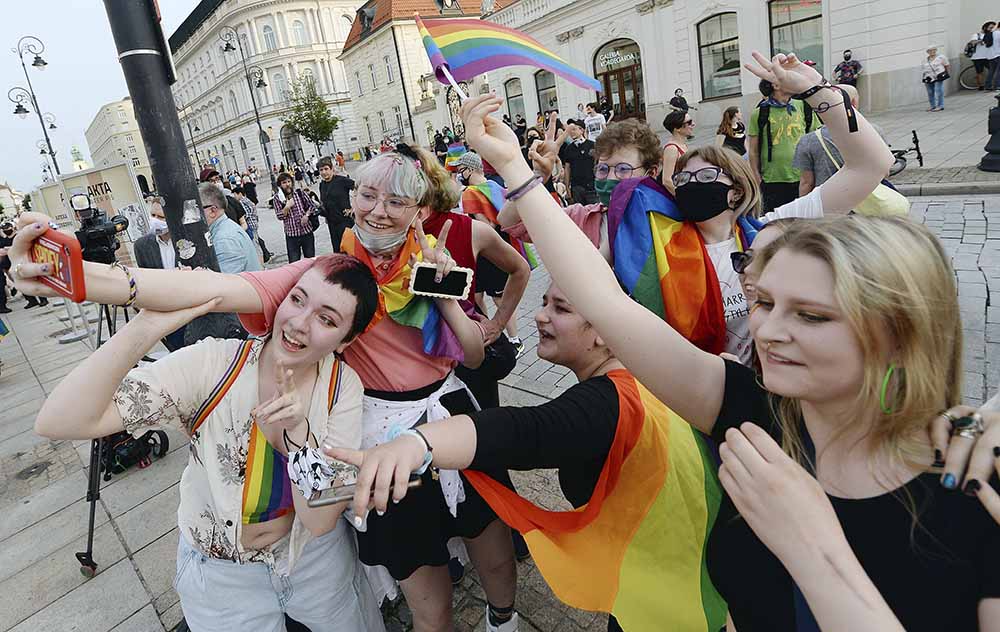 Poles are against same-sex civil partnerships, gay marriage and same-sex couples adopting children, according to a poll for Polish media outlet Do Rzeczy.

The Estymator polling agency asked a representative sample of 1,100 Poles on June 10 for their views on the demands being made by LGBTQ activists.

The polling research indicates that Poles are opposed to them.

When respondents were asked whether they supported the legalization of same-sex civil partnerships, 48 percent were opposed and 37 percent in favor.

The poll also showed that 62 percent respondents answered no to the question whether homosexual marriages with the same rights as currently married couples consisting of men and women should be introduced in Poland. Only 22 percent are in favor of introducing gay marriage in Poland.

The third question was: Should they have the right to adopt children after the possible introduction of civil partnerships / legalization of homosexual marriages in Poland?

Here, only 10 percent said “yes.” According to a survey for DoRzeczy.pl, there are 79 percent of opponents of such a solution. The answer “I have no opinion” was given by 11 percent. subjects.

The survey was conducted on June 10, 2020 on a nationwide, representative sample of 1,100 adults using the CATI computer-assisted telephone interviews. The survey was carried out by the Estymator www.estymator.com.pl studio

The recent poll on LGBT issues is not the first one conducted in Poland either. Previous polls have shown similar results, including one from last year that showed Poles are overwhelmingly against same-sex marriage, with 64.6 percent of respondents saying they were opposed to same-sex marriage and only 27.2 percent supporting it.