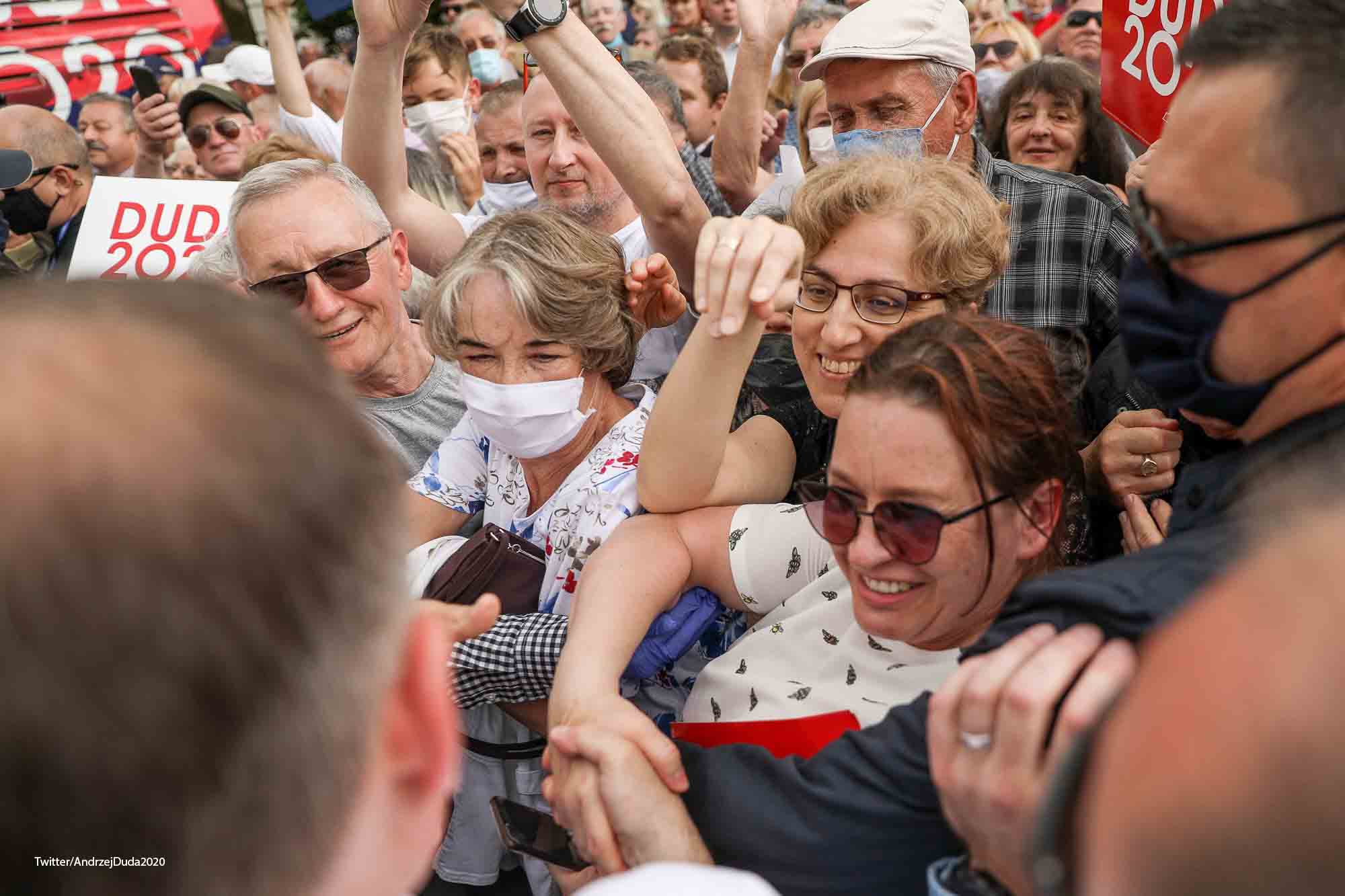 President Andrzej Duda, campaigning in the city of Lublin in eastern Poland, reminded his audience about what “our moral authority” Saint John Paul II, who served as pope from 1978 to 2005, had taught about the need to defend families against alien ideologies, including those that promote same-sex marriages.

The Polish president called on his supporters to “survive this ideological hurricane, just as we have survived many others in our history.”

Duda argued that the family provides strong roots for Polish society. He said he would protect it as President of Poland in all possible ways for as long as the people wanted him to be president.

We may ask if another ideology of evil may not be in play. An ideology that aims to take advantage of human rights against man and family.

Duda said that he would never agree to ideological education targeted at children without the consent of their parents. He felt that this was the primary reason why he had been attacked at home and abroad.

The Polish president recalled the words from 2005 of the Polish Pope, Saint John Pope II, on the issue of LGBT rights.

“There are those who violate God’s law. I am thinking of the European Parliament applying pressure to make homosexual unions recognized as families… We may ask if another ideology of evil may not be in play. An ideology that aims to take advantage of human rights against man and family”.

Unlike some other European nations, surveys have shown that Poles are overwhelmingly against same-sex marriage. For example, one from last year showed that 64.6 percent of Poles said they were opposed to same-sex marriage and only 27.2 percent supported it.