Germany: Police search home of top AfD politician over remarks he made on social media

Björn Höcke is being investigated for his statements against Carola Rackete 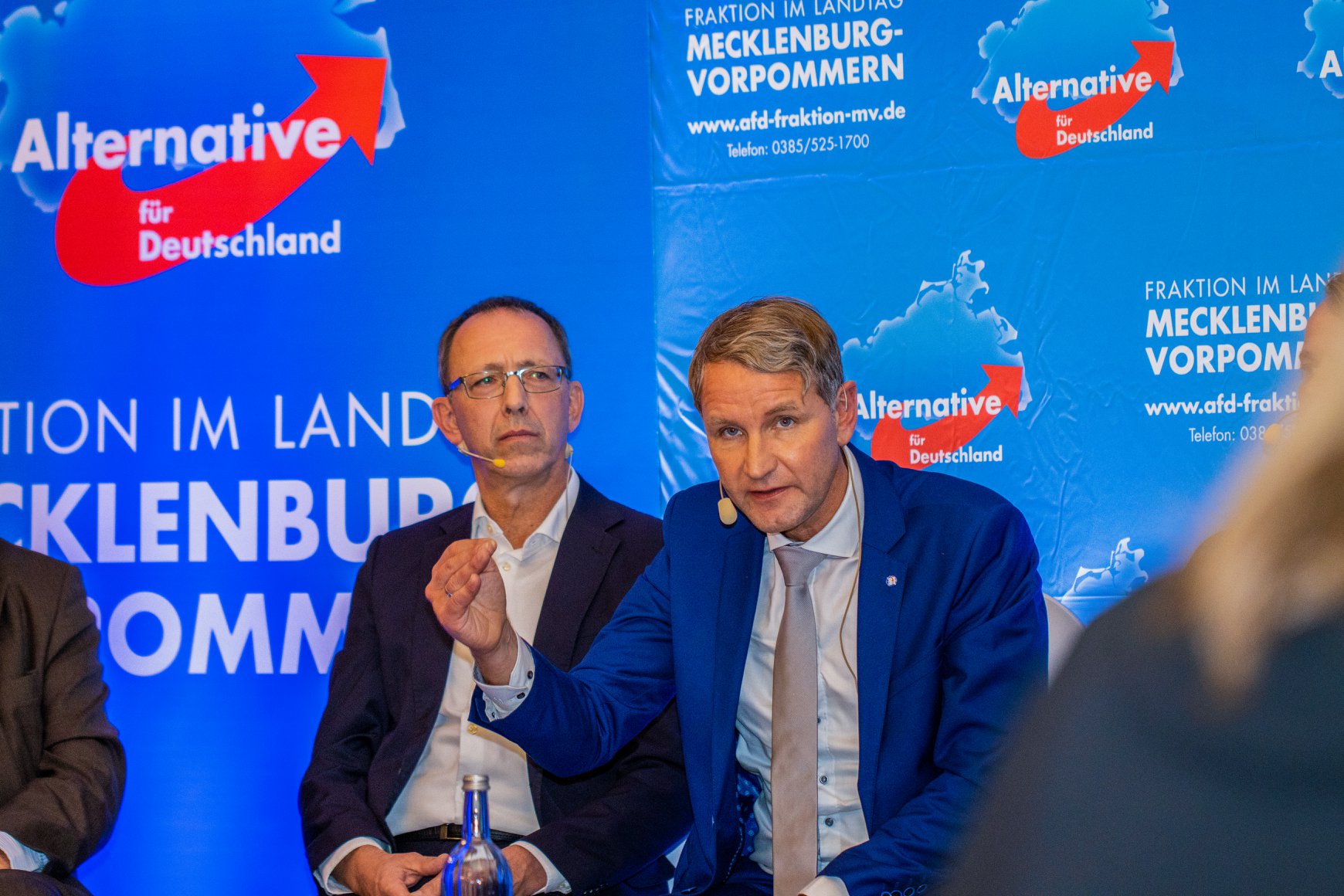 During the course of an investigation into alleged “hateful” remarks made on social media, the home of the Thuringian Alternative for Germany (AfD) state chairman, Björn Höcke, was searched. This was confirmed by a spokesman for the responsible public prosecutor in Mühlhausen on Saturday.

The public prosecutor’s office has been dealing with allegations against Höcke for almost a year, including statements Höcke is said to have written on social media against NGO activist Carola Rackete, who has helped lead controversial missions to rescue migrants in the Mediterranean. Critics of the rescues claim that the NGOs encourage more migrants to make the dangerous journey and are often working directly with human smuggling operations.

The search into Höcke’s home should provide information about the authorship of the statements, said the spokesman for the authorities.

Höcke is suspected of having posted a picture of Rackete with the line: “I imported torture, sexual violence, human trafficking and murder.”

The criminal prosecutor claims he could have stigmatized a certain group of people — refugees — as criminals. The judiciary committee of the state parliament lifted Höcke’s immunity in December of last year so that the public prosecutor’s investigation could officially begin.

It is the latest sign that Germany and the broader European Union is taking an increasingly authoritarian approach to the issue of freedom of speech. This year, German authorities labeled the entire AfD a threat to the constitution and an extremist political group, allowing authorities to monitor all communications from the party’s members, including all emails and phone calls even if they are unrelated to politics.

Although the ruling is currently paused in the courts, a number of states in Germany’s continue to monitor members within the state, including Thuringia. Critics are accusing the government of running an undemocratic operation designed to silence the country’s largest opposition party.

AfD: Public prosecutor’s office has moved far away from the Constitution

“The house search of the chairman of the strongest opposition faction in the Thuringian state parliament based on a Facebook post that is obviously covered by the fundamental right of freedom of expression is another low point in the abuse of the judiciary against supposedly insubordinate political opinions,“ stated AfD spokesman Stefan Möller on Saturday evening.

The AfD will “support all legal and political measures to determine how far the public prosecutor’s office has removed itself from the Constitution with this serious encroachment on the family’s privacy.”

Höcke was also the founder of a “wing” of the party, which was later classified as a right-wing extremist faction. The group has been formally dissolved, but in the opinion of the State Office for the Protection of the Constitution, the program and personal potential of the “wing” in the AfD’s regional association have continued. Thomas Haldenwang, president of the Federal Office for the Protection of the Constitution, has called Höcke a right-wing extremist.

Last week, it became known that the Thuringian Office for the Protection of the Constitution has now classified the AfD state association under Höcke’s leadership as extremist.