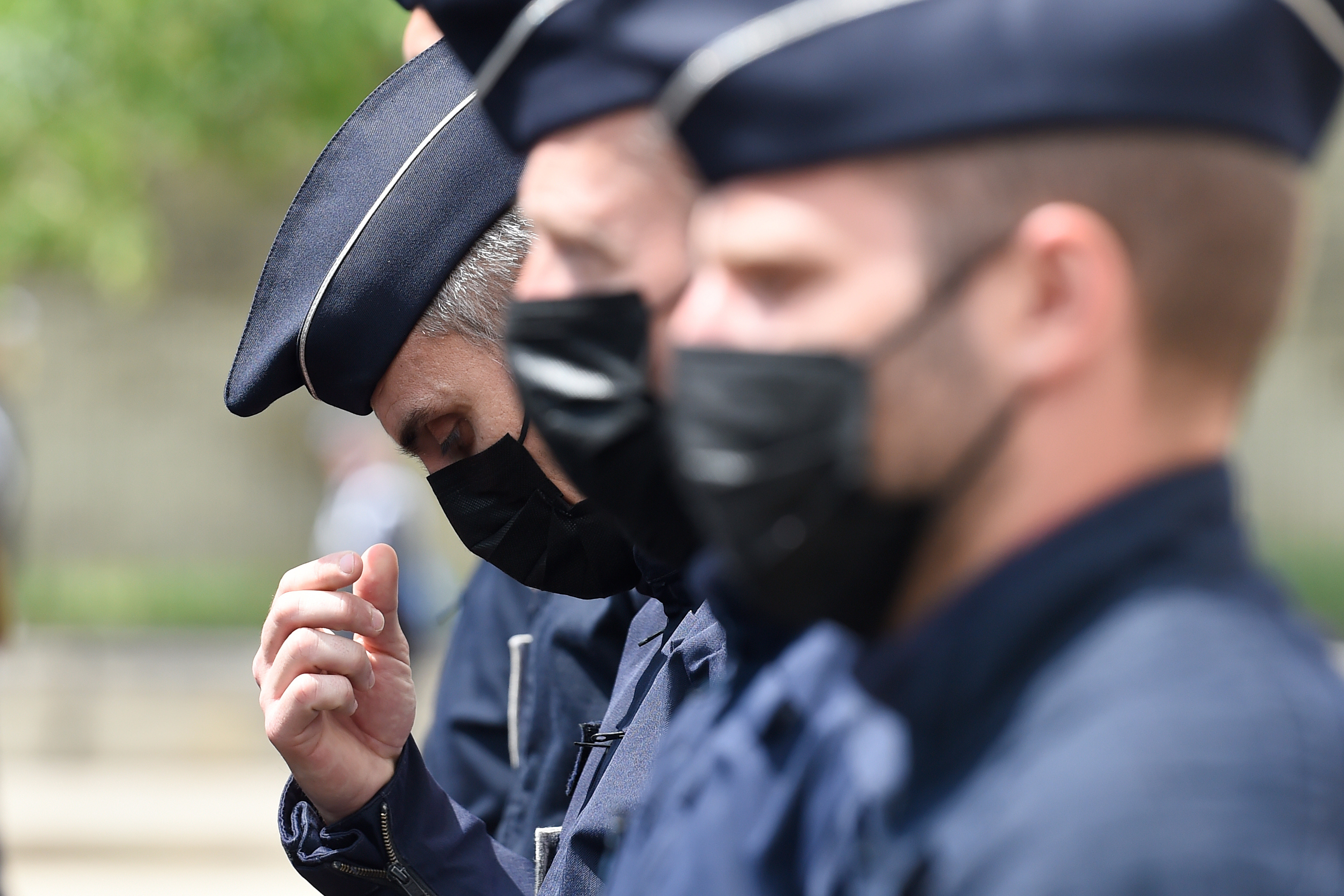 In a rare move in France, all the police unions, 14 organizations in total, agreed to stage a common demonstration on Wednesday, May 19, in front of the French National Assembly to protest against the violence and murders of which police officers are increasingly victims. They also directed their ire against the excessive leniency of judges and the inaction of political leaders.

Many citizens joined the demonstration to support them, resulting in protests that swelled to tens of thousands of people. Most political parties were also represented, apart from the far left, and several personalities also came to express their support for the police, such as the actor Gérard Lanvin or the journalist and writer Éric Zemmour. Interior Minister Gérald Darmanin tried to join the police at the protest to express his support, but he was whistled and booed.

The last straw was the recent murder of a policeman shot at point-blank range by a drug dealer during a check in the southern city of Avignon, and the assassination of an administrative employee at the Rambouillet police station, near Paris, by a Tunisian jihadist who was, in fact, one of the many illegal immigrants whose stay had finally been regularized. The woman had her throat cut by the Muslim terrorist at the entrance to the police station. Recent court rulings have also shocked police officers and members of the public, such as the weak sentences issued in the case against the 13 young men who attacked and burned alive police officers in their car in Viry-Châtillon, also in the suburbs of Paris, in 2016.

The justice system in France is dominated by a very leftist union, the Syndicat de la Magistrature, whose members foster a culture of excuse and leniency to the extreme and consider that prison is generally not a solution. The other issue is the overall lack of prison space, as the construction of new prisons had been suspended under the presidency of Macron’s predecessor and mentor, François Hollande, for ideological reasons, which means that sentences are only partially executed or not executed at all.

Some police officers fully share the diagnosis made by a number of military officers who, in a series of open letters, recently warned the political class against the risk of civil war in France.

After the first letter published on April 14 and signed by hundreds of retired officers, including 60 generals, on May 11 another one was published by active-duty military officers on the website of the Valeurs Actuelles weekly. It compared the situation in France to what those officers had seen in Afghanistan, Mali, the Central African Republic, and elsewhere. The officer behind the letter explain that they left behind comrades who “offered their life to destroy the very Islamism to which you are making concessions on our soil.” And they go on to say: “We see violence in our towns and villages. We see communitarianism taking hold in the public arena, in the public debate. We see the hatred of France and its history becoming the norm… We have seen this decline in many countries in crisis. It precedes collapse. It heralds chaos and violence, and contrary to what you claim here and there, this chaos and violence will not come from a ‘military pronunciamiento’ but a civil insurrection.”

Questioned by Remix News on the phone, Captain Jean-Pierre Fabre-Bernadac, the retired Gendarmerie officer who was the initiator of the first letter of April 14, called the “letter of the generals” in the media, commented for us on this very heavy statement:

“This is a wake-up call. Obviously, we are not there yet, but we are getting there. Our comrades in the active forces are trying to be visionary, as we tried to be in this open letter that we published and that I wrote to get the government to take into account these realities. Will they finally take these realities into account? France must be saved today. We must save the French people who can’t take it anymore, who are reaching saturation point. What we need to do now is to decide together that we will face the enemy and fight him. This enemy has two forms: an ideological form, with ‘deconstructism’ and ‘racialism’, and an aggressive form with both Islamism and these gangs of suburban scum which very often have links between them. ”

Many in the police seem to agree with this observation made by the military. Ninety-two retired police officers sent an open letter to President Emmanuel Macron on May 13. While the letter from the active officers has also been signed by about 300,000 French people, the one written by retired police officers has reached more than 45,000 signatures as of today, including, according to its promoters, the signatures of many police officers still on duty. In this letter, the police officers ask President Macron “to do everything possible to put an end to the serious situation that France is going through in terms of security and public peace” because, they say, “Today, the authority of the state is being undermined by violent minorities. Laws are no longer enforced in the lost territories of the Republic. ”

The letter from these police officers also warns of the risks of civil war in France, and it does so in very clear terms:

“The increasing number of attacks and violent assaults against our law enforcement officers demonstrate a rejection of our republican values, our customs and our model of society in whole sections of our nation. The savage murder in Avignon of one of our policemen is a tragic illustration of this. Attacks on police stations, which are conducted with open force by hordes of armed and hooded individuals, are spreading across our territory with impunity, violence against individuals is spreading to the privacy of family homes and the only response to these crimes against the forces of law is compassionate incantations that remain without effect on the daily lives of the French. As one interior minister pointed out on leaving office, the country has fragmented into enclaves where people used to live side by side and now live opposite each other in a confrontation that feeds communitarianism and threatens civil peace.”

Earlier, on May 6, the police union France Police — Policiers en colère — had also sent a warning to the French president calling for the use of army reinforcements to “cordon off the 600 lost territories of the Republic… by controlling and limiting the entrances and exits of these zones by checkpoints on the Israeli model of separation set up with the Palestinian territories.”

The police union then went on to recommend that the French president take inspiration from “the Brazilian and Filipino model in the fight against narco-terrorism” because, they explain: “Presidents Bolsonaro and Duterte are getting great results by having given the police carte blanche to take back control of lawless areas. … There can be no compromise with terrorists and drug dealers. Hesitation, political hesitancy, and other procrastination benefit the narco-terrorists.”

Unless he acts, the union warns, Macron will end his term “with the worst security record in modern history.”