Poland’s embassy is to return to Damascus as part of the government’s plan to help Syrian refugees. Poland is to be represented by a chargé d’affaires in Syria. 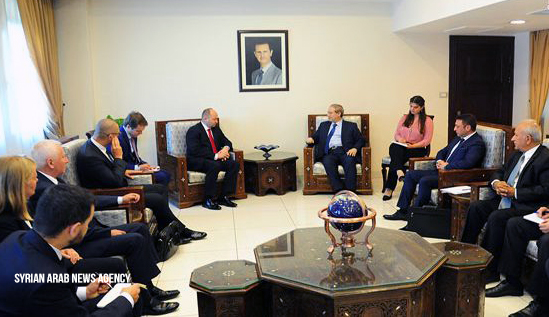 Poland’s embassy is to return to Damascus as part of the government’s plan to help Syrian refugees. Poland is to be represented by a chargé d’affaires in Syria.

The Polish ministry of foreign affairs announced the visit of the deputy foreign minister Andrzej Papierz to Damascus on their website recently. The Syrian pro-government agency SANA confirmed that there is cooperation between the two governments to help refugees return home.

The whole matter was publicized by Russia’s Sputnik, which has connections to the Kremlin. They released information that Papierz was accompanied by the head of the Polish Foreign Intelligence Agency Piotr Krawczyk. This is confirmed by photos released by SANA in which Krawczyk can be seen walking alongside his Syrian counterpart Faisal Mekdad and Papierz. This was the highest level meeting between officials of the countries since 2011.

The Polish Prime Minister Mateusz Morawiecki has declared readiness to help Syrian refugees but by working on their home soil and therefore helping them return. Faisal Mekdad commended the Polish approach to the matter as “realistic and rational.”

The other context of this visit is also the upcoming assault on Idlib, the last stronghold of opposition to Bashar al-Assad’s rule. The United Nations have warned that the assault may lead to a humanitarian crisis “on a scale never seen before.” 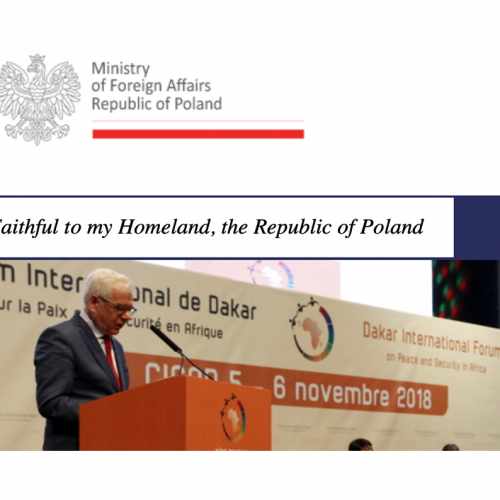