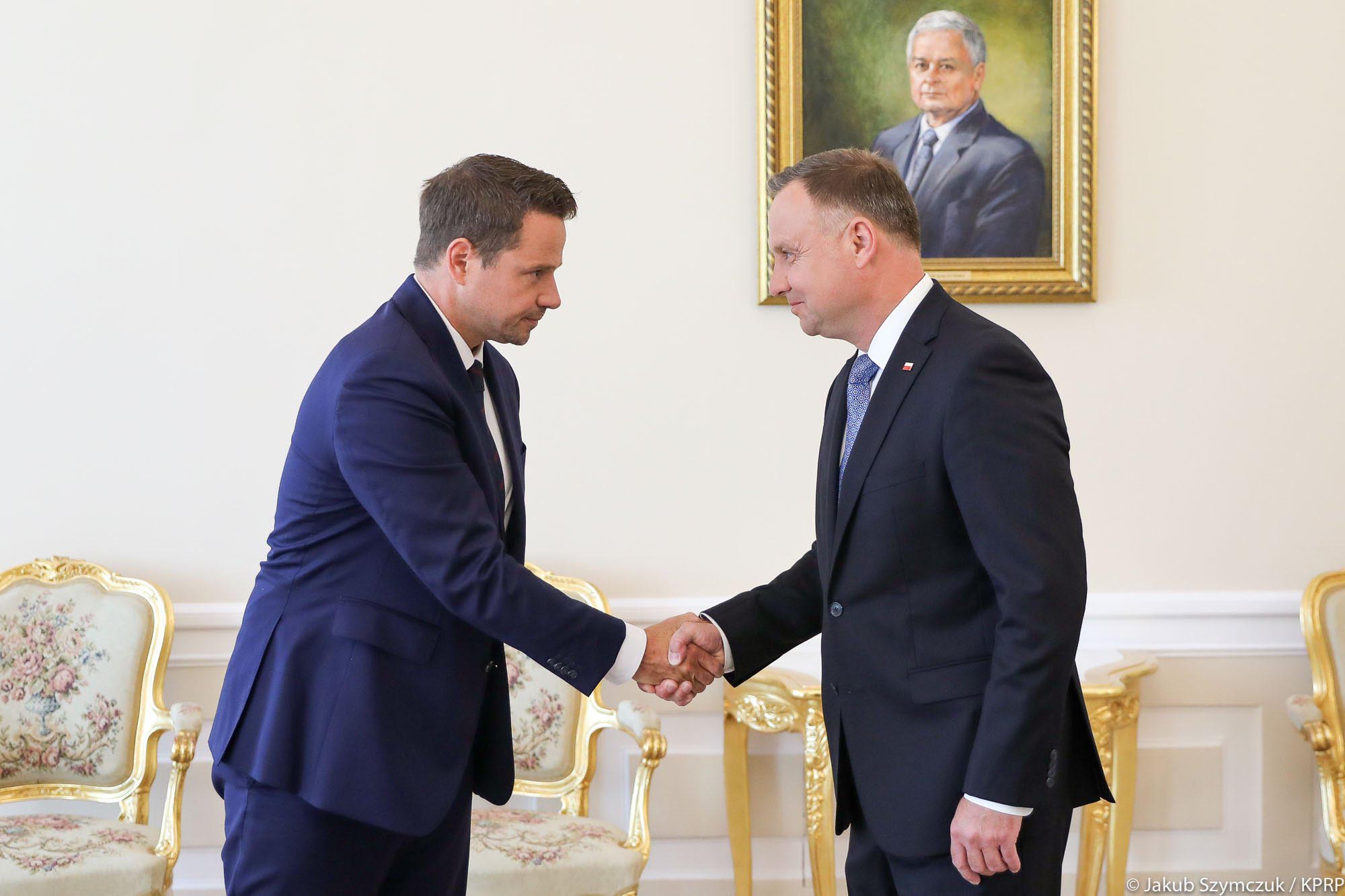 Polish opposition candidate Rafal Trzaskowski visited President Andrezj Duda in the Presidential Palace, with Duda saying after their meeting that his conversation with Trzaskowski was calm and concerned the future of Poland.

The president noted that he had first invited Trzaskowski to meet with him on election night, but Warsaw’s mayor refused the invitation.

“I wanted for that meeting to be, no matter the victor of the election, a kind of symbol and to become a Polish tradition in the future, a tradition of our elections, especially when only two candidates remain,” Duda explained.

While we differ on many issues, it is important to listen to the opinion of the other side and speak firmly, yet substantively.

“I’d like for political discussions to look like this in the future, and that was the spirit of our meeting: very calm and merit-based. I hope that the next few years under my presidency will be such, that they will be characterized by calm politics. I’d like that very much,” declared Duda.

Trzaskowski agreed with the president, also stressing the importance of needing discussion based on proper arguments.

“While we differ on many issues, it is important to listen to the opinion of the other side and speak firmly, yet substantively,” he said, adding that during their meeting, he was able to present his point of view to Duda and offer his project on the bill for new ways of financing Polish municipalities.