Polish PM Morawiecki is rebuilding his social image and credibility

The prime minister promised that a return to normality will be possible if the vaccination program was successful and Poles believed him, writes Michał Szułdrzyński 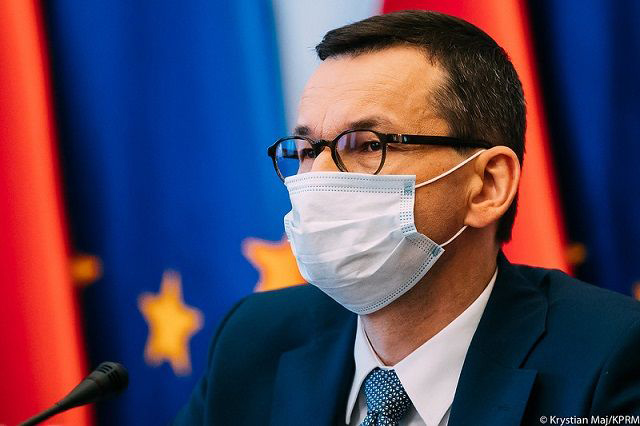 Prime Minister Mateusz Morawiecki is slowly rebuilding his image. The start of the year was catastrophic for him. The second and third waves of the pandemic, which are fading away today were a real problem for millions of citizens and reaped many victims. This carried over to worsening social moods and the prime miniister was the face of the government which Poles believe was responsible for the situation. It may have seemed back then that the “Morawiecki Project” was coming to an end.

The prime minister, however, was saved by one thing: polls showed that the pandemic is the worst problem with which Poles are struggling, so Morawiecki made a promise that we will be able to return to normality if the national vaccination program is successful.

Morawiecki’s credibility could have been questioned after he had announced last year that the pandemic was in retreat just prior to the second round of presidential elections when Law and Justice wanted to convince older people that they can safely go out and vote. This time social sentiment worked in his favor — Poles trusted the prime minister once again not because he was credible, but because they really wanted to believe him.

Despite initial difficulties, much points to there soon being more vaccine doses than people willing to get vaccinated.

Almost 7 million people have been fully vaccinated and over 13 million have received their first jabs. Masks no longer have to be worn outdoors and cafes, restaurants, cinemas and malls have been reopened. Normality is slowly returning which will definitely improve social sentiment and increase confidence. The vaccination program may turn out to be what shields Morawiecki himself from political problems.

The trampoline for rebuilding the prime minister’s position was to be the Polish Deal. For a few days it was the leading subject but was effectively covered by other issues which PiS leader Jarosław Kaczyński mentioned in interviews. Despite this, Morawiecki’s situation is not bad.

PiS will hold a convention in summer during which the prime minister will most likely become the party’s deputy chairman. A recent IBRiS survey concerning who should replace Kaczyński in the future was also beneficial to Morawiecki, as he was in the survey’s lead. Second came Michał Dworczyk, who is the government’s plenipotentiary for the vaccination program. This shows that the subject of vaccines seems to currently be the key to social emotions.

Interestingly, Morawiecki is also the unquestioned victor among PiS’s electorate, which may suggest that he has already become accepted by right-leaning voters as Kaczyński’s successor.

Nevertheless, the prime minister’s strong streak at the moment is also partially due to the Polish opposition. The last weeks have been a spectacular display of its weakness. Meanwhile, it should be the opposition’s job to scan the head of government, verify the truthfulness of his statements or hold him accountable over his declarations.

If the opposition is busy with itself instead of with the government, then the prime minister has even fewer reasons to be worried.