Duda praised a total of nine people from various countries 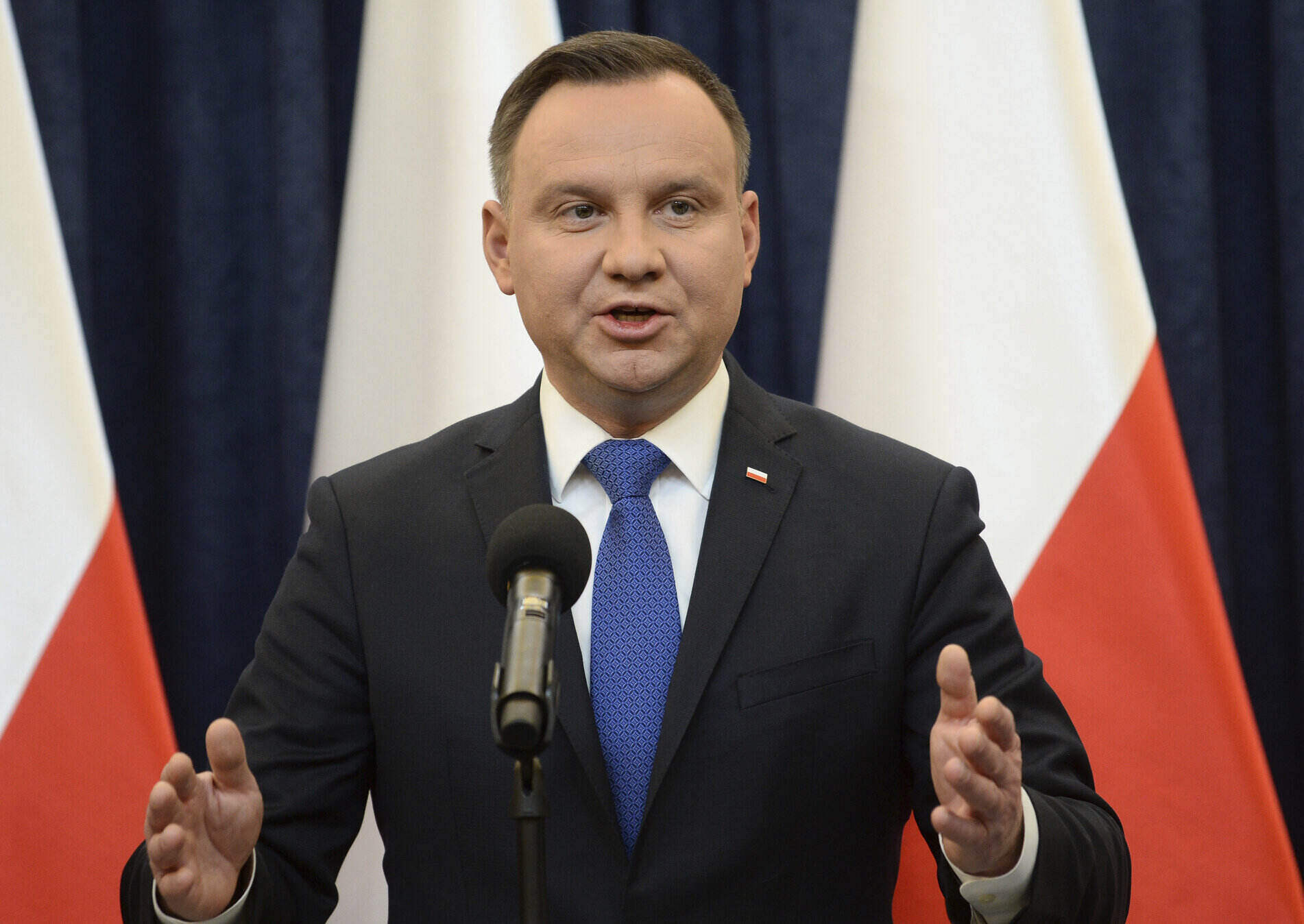 Polish President Andrzej Duda honored the Czech couple Anna and Jan Jelínek in memoriam and praised their actions during the Second World War.

“According to various estimates, Jan and Anna Jelínek helped in Volhynia about a hundred people of different nationalities — they provided them with food or shelter, often saving their lives,” said Lucie Zakopalová from the Polish Institute in Prague. Eva Jelínková, the niece of a married couple, took over the Virtus et Fraternitas medal in Warsaw. According to the PAP agency, Duda praised a total of nine people from various countries.

Jan Jelínek was born in 1912 in Zelov, Poland, which was founded by Czech post-White Mountain Battle exiles, and from 1937 he worked as an evangelical pastor in the Czech village of Kupičov in Volhynia.

“Even after the attack of Soviet troops on the eastern territory of Poland in September 1939, he helped Poles fleeing to Romania and hid them in his parish, and after the German invasion, he helped the Jews and called on his parishioners to help,” Zakopalová explained in a press release.

He married in 1942 and secretly smuggled food to the Kovel ghetto with his wife Anna and helped local Jews escape.

“At the time of the Volhynian massacre, with the ethnic cleansing of the Polish population in Volhynia led by the Ukrainian insurgent army, they were hiding Poles,” Zakopalová described. According to her, the couple joined the Czechoslovak army in 1944 and both received Czechoslovak honors after the war.

Later, however, Jelínek, who worked as a pastor in Podbořany, was persecuted by the communist regime.

“In 1958, as a political prisoner, he was sentenced to two years in prison, suffered a severe spinal injury while working in a mine, and after his release, he had to work in manual occupations,” Zakopalová said. The Jelíneks died in 2009.

“It is a symbolic moment in which we thank those who have been able to show their brotherhood in the most difficult times. Regardless of their nationality, they perceived humanity and showed love for their neighbor,“ said Duda at the award ceremony.

“Today, I awarded the Virtus et Fraternitas medals to Foreigners who helped Poles and Poland, protecting them from death and destruction by totalitarianism and murderous ideologies in the 20th century. The medal was established in 2017. Free Poland remembers and thanks you!” said the president on Twitter.

The Virtus et Fraternitas award is given by the Polish president on the proposal of the Pilecki Institute, a research and educational institute dedicated to the legacy of the fight against totalitarianism. Foreigners who saved Poles during World War II and during communist totalitarianism usually receive honors. According to the PAP agency, this year the Polish president awarded nine people from the Czech Republic, Slovakia, Romania, Ukraine, and Hungary with this award.

“The Jelíneks, both the husband and the wife, are the first Czechs on this list,” pointed out the Polish Institute in Prague.