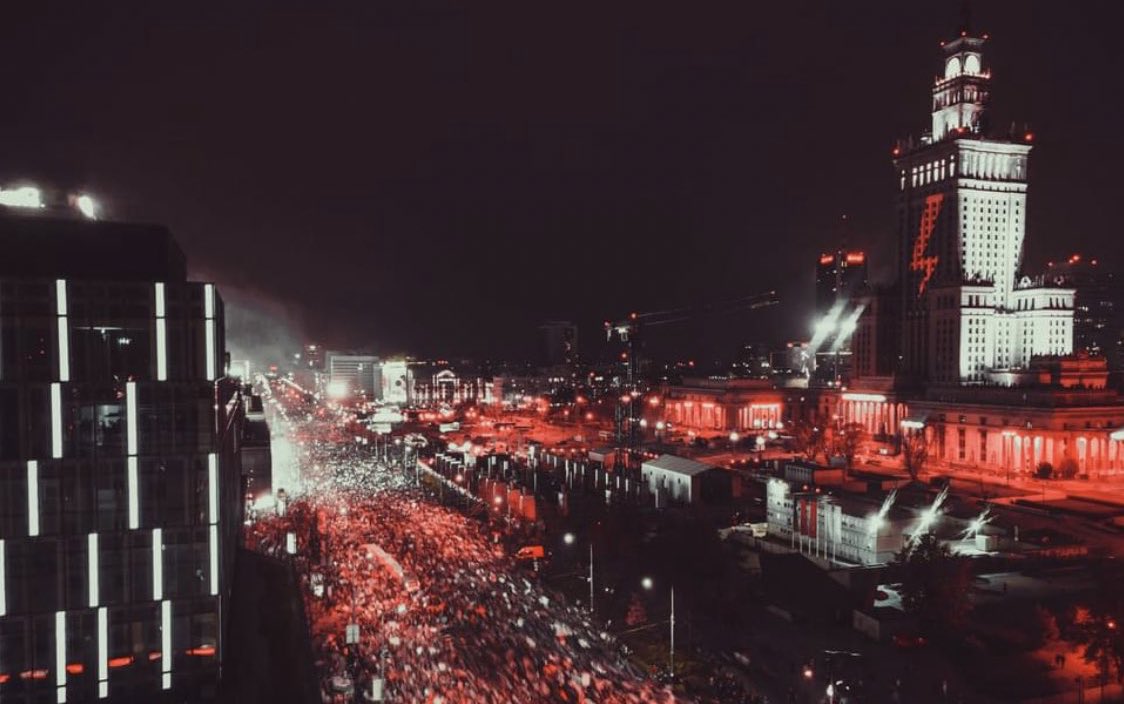 Poland’s ruling party has lost almost 15 percentage points of supporters after the week of protests over the verdict of the Constitutional Court that eugenic abortion was incompatible with the constitution, according to a survey published by IBRiS for Polish news portal Wirtualna Polska.

If a general election were held on Sunday, Law and Justice (PiS) would win, but with a very poor showing. Only 29 percent of Poles would support the current government compared to the 43.59 percent who voted for PiS in 2019.

The 15-percentage point drop in support is the lowest PiS has polled in years.

The poll shows that 24 percent of voters would support the main opposition party, the Civic Coalition (KO). One of Poland’s newest political parties, the “Polska 2050” party led by former presidential candidate Szymon Hołownia, would receive 14.9 percent of the votes. Another 6.9 percent would support the Left party and 5.3 percent would choose the right-wing Confederation. The Polish People’s Party (PSL) would receive only 3.3 percent of votes and would not pass the electoral threshold to enter parliament.

Another 16.6 percent of voters are undecided as to whom they’d support. The forecasted turnout would be 41.2 percent.

This is not the first survey to show that PiS has taken a massive hit in support. Another poll conducted by the Centre for Public Opinion Research (CBOS) showed only 31 percent of voters would choose PiS, which amounts to a 9-percentage point decrease compared to CBOS’s previous survey.

According to the authors of that report, the mass pro-abortion protests in the last week of October accounts most for the drop in PiS’s support.