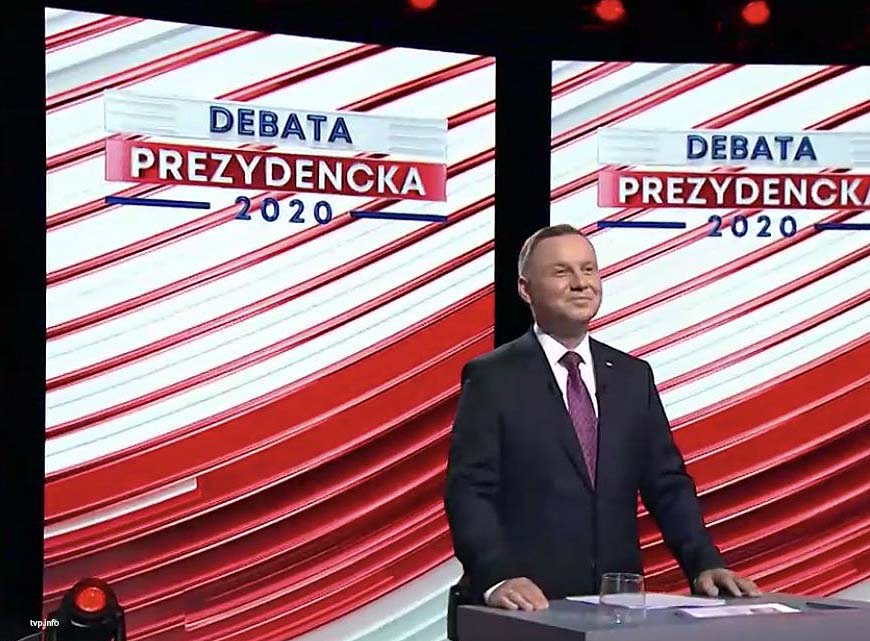 A poll conducted by Social Changes for the news portal wpolityce.pl shows President Andrzej Duda at 39%, maintaining a lead of 11 points over his main liberal rival, Rafał Trzaskowski, 28%, in the first round of voting.

Both candidates have lost one point each since the last poll.

Holding steady in third place with 15% is the independent candidate and TV celebrity Szymon Hołownia. The radical right candidate of the Confederation Liberty and Independence party, Krzysztof Bosak, stands at 7% of the vote.

The Polish People’s Party (PSL) candidate Władysław Kosiniak-Kamysz has gained two points, rising to 6%. Leftist activist Robert Biedroń has dropped one point, coming in sixth with just 3 % of the vote.

But another survey conducted by Kantar agency for daily “Rzeczpospolita” reports that the main opposition challenger Rafał Trzaskowski could win in the second round.

Like the Social Changes survey, the poll shows Duda (38%) winning by 11 points in the first round over Trzaskowski (27%). But in the second round, the president is trailing by two points.

The Kantar survey also shows Hołownia at only 8%, just two points ahead of both Bosak and Kosiniak–Kamysz, with Biedroń at 4%.

The Kantar survey reports that 11% of the voters remain undecided.

That number of undecideds rises to 16% in the second round in which Trzaskowski is projected to be at 43% and Duda at 41%.

According to both the surveys, the intention to vote is rising. According to the Social Changes poll, turnout has risen by three points and is now projected to be 73% on polling day.

Both polls were taken before President Duda’s visit to the US was announced. And the research was conducted before the televised debate that took place on Wednesday.