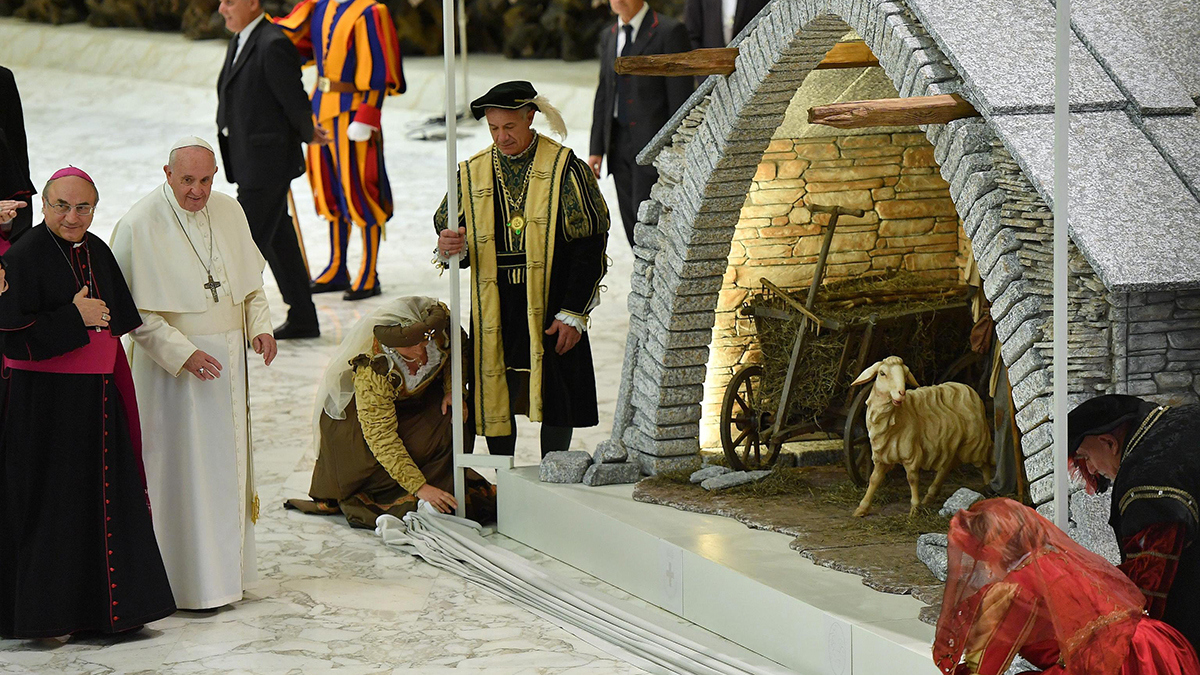 Pope Francis paid an impromptu visit to the nativity scenes exhibition of the Vatican on Monday, where he delivered a short speech at the Hungarian scenes, with the country being the guest of honor of this year’s exhibition.

Pope Francis spoke shortly in Italian, emphasizing the importance of families and saying all families awaiting Christmas this year should look upon the example of the Holy family because it is the symbol of faith, hope and love.

He also asked auxiliary bishop Ferenc Cserháti, leader of the Hungarian delegation, about the demographic situation in Hungary.

He also sampled the szaloncukor, a type of sweet associated with Christmas and customary to eat in Hungary, Romania and Slovakia. He offered his thanks for it by saying “God bless” in Hungarian.

This year’s nativity exhibition in the Vatican was the 100th one, with Hungary chosen as the guest of honor because it is the country which will host next year’s International Eucharistic Congress between Sep. 13 and Sep. 20.

Hungary has been a permanent exhibitor at the nativity expo since 1993.