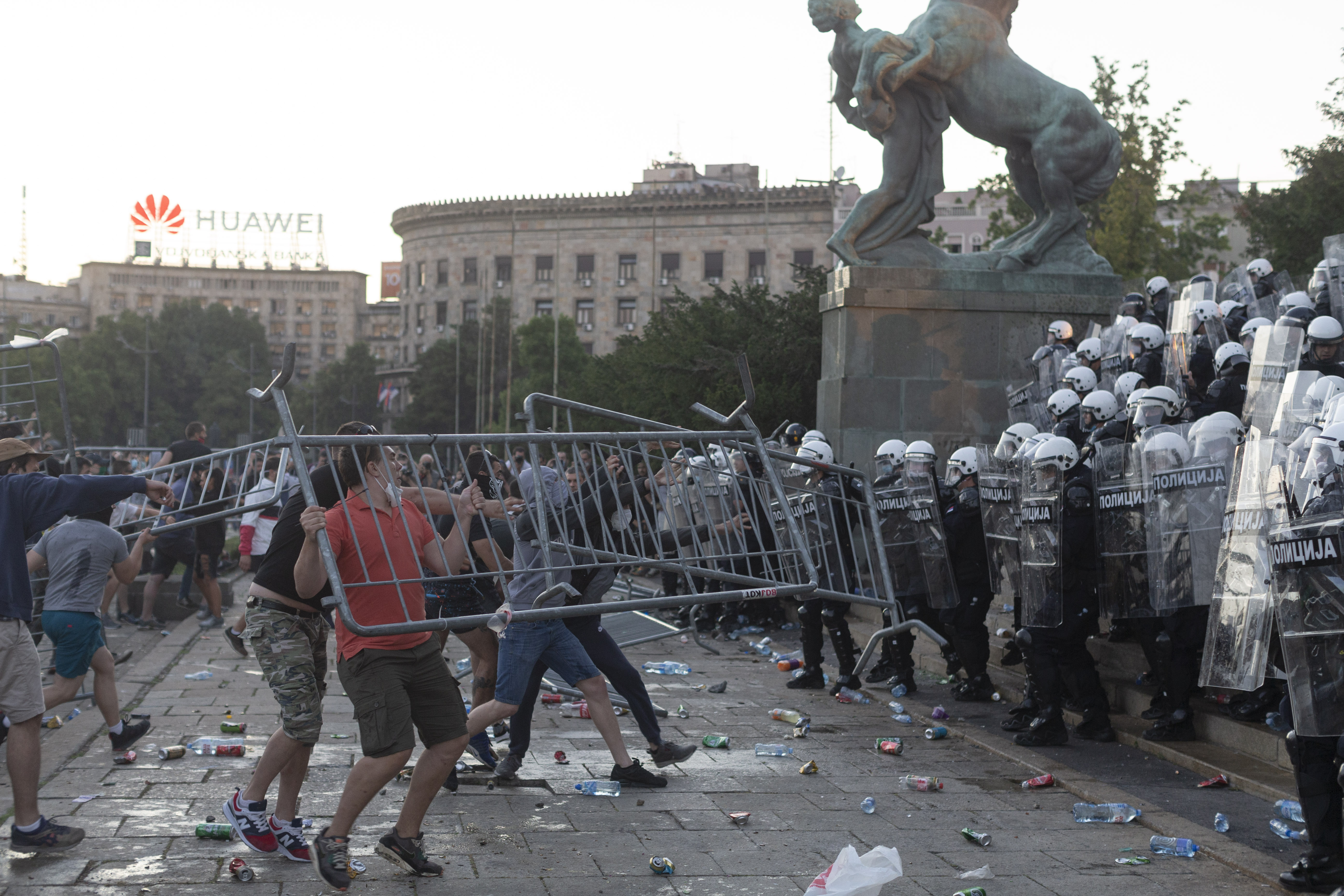 The Serbian capital Belgrade and a few regional cities have for the second day running been disturbed by violent protests against President Aleksandar Vučić’s plan to reintroduce a weekend curfew as the country is faced with a resurgence in coronavirus numbers.

Protests began Tuesday night in Belgrade, after President Aleksandar Vučić announced earlier that day that in view of the worsening coronavirus infection numbers he will reintroduce a weekend curfew. Protesters set police cars on fire, clashed with police and threw stones and other objects at Parliament building, which was the focus of the protests.

There were also protests in the regional cities of Niš and Novi Sad (Újvidék in Hungarian), with protestors there gathering at the local headquarters of Vučić’s Serbian Progressive Party (SNS).

Although on Wednesday, Vučić backtracked from his plan to reinstate the weekend curfew, he also said that the protests were organized by opposition parties which didn’t make it into parliament at the recent elections in which Vučić’s party won 188 seats in the country’s 250-seat legislation.

“Even if I say that there will be no curfew, they will continue to protest,” Vučić  said during the day on Wednesday. As he predicted, violent protests continued last night.

Title image: Protesters throw barricades at riot police in Belgrade, Serbia, Wednesday, July 8, 2020. Police have fired tear gas at protesters in Serbia’s capital during the second day of demonstrations against the president’s handling of the country’s coronavirus outbreak. President Aleksandar Vucic backtracked on his plans to reinstate a coronavirus lockdown in Belgrade this week, but it didn’t stop people from firing flares and throwing stones while trying to storm the downtown parliament building. (AP Photo/Marko Drobnjakovic)