Putin on relations with Poland: We should work on the principle of pragmatism 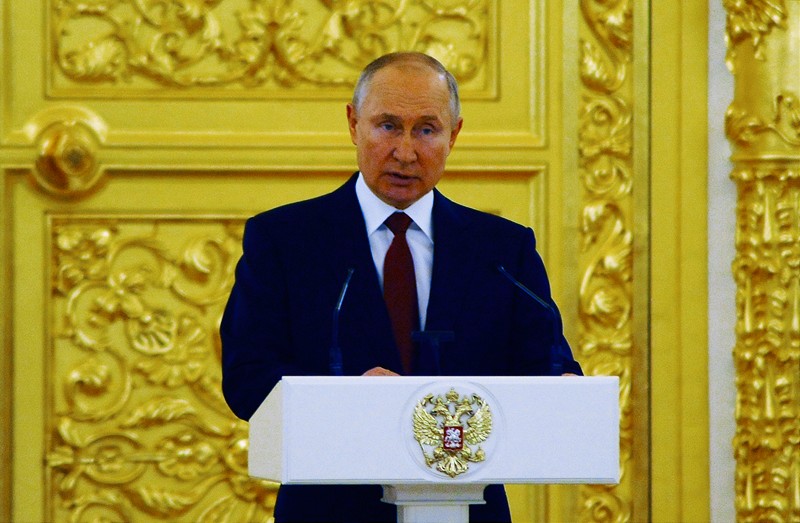 Russian President Vladimir Putin said that the difficult matters in Russian and Polish relations can be solved by working on the principle of pragmatism and acknowledging the interests of both sides. He added that Russia is in favor of such a constructive approach.

“Russian-Polish neighbors could of course be much more substantive and productive, especially since we are neighbors around the Baltic Sea,” Putin said while accepting formal diplomatic letters of credence from the new Polish ambassador to Moscow Krzysztof Krajewski in the Kremlin.

The Polish diplomat was among 23 representatives of foreign states who gave letters of credence to the Russian president and officially started their missions in the country.

In his speech to the ambassadors, Putin assured that Russia is ready for mutually beneficial partnerships on the international arena and for cooperation “based on the principles of equality and non-interference in internal affairs.” He also criticized “politically-motived sanctions”.

Putin evaluated that the global situation is unstable and is becoming increasingly complicated. He pointed to the coronavirus pandemic which, according to him, caused huge damages to everyone. He also emphasized the threat of terrorism.

“The degradation of the strategic stability and arms control system is also a cause for no less worry,” he said.

In context of exacerbating old conflicts, Putin expressed concern with the sudden escalation in the Middle East. The Russian president believed that both sides of the Israel-Palestinian conflict should cease violence.

He also announced the entry into service of the fourth Russian vaccine against coronavirus, which should happen soon.

Ambassadors from 23 countries took part in the ceremony in the Kremlin. They arrived in Russia in the last few weeks and in addition to Poland’s ambassador, there were also diplomats from Afghanistan, Moldavia, Romania, and Switzerland. This was the first ceremony of handing in letters of credence in Moscow in 2021. Such ceremonies are usually organized a few times every year.