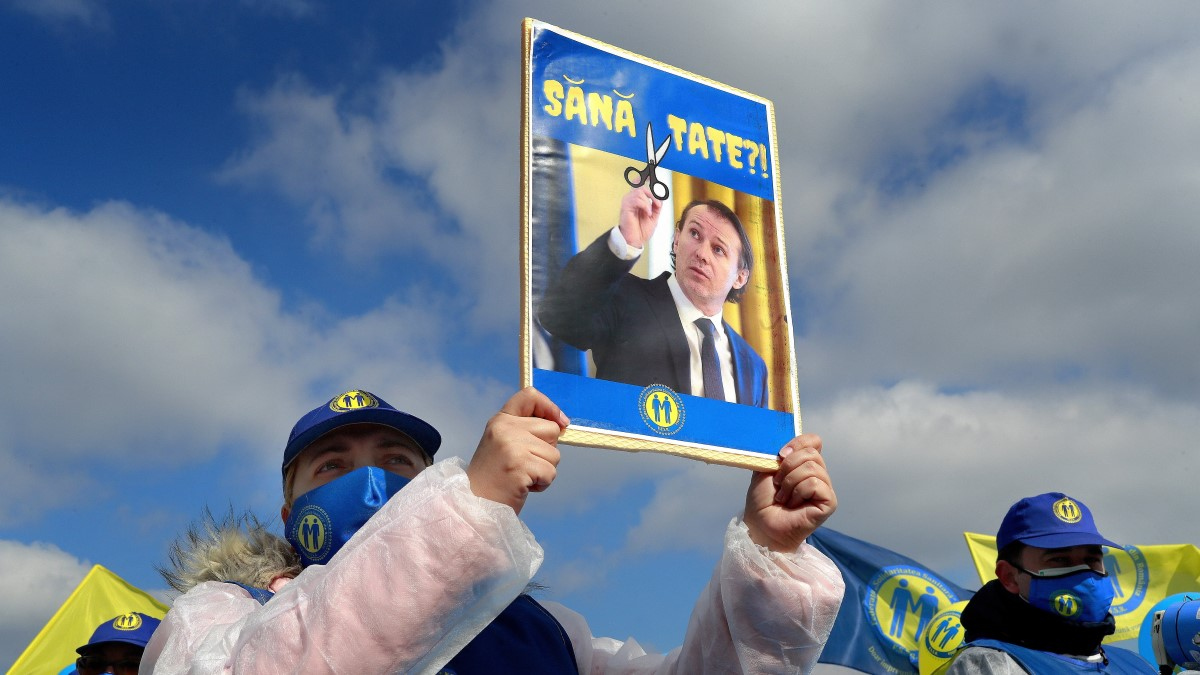 As many analysts feared upon seeing the composition of the new Romanian legislature elected on Dec. 6, the country remains mired in a political instability that has lasted more than a decade. Having barely had passed the 100-day mark, the Romanian government finds itself mired in a deep crisis.

It was sparked last week by Prime Minister Florin Cîțu sacking Health Minister Vlad Voiculescu, who signed a coronavirus decree of the ministry without consulting with Cîțu first. The Romanian governing coalition consists of the National Liberal Party (PNL), the centrist USR-PLUS alliance and the Democratic Alliance of Hungarians in Romania (known by its Hungarian acronym of RMDSZ), which all have different opinions about the activities of Voiculescu, who is part of the USR-PLUS.

The current three-party coalition is already the tenth government of Romania in as many years.

The first crisis meeting of the leaders of the center-right governing coalition in Bucharest failed on Monday: USR-PLUS continues to demand the dismissal of the liberal prime minister, but PNL and RMDSZ support Florin Cîțu.

According to USR-PLUS, it cannot be without consequences that Cîțu replaced one of their ministers without their consent, but press reports say they would already be satisfied if the prime minister could change his government only with the approval of the coalition. The PNL and the RMDSH do not seem to accept a restriction on the powers of the prime minister, saying that the head of government has the constitutional right to decide on the recall of ministers.

Upon ending the meeting, leading members of PNL and USR-PLUS did not make any substantive statements to reporters who guarded the entrance to the meeting room for four hours. RMDSZ President Hunor Kelemen said that the three-party coalition which was formed barely four months ago “cannot afford greater tension, a conflict”. He also expressed his conviction that the governing coalition could avoid a serious political crisis.

Citu did not give details of the coalition negotiations either, but told Digi24 news television that for his part, he wants to continue working together with the coalition partners and wants to implement the goals and reforms included in the government program. He added that the country’s partners and foreign investors have given a clear signal that trust in the coalition government formed in the wake of the December elections.

The prime minister also announced that, as acting minister of health, he had ordered the establishment of an expert committee to investigate the accuracy of the data in the coronavirus mortality statistics.

At a press conference on Friday, Cîțu and PNL were accused by the sacked Vlad Voiculescu of providing false data on the number of deaths in the coronavirus. The prime minister rejected and called Voiculescu’s accusations irresponsible, which he said were fueled by anti-virus conspiracy theories, but promised to investigate whether there were any grounds for the accusations.

Cîțu reiterated that he was waiting for USR-PLUS to nominate a new official for the post of health minister. Coalition leaders will resume talks on Tuesday.