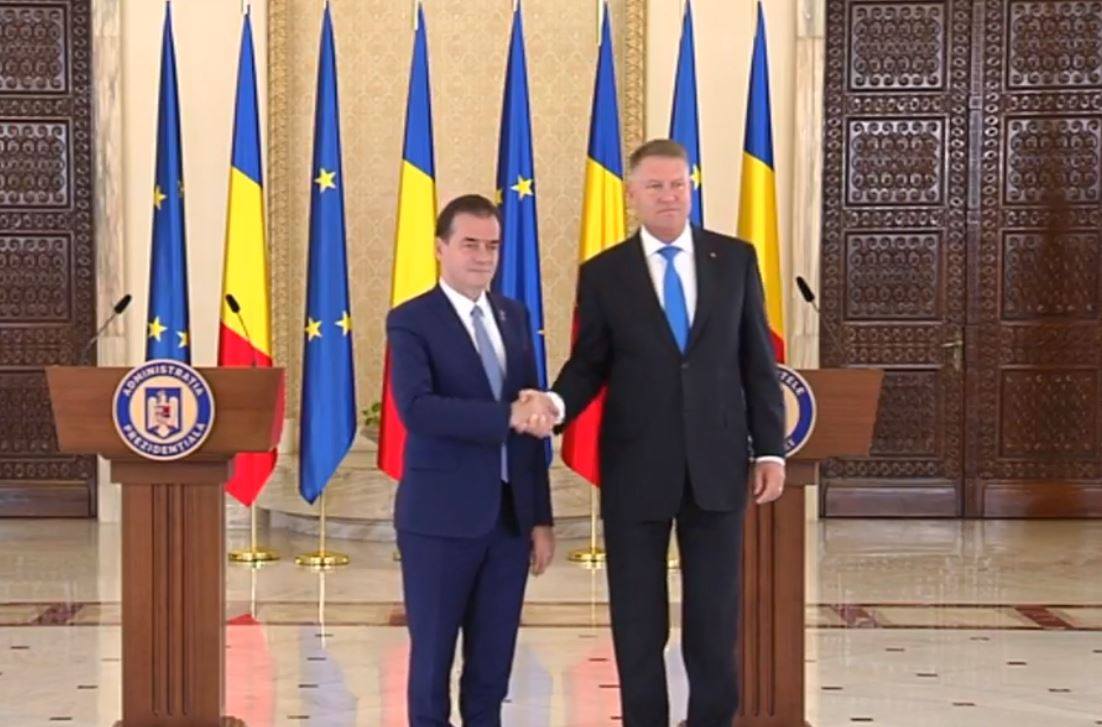 Less than a week after the Social-Democrat (PSD) cabinet of Viorica Dăncilă had been removed by a vote of no confidence, Romanian president Klaus Iohannis has appointed Ludovic Orban, leader of the National Liberal Party (PNL) to form a new government.

“PNL was the only party that came to the consultations saying it is prepared to assume governing in this period of transition,” Iohannis said when announcing Orban’s appointment. “The government to be will only have short mandate until the next parliamentary elections.”

Orban – whose party only has less than 100 representatives in the 465-strong bi-cameral Romanian parliament – said that “chances of Parliament approving the new government are better than they were from those of the vote of no confidence”. The vote of no confidence was passed by a joint session of parliament with 238 votes, more than the minimum 233 required for an absolute majority.

Orban, a 56-year-old engineer by training with a post-graduate degree in political sciences, has been the president of PNL since June 2017, the same party which was led by Iohannis until 2014 when he was elected president of Romania. Orban has previously been minister of transport in 2007-2008 and a member of parliament from 2008 to 2016. Born in Brassó/Brașov to a Hungarian father and a Romanian mother, he has a basic command of Hungarian. He is married with one child.

The Democratic Alliance of Hungarians in Romania will only decide about supporting Orban’s government after he has announced the members of his cabinet and government program.

“I told the President (Klaus Iohannis) that we won’t be handing a blank cheque to anyone,” RMDSZ president Hunor Kelemen said. “We won’t say either yes or no to the new government until we know who it will consist of, what their program is and what measures they plan for the next one year.”

The next legislative elections in Romania are scheduled for late 2020 or early 2021, but given the interim nature of Orban’s government – if it passes parliament  – an earlier date is more likely.

In the mean time, Romania will also hold presidential elections this November.