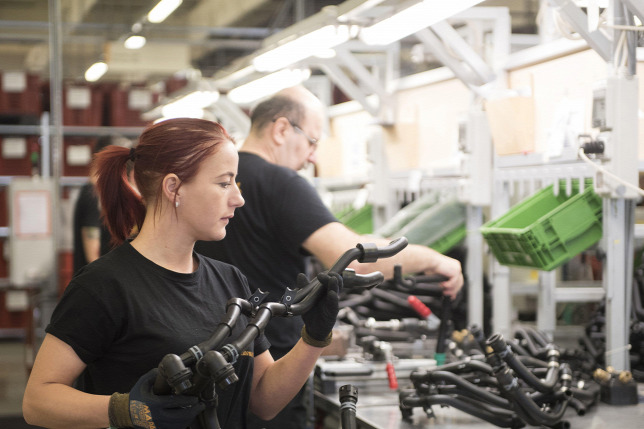 A batch of freshly released economic indicators shows that the Hungarian economy continues to exhibit dynamic and well-balanced growth.

According to unadjusted data released by the Central Statistics Office (KSH), industrial output in November was 3.6 percent higher than in the same month of 2018, while data adjusted for working days (the more meaningful comparison) indicates that industrial performance rose by 5.7 percent.

This was coupled with a record high employment rate of 70.2 percent in the 15 to 64 age bracket, while unemployment remained at a record low of 3.5 percent.

As a consequence of the above two data points, which indicate a workforce shortage in some sectors of the economy, employers had to pay significantly higher wages.

This also means that since 2015, average wages in Hungary rose by a cumulative 52.5 percent, which is the highest sustained wage rise period since the 1970s.

Prime Minister Viktor Orbán has made it a priority to keep the country from becoming a destination for migrants who might drive down wages for Hungary’s citizens and increase unemployment. The policy appears to be working.

The rapid growth in wages also has had a substantial impact on consumption. After a 6.8 percent year-on-year increase in October, retail sales rose by 6.2 percent in November, not least because of very strong demand during Black Friday.

Elsewhere in the economy, Hungary largest regional bank, which is also an important player in the East-Central European region, completed its purchase of a 99.73 percent stake in Slovenia’s SKB Bank, which means that with its other regional subsidiaries, OTP is now present in 12 countries.

While the bank is only scheduled to release its full-year financial report in February, OTP President-CEO Sándor Csányi said that last year OTP Group outperformed the previous year’s results, and according to preliminary data, performed well in all financial indicators.