She invited him to Slovakia during a private audience

Slovak President Zuzana Čaputová met with Pope Francis at the Vatican, and according to the Slovak daily SME, she handed him Slovak PCR tests for coronavirus in a private audience and invited him to her country.
According to the president, the pope ordered Slovakia to fight on and endure as it struggles with the coronavirus crisis.
“I am honored to send you greetings from Pope Francis to Slovakia. We are close to his heart, he respects us and thinks of us even in these difficult times. He tells us that we have to persevere, fight, and, most importantly, stick together. His words during our conversation were extremely satisfying. It was a word of reconciliation and hope,” Čaputová wrote on Instagram.
In the photos they took, they are both without face masks. The president wrote that they did not wear them at the pope’s request.
“But we were all tested to protect him,” she explained.
According to the president, the pope accepted the invitation to Slovakia, but it will depend on the situation in the world. ”
He is really sincere in his interest to come,” Čaputová stated, adding that the pope’s health was also an important factor.
Čaputová, who did not hide her Catholic faith even during the election campaign, also spoke with the pope about the deepening division of society.
“I very much appreciate the attitude of the pope, who has long advocated for the poor, the socially weak people in need. It is a great inspiration to listen to his words about the importance of love for each person without distinction,” she wrote.
During Monday’s audience at the Vatican, the pope also reportedly said that nothing would be the same after the crisis.
“That is why we all must work together to unite the world so that we can confront our challenges,” said Čaputová.
At the meeting, the pope also spoke about the role and position of women in this crisis.
“He literally said that women are closer to life through motherhood, and therefore can play a perhaps more important role in calming the situation and uniting the world and the country,” she said.
“We are united by the belief that one of the most important tasks facing us today is to unite our societies, to reassure people, to unite our countries, to show that in times of real threat we can put off disputes, cooperate and return to basic values of love for one another,“ she added.
She gave four Advent candles to the Pope, which the Slovaks made from recycled material — as a symbol of the fight against climate change — in a sheltered workshop. František also received a painting of the Patroness of Slovakia, the Virgin Mary.
Besides that, she also donated 10,000 PCR tests from Slovak scientists. According to Čaputová, they will serve at the Vatican as a contribution to the hospital during these difficult times where they take care of homeless people.
Title image: Pope Francis celebrates Mass on the occasion of the feast of Our Lady of Guadalupe, in St. Peter’s Basilica at the Vatican, Saturday, Dec. 12, 2020. (Remo Casilli/Pool via AP) 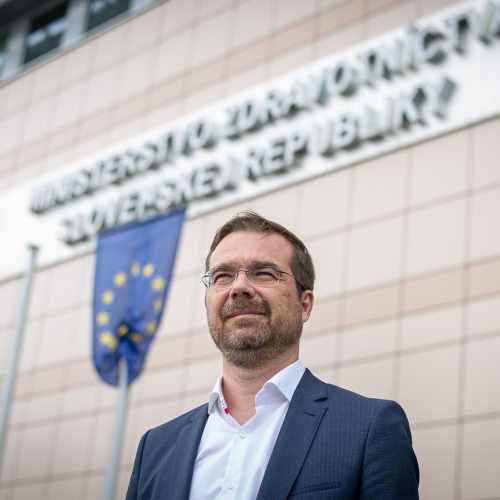