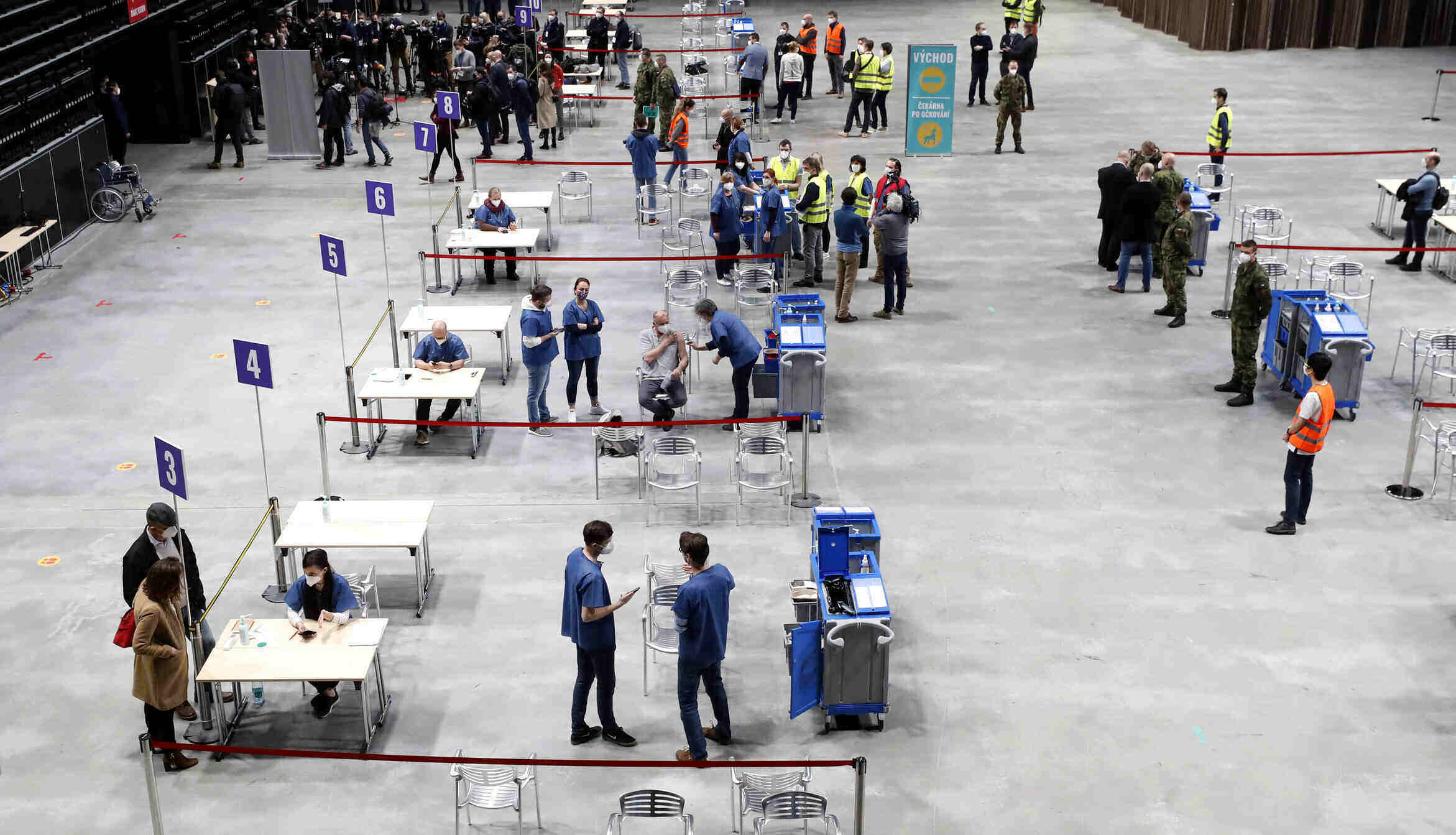 A vaccination campaign is being launched only now

Slovaks interested in getting vaccinated register in the so-called waiting room and receive vaccines gradually according to age. There are currently only 270,000 people in the waiting room, and there is a real risk that there would be no one to receive the jab by the end of the month.

Throughout May, a considerable number of vaccines will arrive in Slovakia and will probably reach every registered applicant. However, in a country of 5 million, a vaccination campaign is only gradually being launched to convince the undecided.

The campaign is starting on the Internet, on television, and on radio stations.

“Seniors will also receive a leaflet together with their pension in May,” confirmed Zuzana Eliášová, a spokeswoman for the Slovak Ministry of Health.

So far, 21 percent of Slovaks have received the vaccine, and in the current situation, interest in vaccination may end up at 38 to 48 percent. Experts point out that it is not enough to achieve herd immunity. To achieve this, it would be necessary to vaccinate at least 60 percent of the population. There are currently 65,000 people aged 18 to 30 in the waiting room but, for example, only 128 people over the age of 85.

As part of a pilot project, general practitioners should also start administering vaccines in the country, but so far, the vaccination is mainly taking place in hospitals, polyclinics, and large-capacity vaccination centers.

“Especially older patients have more confidence in their general practitioner,” warned the district doctor from the Dúbravka district of Bratislava.

So far, 55 percent of people in the age group over 60 have received the first or second dose. According to experts, this number should reach up to 80 percent because it is the most endangered age group.

According to a public opinion poll, the Pfizer vaccine enjoys the greatest trust among Slovaks.

“I was given a date to get AstraZeneca, but I refused. I’ll be 60 in a month, I’ll be eligible for Pfizer. I’ll wait,“ Tibor from the Central Slovak town of Tisovec told the Právo daily.

Lenka from Rimavská Sobota did not hesitate to travel 70 kilometers to the town of Revúca, where she was given an appointment immediately after registration.

“I have high blood pressure and the health insurance company evaluated that I should receive a vaccine from Pfizer even at my age,” said the 35-year-old woman.

Tomáš from Bratislava registered his parents for vaccination in the town of Malacky.

“I used the new regulation that the vaccine will be given to an escort of a generation over 70 years of age, and I was vaccinated without any problems. We all got Pfizer,“ he said.

Ján from Bratislava is overweight, and the health insurance recommended he be vaccinated.

“I received the AstraZeneca vaccine in a large-capacity center set up at the Slovan football stadium,” he confirmed.

Title image: A person gets Pfizer vaccine at the National vaccination center in Prague, Czech Republic, Friday, April 9, 2021. On Friday the center, that is the biggest in the country, held its final trials before being able to vaccinate up to 10 000 people a day. (AP Photo/Petr David Josek)