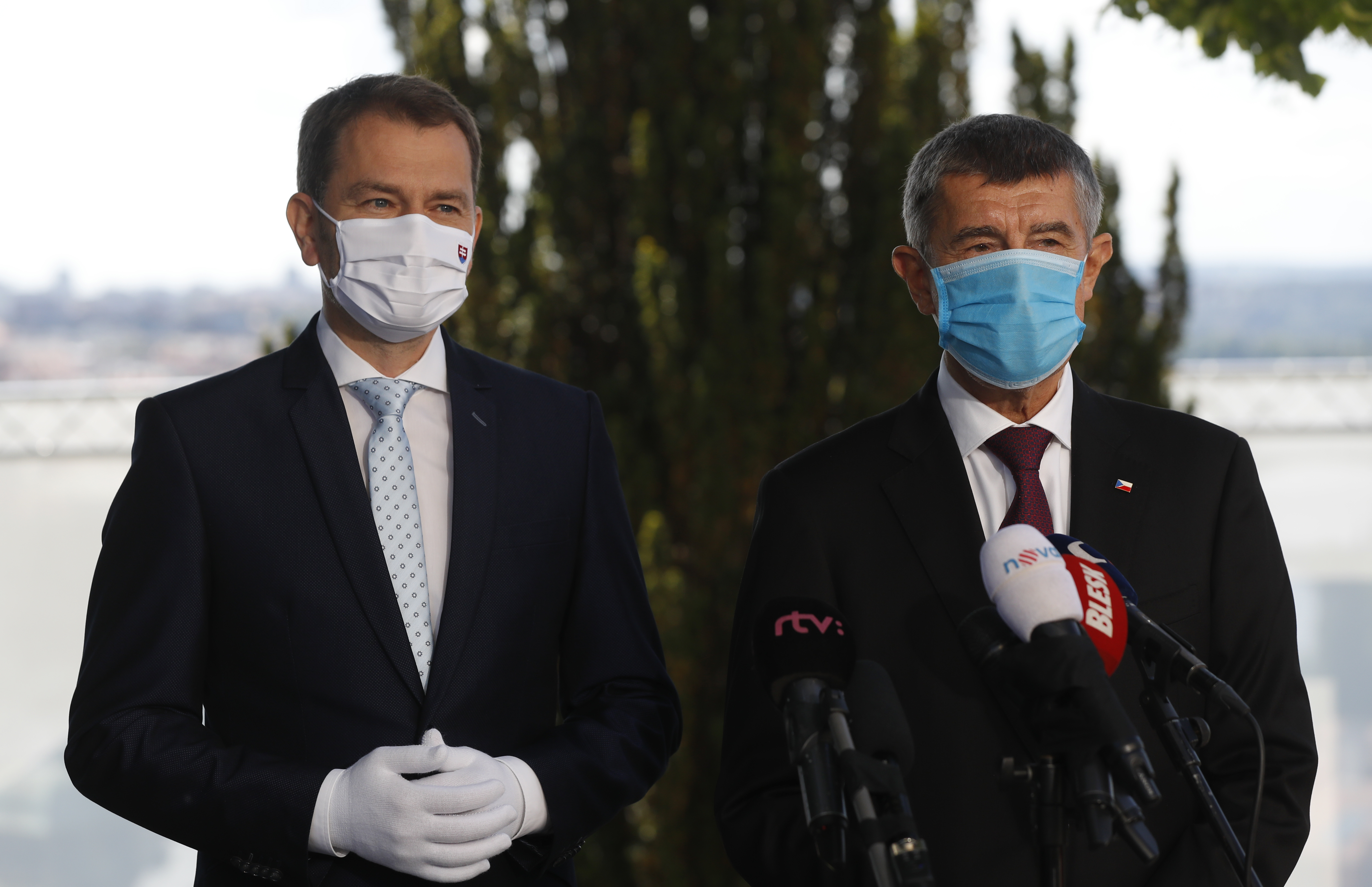 The two leaders announced that free movement would begin starting midnight. The meeting in the Czech Republic was Matovič’s first foreign visit since assuming office.

During a press conference, Babiš announced that the Slovak prime minister brought a “gift“, which they already discussed two days ago. He continued by explaining that the borders would open and return to the pre-pandemic state.

“It is our joint present and surprise,” Matovič stated.

“From midnight, Czechs and Slovaks can freely and normally move between the Czech Republic and Slovakia, as it was before the virus came,” added Babiš, who in his owns words said he kept a secret and did not tell anyone about the “gift”.

Travel between Czech Republic and Slovakia should help tourism sectors

The good news about accelerating the relaxation of border measures comes at a time when Austria has also abolished border controls with neighboring countries other than Italy.

Slovakia is the second export country for the Czechs after Germany and the second travel destination after Croatia, Babiš reminded at a press conference after the meeting. According to him, the opening of borders is an opportunity for both countries to support each other through tourism.

“We are like Siamese twins, I am glad that we are returning to normal,” added Matovič, who invited the Czechs to visit Slovakia.

According to Babiš, the opening of the borders so far concerns individual transport, and reopening for public transport is dealt with by the interior ministers. Matovič said that Slovakia has no problem with the resumption of connections between the two countries and expects the Czech Republic to react similarly.

According to the Slovak Prime Minister Matovič, both the Czech and Slovak governments should hold an annual meeting this year in Slovakia. In a previous statement, Matovič said that opening the borders would allow the countries to create Czechoslovakia once again.

Immediately after Matovič’s arrival, a welcoming ceremony followed, including the arrival of an honor guard and a demonstration of state anthems.

With regard to the quarantine measures, Babiš welcomed Matovič wearing a face mask and gloves, with his Slovak counterpart equipped in the same manner. Despite their protective gear, the two politicians hugged amicably.

Babiš then showed his Slovak colleague a unique view of Prague. According to both prime ministers, the whole meeting was friendly and held in an informal atmosphere.

The talks between Babiš and Matovič addressed the impacts of coronavirus pandemic and the most important European topics.

Prime Minister Igor Matovič later met with the Czech president Miloš Zeman, who congratulated him on his victory in the parliamentary elections and the formation of his cabinet. Zeman also emphasized that extremist movements and parties had not succeeded significantly in Slovakia, the president’s spokesman, Jiří Ovčáček, recounted of the meeting.

By visiting Prague, the Slovak prime minister, who won the February parliamentary elections with his group Ordinary People and Independent Personalities, observed a tradition that the prime ministers of both countries head for their first foreign trip to their Czech or Slovak neighbor.