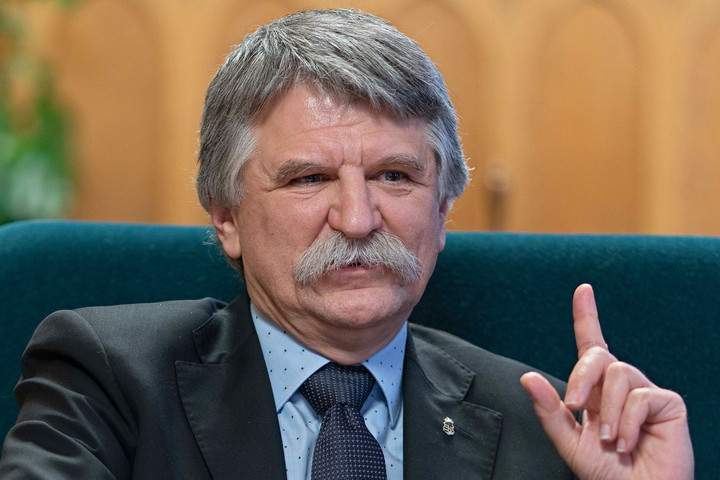 Social media and the spread of fake news undermines public trust, polarizes societies and is a means of manipulation,said President of the Hungarian Parliament László Kövér at a conference of European Union speakers of the house on Monday. The conference was chaired by the presidents of the two chambers of the German federal Parliament, the Bundestag and Bundesrat, and is part of a year-long series of events designed to discuss the future of the European Union.

Kövér said that the handling of the series of conferences, which will run until the spring of 2022, with the participation of the EU institutions, member states, local authorities and EU citizens, gives the impression that the whole process is a spectacle, with a pre-written scenario and a pre-determined outcome. He emphasized that it was not the European Parliament, the European Commission or the European Council that had the strongest democratic legitimacy in the EU, but national parliaments

Kövér emphasized that he agreed with his colleagues who were concerned about the “polarization of politics”. As he said, the reason for the division is that “we have lost trust in each other”. He added that trust should not be further undermined and “we need to show that we are interested in the other’s opinion”. The speaker of the Hungarian Parliament emphasized that it must be decided whether censorship in the online sphere without democratic legitimacy and manipulation by fake news should be accepted or rejected.

He said that social media giants that rely on algorithm-based management of people’s attention have fundamentally changed the public. Traditional media lose their filtering and mediating function, and the social media that replaces them with “pockets of public opinion” supports the spread of hatred and misleading information, and divides society.

This is how the “common space of shared experience and debate” that is absolutely necessary to maintain democracy, especially in an increasingly diverse society, disintegrates, Schäuble said.