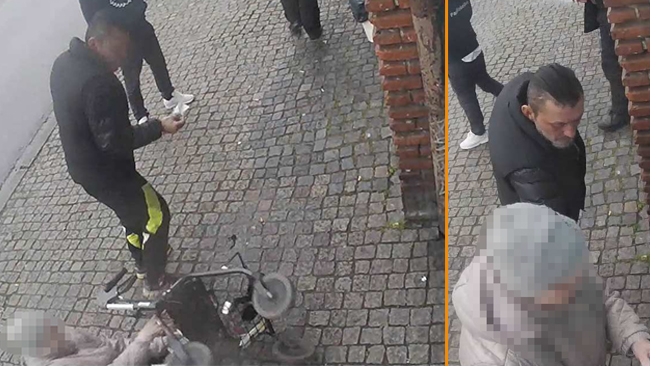 After an 83-year-old woman with a walker withdrew money from an ATM at Olof Palme’s place in Malmö three days before Christmas Eve, she was pushed to the ground and robbed. A 45-year-old Romanian beggar is now prosecuted for aggravated theft and assault at Malmö District Court. The attacker confessed to the crime during police interrogation, Nyheter Idag reported.

A surveillance camera at the ATM captured the man in a group with other men becoming interested in the actions of a woman who withdrew 500 Swedish Krona (€49.48) banknotes and put them in her pocket. The woman then withdrew 100 Swedish Krona (€9.89) banknote, which the robber managed to get after pushing the resisting woman.

However, the 83-year-old woman paid a much higher price as she received a wound in the head and suffered heavy bleeding. When she was admitted to the hospital, complications arose, and she had to stay for at least four weeks. Through her legal representative, she stated that she wants to participate in the trial’s main hearing.

During police interrogation, the Romanian man said that he earns his living by begging or working part-time jobs. He admitted to the robbery when he saw the surveillance camera images.

A witness described to the police what happened when he confronted the Romanian and his friends.

“When I stepped out (of a car), the men were standing right in front of me, and I told them, “look what you did to her”. Then they turned to her and back to me and made a sign with their hand as if they did not care. Then the men started to leave,” the witness said.

“One went to the right and the other straight ahead. I followed the one that went to the right around the house. When I followed him, I noticed that he had increased his speed. I thought I would not catch up, but I followed anyway and shouted “see what you have done”. But he just kept walking away from me. After a while, he turned around and then started walking with me back. When we got to the lady, we saw a lot of blood on the ground. It was startling how much blood there was,” the witness added.

Title image: The surveillance camera at the ATM captured the incident (nyheteridag.se)