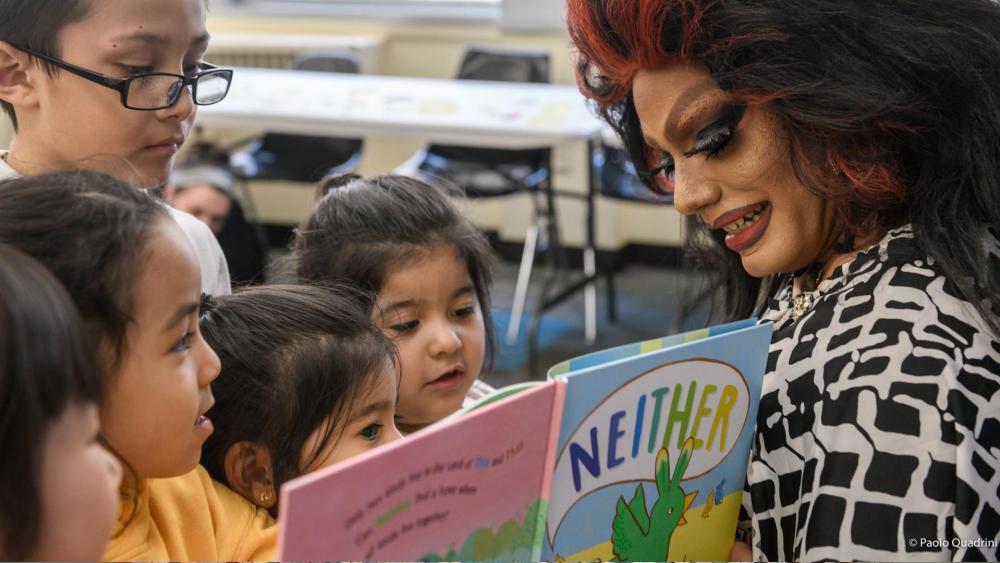 The Swedish government will use the equivalent of $175,000 to fund drag queen shows and book readings for children, with the government paying for the project with the inheritance money of dead Swedes who passed away without an heir.

The money will be disbursed by the Public Inheritance Fund, a state organization that will provide the funds to MUMS Cultural Association in Stockholm. With the money, the organization will organize transvestite and transgender events for Swedish children, including reading books on gender issues and fairytales to a variety of age groups.

The MUMS association describes itself as, “a politically independent association that wants to broaden the cultural offerings in Sweden with a special aim to work for LGBT issues, diversity, and equality.”

The project follows on the heels of a number of similar initiatives featuring drag queen story hours in public libraries in the United States, the United Kingdom and Canada.

The events have sparked a fierce backlash in the U.S., with over 100,000 people, many of them Christians, signing a petition to stop the events. The petition says the drag events “use the library’s privileged position in the community as a source of knowledge to introduce children to sexual concepts which are well beyond their understanding.”

In Sweden, a country known for its extreme stances on LGBT issues, open borders and gender issues, the trans project for kids has similar goals, with Sweden’s General Heritage Foundation stating that, “the project will together with children, young people and adults with disabilities, develop available normative creative fairy tales in the form of drag shows.”

The Swedish program will also use “drag show workshops” in order to help “children, young people and adults with disabilities, develop available normative creative fairy tales in the form of drag shows.”

The promotion of trans library events and other activities with sexual undertones in countries like Sweden and the U.S. have led countries in Central and Eastern Europe to promote a traditional understanding of gender and sex for young people.

Of particular note is Poland. Liberal opposition figures have pushed back against the Law and Justice party’s new sexual education law, which promotes a clear and narrow definition of what is acceptable to teach children about sexuality, particularly when it comes to sex education funded by taxpayers.

The Polish law is an attempt to combat the promotion of sex for minors by pushing educators to stick to the basics, which means a focus on educating children about the biological facts surrounding sex along with information about how to prevent STDs.

Polish social conservatives are concerned with what is happening in other countries when it comes to mixing a liberal agenda with public education, especially when most Poles believe that parents should be the main source of sexual education at home.

That is why in countries like Hungary, the Czech Republic and Slovakia – where gay marriage has never been legalized – the issue has served as a rallying cry for conservatives. Many citizens of these countries feel that even if they were to accept issues like gay marriage, it would eventually lead to children being introduced to “drag workshops” and other forms of progressive social programming as it has in other countries.

While the Swedish government pushes forward with drag queen story hour, not everyone in the country is happy, with users across social media expressing their disdain with the program.

One Twitter user even appealed to the Polish government, saying, “Time to ask Poland for asylum!”

Other users objected to drag itself, with one commenting:

Drag is to women as blackface is to blacks. Humiliating stereotypes and mockery of everything feminine. They portray women through clown face as vapid, vain, sex objects. DQSH teaches boys to mock women and teaches girls they are the butt of jokes. Sick.

Despite criticism from some social media users over the drag project in Sweden, much larger protests in the U.S. have not stopped the events from occurring even after a number of scandals.

U.S. activists are particularily concerned about the participation of sex offenders in drag storytime events, with an event in Houston, Texas, allowing a registered sex offender to read stories to children.

In Dallas, one drag queen also read What Color is Your Underwear? to a group of young children, sparking protests from parents and community members.

The whole concept of drag queens reading books to children was started in 2015 by Michelle Tea with the goal to “give kids glamorous, positive, and unabashedly queer role models.”