Václav Klaus urges defending the nation and the natural order. 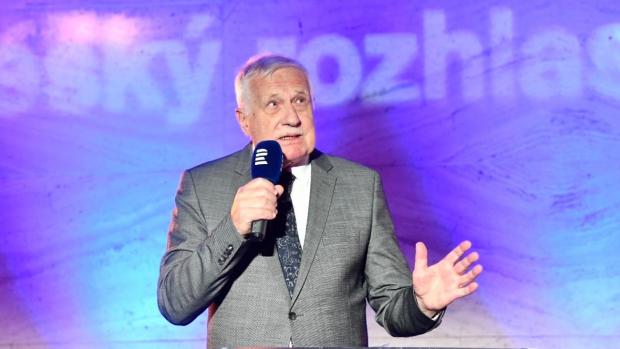 The ideological differences arose at Prague’s conference on the 30th anniversary of the fall of the Iron Curtain held on Nov. 11.

At the beginning of his speech, former President Václav Klaus commented on the events of November 1989 and the subsequent social transformation.

“The fall of communism, initiated by the events of Nov. 17, is the greatest event of our modern history, as well as a very positive one,” he said. “It has led to a radical transformation of our lives. It enabled the rapid and profound political and economic transformation of our society, which allowed us to become a full-fledged European country in a relatively short time. That was exactly what we wanted.”

Klaus then emphasized the goals of this transformation, which were freedom, democracy, the market economy, and national sovereignty. At the same time, he considers these attributes to be all the hallmarks of an advanced society.

According to Klaus, the Czech Republic was successful in reaching these goals.

The former president is also convinced that the experience of communism provided Czech people with increased sensitivity to the weakening of democratic principles caused by new threats. In this regard, he mentioned the dangers of multiculturalism, genderism, environmentalism, and transnationalism as “an ideology that prevails in Western Europe, which we did not anticipate in November 1989.”

At the same time, he appreciated the critical attitudes of the Visegrad countries towards these tendencies and warned against the formation of new iron curtains within Europe.

“We must continue to defend the attributes of the natural normal world,” Klaus concluded.

“We have to stop thinking at the state level, we have to broaden the structures in which we belong to,” urged Wałęsa, who emphasized the need to use new technologies to solve current issues at the global as well as the continental level.

According to the former Polish prime minister, we are currently situated between two epochs in human history. He said it is clear that in the upcoming epoch there is no risk of communism making a return. At the same time, capitalism in its present form will have no place in the new era as well. Despite this belief, Wałęsa thinks that the market economy will continue to be an important part of the future’s societal order.