The EU has failed during the coronavirus pandemic, says Czech President Zeman

Nation-states do not need the EU to handle the crisis, says Czech President Miloš Zeman 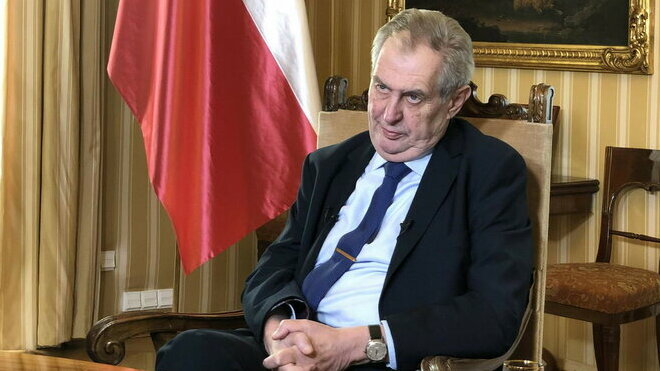 Czech President Miloš Zeman said he thinks the European Union, and especially the European Commission, have failed in the face of the coronavirus outbreak, in remarks he made during a Sunday interview for Blesk, The Czech president also believes the crisis will weaken the EU and says “it is time for a change.”

Zeman also criticized European Commission President Ursula von der Leyen’s repeated calls to keep national borders open during the virus outbreak. According to him, her appeals would have only led to the further spread of the COVID-19 epidemic if countries had heeded her demands.

Zeman said he was glad that the Czech government had closed the border.

“If the borders stayed open, the epidemic outbreak would be incomparably larger,” he said.

Despite Zeman’s claims, in an interview for DPA, the European Commission president said she was still convinced that border closures had failed to stop the virus from spreading. According to her, closed borders only harmed some companies significantly and interrupted key supply chains across Europe.

Von der Leyen stressed that “it is the internal market that has made the EU as strong and wealthy as it is”.

According to Zeman, however, most European nation-states handle the crisis well.

“Not all of them, but Czechia certainly has,” Zeman added.

Zeman believes the epidemic proved the inability for the EU to coordinate effectively. He pointed out, for example, that the EU has no pandemic plan that could have helped handle the crisis better.

According to the Czech president, it is time to change the rules under which the EU and its leading politicians operate.

“Let’s try to keep the founding politicians in the EU’s leadership instead of the featureless white-collar losers,” Zeman said.

In general, Zeman appreciated the measures introduced by the Czech government during the coronavirus crisis.

He said he plans to bestow the top state award on epidemiologist and Deputy Health Minister Roman Prymula, for his role in leading the Czech Crisis Staff in the first weeks of the crisis in combating the coronavirus epidemic.