Czech Republic: Illegal migrants discovered hiding in truck after making too much noise

Two migrants aged 22 to 26 refused to surrender to the police. 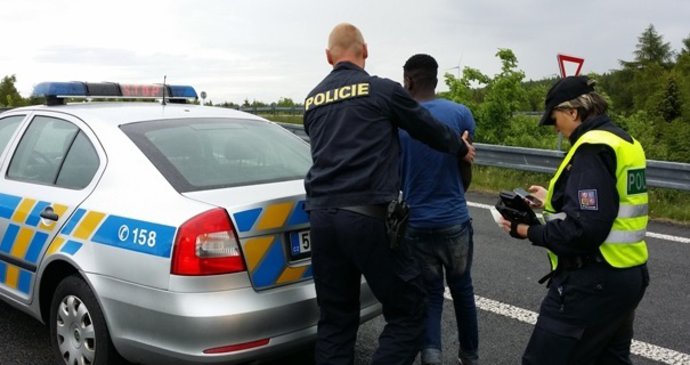 A Romanian truck driver discovered four illegal migrants from Africa in his truck as he was driving through the Czech Republic after they started making too much noise, according to Czech news portal idnes.cz.

The driver said that the migrants made so much noise that he could not help but notice their presence. He called the police, who arrested the African migrants, aged 22 to 26, in the Vyškov region in the eastern part of the Czech Republic.

“They made so much noise that the truck driver simply had to notice them. The surprised driver then evaluated the situation correctly, stopped at the nearest gas station, and promptly alerted the police,” said police spokesman Petr Vala.

Once cornered, the migrants refused to surrender to the police and tried to escape. Police officers then had to use physical force while detaining them.

“Two of the refugees refused to cooperate, so it was inevitable to use coercive measures and handcuffs,” commented Vala on the actions of the police officers.

The police then transported the migrants to a detention facility.

“Now, we will proceed to ascertain whether they are applicants for international protection in another member state of the European Union,” the spokesman concluded.