Éric Zemmour, a critic of French President Emmanuel Macron, is being attacked by the Macron-backed Journalistic Ethics Council 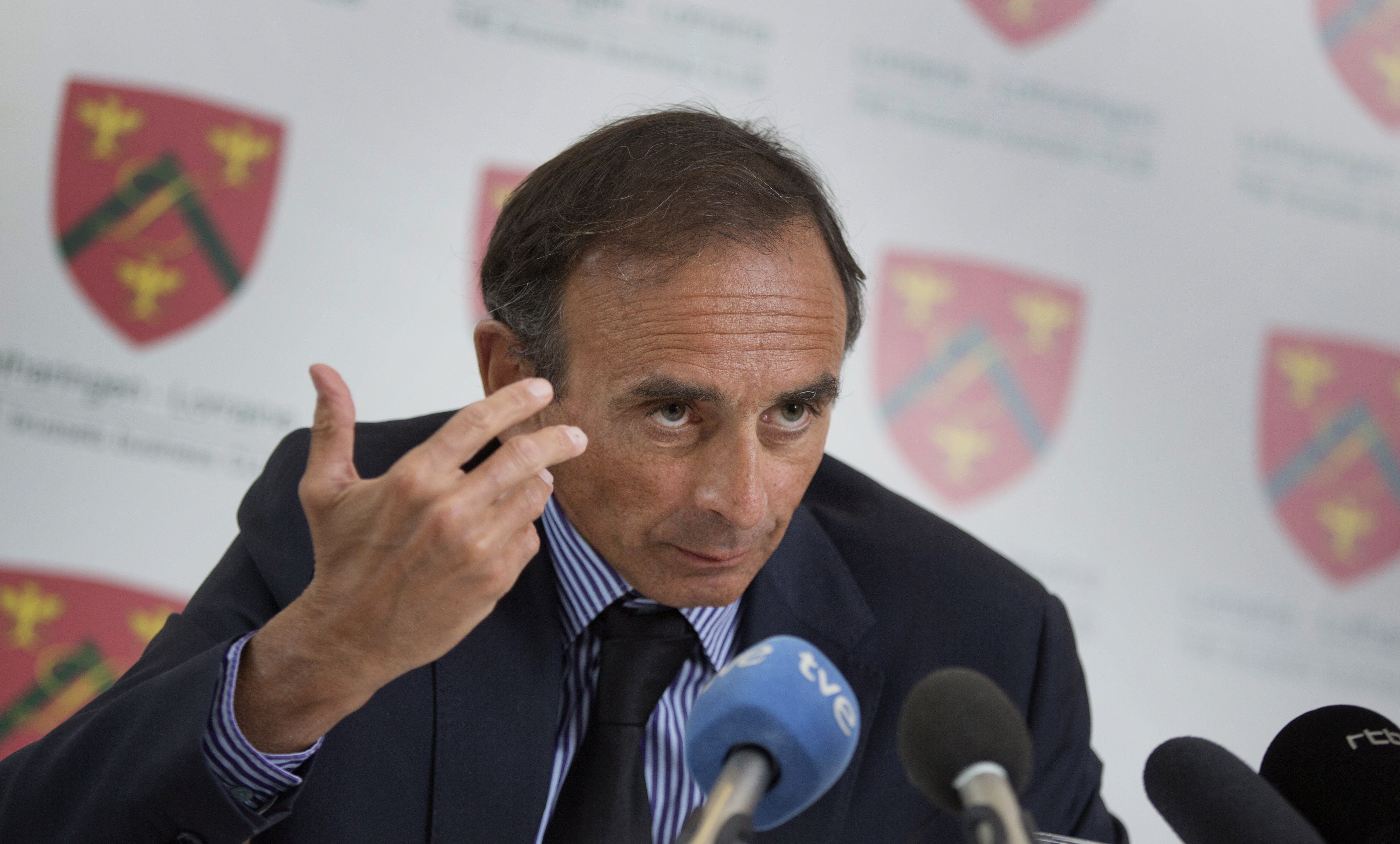 The campaign against influential conservatives in France is ramping up, and this time, popular French conservative polemicist Éric Zemmour is in the crosshairs.

He is being targeted by a Journalistic Ethics and Mediation Council created in December 2019 on the initiative of the French government and President Emmanuel Macron. Although this Council has no power to impose sanctions, it is there to exert pressure journalists over so-called ethical and moral offenses, whereas, by European standards, the freedom of expression of journalists and commentators is already particularly limited in France because of the existence of freedom-destroying laws that are unique in Europe.

“On Tuesday, the Journalistic Ethics and Mediation Council condemned the lack of professional ethics of Christine Kelly and Éric Zemmour on the CNEWS program ‘Face à l’Info.’ An umpteenth offensive of the ‘cancel culture’ against the conservative camp” wrote the only right-wing mainstream weekly in France, Valeurs Actuelles, on Jan. 28.

“Face à l’info” is a news and debate program on current affairs presented by journalist Christine Kelly and hosted by writer, columnist and polemicist Zemmour.

According to Challenge magazine, which claims to have information “from corroborating sources”, “the rise in the ratings of Face à l’info worries the government. President Emmanuel Macron is preparing a second presidential campaign, and the columnist’s analyses influence a certain segment of public opinion. Zemmour’s influence is growing to the point that the Élysée Palace would not be in favor of the takeover of Europe 1 by the Canal+ Group, a subsidiary of Vivendi, controlled by Vincent Bolloré who is the Breton billionaire who is the employer of Zemmour.”

After CNEWS was warned about Zemmour’s comments on Islam and the Algerian war by the French broadcasting authority (CSA), made up of members who are ideologically and politically close to the current left-wing majority, it is now the turn of the new Council for Journalistic Ethics and Mediation (CDJM) to go on the offensive against the conservative polemicist.

In a statement, the CDJM condemned Éric Zemmour’s remarks describing Taha Bouhafs, an extreme left-wing activist and reporter for the Le Média website, as an Islamist and indigenist activist. Le Média is a news site close to the far-left party, La France Insoumise (LFI), which is often itself accused of complacency towards Islamist and indigenist movements in France. In today’s France, “Iindigenist” refers to a BLM-style racialist (some would say anti-White racist), “Decolonial” movement (see here for additional explanations).

Criticizing the CDJM’s communiqué, Valeurs Actuelles recalls the radically anti-Zionist stance taken by this Taha Bouhafs and his role in launching a “March against Islamophobia” in November 2019. Many media outlets have since reported that Islamists were given a prominent place in the march. Some associations that co-organized the event, such as Baraka City and the Committee against Islamophobia in France (CCIF), which are close to the Muslim Brotherhood, were dissolved after the beheading in October 2020 of teacher Samuel Paty by a Chechen Islamist.

Valeurs Actuelles also underlines the very leftist-progressive composition of the CDJM, with members who have committed militant acts in favor of the anti-Zionist causes in the past, which could explain the complacency of this Council of Ethics which was pushed by Macron in favor of a far-left activist reporter close to the Islamist and indigenist movement.

As for the CDJM’s president, Patrick Eveno, Valeurs Actuelles highlights his radically progressive ideology and his links with Le Monde, the leading daily newspaper of the left and center in France, which means, in large part, of Macron’s electorate.

In this open letter, journalists from these major public and private media outlets explained that “they do not trust the way the CDJM is being created today” because “it is a government initiative” and “the worst thing that can be done to the media today would be to force them to comply with an artificial standard of ethics. It is readers who judge journalists, not journalists who judge each other.”

The journalists’ and editors’ societies of these media groups also drew attention to the fact that “the creation of this CDJM comes at a time when alarming signals are being given. In addition to the virulent declarations of several political leaders against the press, two laws have been passed since the election of Emmanuel Macron, marking a circumvention of the 1881 law guaranteeing the free practice of our profession and the free information of citizens… In both cases, the unanimous request of the professional organizations that it should be explicitly stated in these texts that their provisions did not concern the normal exercise of the profession of a journalist, which falls within the scope of ordinary procedures, always in accordance with the 1881 Act, was refused by the government and its majority. For all these reasons, we refuse to fall into what we consider at this stage to be a trap.”

There are now fears that the moral condemnation of Zemmour by a council of “ethics” and “mediation” is being used in order to stifle dissent in the lead up to the 2022 elections in France, especially with even left-wing outlets calling the CDJM’s legitimacy into question.