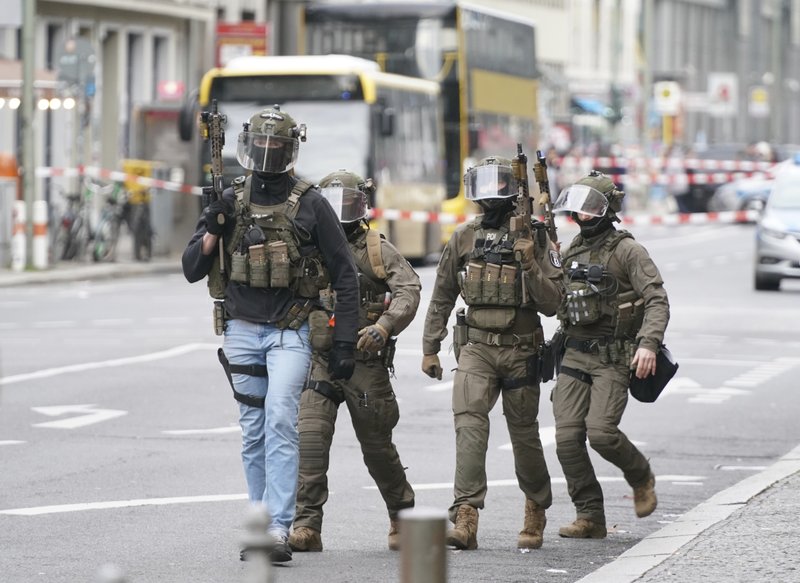 This month, German and international news have announced the disbanding of the Frankfurt special police task force known as SEK. The bold headlines have informed about the uncovering of a right-wing extremist group, chat rooms with far-right content, and quoted the political decision-makers as saying that there was “no other choice” than to disband the “unruly” police unit with immediate effect.

When he spoke about an immediate effect, the state of Hesse’s interior minister, Peter Beuth (CDU), was not exaggerating. As he put it “regardless of the outcome of the investigation, it is clear to me that none of these people will work for a special unit in Hesse.”

He would never tolerate such a misconduct, added Beuth.

In the political atmosphere of Angela Merkel’s Germany, such a statement might not even raise an eyebrow among the country’s citizens, but when a state minister is free to disband a police unit “regardless of the outcome of an investigation”, this raises serious questions not only about the principle of presumption of innocence, but about the state of democracy in Germany.

That no German media outlet had criticized him for such a deeply flawed statement and the knee-jerk reaction to shut down one of the best trained and busiest special forces units in the country based solely on preliminary reports and his subjective perception, speaks volumes of the state of the freedom of speech in Germany.

Only one news portal, Tichys Eniblick, one of a handful of independent media outlets critical of the German government left in the country, has made an investigation into the allegations and has published its findings in an unsettling report. It has also pointed at minister Beuth’s statement that, according to them, disregards facts and removes the right to presumption of innocence from civil servants. According to Tichys’ report, the findings have been uncovered as a continuation of a previous investigation into the conduct of another SEK officer, whose had allegedly downloaded some pedophile material onto his phone. This investigation itself has been ongoing for over four years now without a court ruling, but it has also offered a pretext for the inspection of laptops and phones of other police officers. Six of them have even had their homes searched.

During the review of personal data carriers, investigators have uncovered a number of chat rooms, in which officers have engaged in casual conversation, but no evidence has so far been offered to prove allegations of far-right or extremist views. According to reports, a number of the posts have contained references to gypsies and the word “Nafri”, which refers to suspects of North African origin. In one post, an officer calls the authorities of an African country stupid for being too slow to process a request with regards to an ongoing case. The chats also contained a number of macho jokes that went beyond the remit of good taste.

Problems have been found during an inspection of the headquarters of the police unit too. They found a makeshift shrine to police officer Mark Klement who was killed in 2019 during the pursuit of a gang of Romanian suspects. The widow of the officer — who also left behind an 11-year-old daughter — had donated some of the deceased officer’s gym equipment to the unit, and a few officers have made it a mark of respect to do some push-ups in front of the shrine.

The investigators have deemed this a sign of inappropriate “glorification and self-adulation” of their fellow fallen officer, just as they have found it conspiratorial that officers have referred to each other as “comrades”. During the search of the premises, some heavy police weapons were found to be drying in rooms and were placed around randomly. Moreover, the fact that weapons were found to be in special lockers, which is entirely in line with regulations, in order to enable officers accessing their equipment quickly in times of emergency, was also criticized.

The members of the elite SEK unit were for now either suspended or dispersed among riot-police or property crime units, which is regarded as a humiliating demotion for those involved. The closing down of the Frankfurt SEK also means that victims of serious attacks will have to wait an extra 30 minutes for the nearest SEK unit to arrive from Kassel, which will no doubt put lives at serious risk.

In the meantime, the two burglars who were involved in the police pursuit that that resulted in the SEK officer’s death in 2019, were sentenced to suspended prison terms, which means they will not serve any prison time.