The Left Party has broken away from the Civic Platform’s domination of the opposition and has behaved responsibly by supporting the recovery plan, evaluated PiS MEP Zbigniew Kuźmiuk 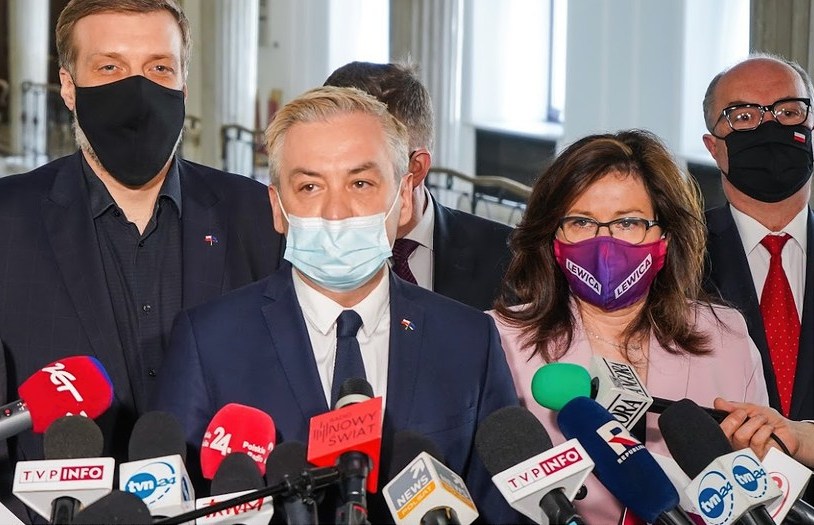 On Tuesday, The Polish government has accepted the bill concerning ratifying Poland National Recovery Plan (KPO) to gain access to the European Union’s Recovery Fund. Despite one party in the United Right indicating they will reject the plan, the support of the Left Party means the bill has a chance at passing.

Each member state must ratify their National Recovery Plan document in order to gain access to the EU Recovery Fund, and the documented must be presented to the European Commission by the end of April.

One of Law and Justice’s (PiS) coalition partners within the United Right, Solidarity Poland, has opposed the ratification of this document. It turns out, however, that it may pass in the parliament thanks to the votes of the Left Party, which has claimed it will support the recovery plan in exchange for using the fund to fulfill a number of the party’s objectives, including more money for social funding.

“For five years we had been dealing with a ‘total opposition’, although not always from the side of the Left. Meanwhile, the Civic Platform dominated and demanded the subordination of other political parties beneath it. Moreover, I’d like to remind people that not long ago, the Civic Platform presented the concept of a coalition without consulting the idea with other opposition groups,” Kuźmiuk said. He pointed out that it is possible to reach an agreement when it comes to matters incredibly important to Poland’s future.

The MEP says that not only did the Left behave responsibly, it also did not break its promises from Brussels when all Polish MEPs voted in favor of the recovery plan and EU multi-annual financial framework.

Kuźmiuk noted that PO’s behavior was surprising since as early as December 2020, the party’s leader, Borys Budka, had declared that he will support the KPO in parliament. He had later committed a complete turn and wanted to force other opposition groups to do the same, but the Left broke away.

“I believe that the Left perfectly outplayed the Civic Platform. PO has been completely led politically astray,” said Zbigniew Kuźmiuk.

Left MP Dariusz Wieczorek referred to PO politicians’ comments, that the Left had betrayed them. He stressed that the current issues concerned funds which were meant to reach Poland and that this was the responsibility of all political forces to reach an agreement in the matter.

“We cannot allow for there to be political games because Europe is looking at what is happening in Poland. It would be completely bizarre if it turned out that we were actually wondering whether these funds were even useful to Poland. The Left led Poland into the EU and will surely not be the one to have it leave,” he said.

After their Tuesday meeting with Prime Minister Mateusz Morawiecki, the Left party announced that the prime minister had agreed to their conditions after negotiations. One of the Left’s leaders, MEP Robert Biedroń, stated that he had gained support for the party’s six points.

Morawiecki was to have accepted the proposal of constructing 75,000 homes for rental as part of the KPO.

“We also negotiated €850 million to support municipal hospitals and at least 30 percent of the KPO’s funds will reach local governments,” stated Biedroń. The government was also to have accepted higher support for companies affected by the pandemic — an additional €300 million will go to industries damaged by the pandemic and the hotel and restaurant industries in particular.

The Left party leaders announcing the backing of the Polish National Recovery Plan at the press conference in the Sejm. MEP Robert Biedroń in the front.  Apr. 27, 2021, source: klub-lewica.org.pl