By decreeing against the European Central Bank’s purchase of government bonds, the German court put state law above European law 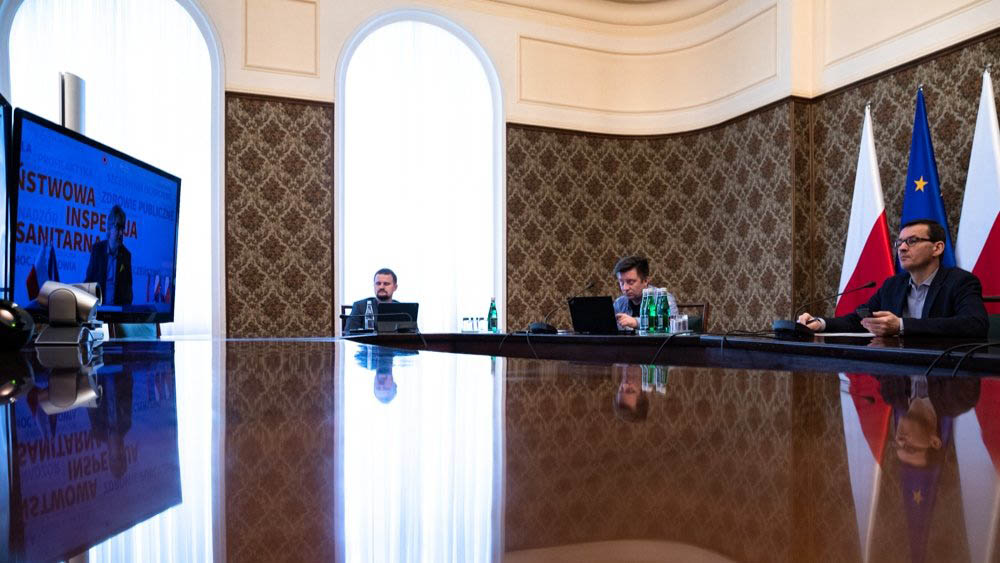 Germany’s top court decision last week to put national law above European law is “one of the most important [decisions] in the EU’s history”, said Polish Prime Minister Mateusz Morawiecki.

Morawiecki issued high praise for the German Constitutional Court’s verdict on European Central Bank (ECB) where it put state law above European law when determining the legality of ECB purchases of government bonds, according to polskieradio24.pl.

The court’s judges ruled that the European Court of Justice (ECJ) exceeded its competencies. This verdict is being heavily questioned by the German opposition and the European Commission (EC).

In a statement, the European Commission wrote, “Notwithstanding the analysis of the detail of the German Constitutional Court decision today, we reaffirm the primacy of the EU law, and the fact that the rulings of the European Court of Justice are binding on all national courts.”

The Polish prime minister believes that the verdict of the German court is one of the most important ones in the EU’s history because it fundamentally changes the relationship of member states to the EU.

The head of the Polish government emphasized that in his view, member states should draw out the limits of the competencies of EU institutions, including the ECJ. The German court case appears to reaffirm Morawiecki’s view.

The Polish prime minister hopes that the verdict of the German court will initiate a real debate concerning a democratic and mature separation of powers, as well as how to control that separation within the EU.

The German opposition is a staunch opponent of the verdict, claiming that it is a bad example for countries such as Poland and Hungary.

The European Commission has warned that it will initiate procedures against Germany for infringement of a member state’s obligations.

The Constitutional Court in Karlsruhe ruling means that the ECB had illegally purchased government bonds since 2015 without much intervention from the German government and parliament.

In 2018, the ECJ ruled in favor of the process. Last week, the Federal Constitutional Court ruled that such actions were illegal – placing state law above European law.

The case might have serious consequences for the EU’s legal campaigns against both Hungary and Poland. In the case of Poland, the country argues that the ECJ has no authority to influence Poland’s judicial system. Currently, the EU is accusing both countries of violations of rule of law. The countries contend that the attacks are politically motivated and supported by pro-migration forces that are determined to bring down the conservative governments in Hungary and Poland.

The German court decision dates back to 2015 when a group of Euroskeptic German politicians and activists brought a case before the German Constitutional Court. They argued that the European Central Bank’s huge purchase of government bonds to prop up the euro currency and poorer Eurozone countries was unlawful.

These politicians and activists demanded that the German government and the Bundestag cease partaking in the ECB’s activities, claiming it violated German sovereignty and amounted to a transfer in German taxpayer money to other countries. They also wanted an end to the Bundesbank’s participation in the Public Sector Purchase Programme (PSPP), which involves purchasing bonds for other EU countries.

Germany’s top court agreed with the plaintiffs on Tuesday of last week, arguing that the bond purchases were unlawful. The German judges gave the EU three months to issue an appeal.

In many ways the decision is unsurprising, as the German Constitutional Court has never recognized as the ECJ’s authority over German law, which would be a violation of Germany’s Basic Law (Grundgesetz), a law created in 1949 to ensure no authoritarian power such as the Nazi regime could ever regain power in the country.

The Constitutional Court argues that the EU’s Public Sector Purchase Program (PSPP) has a dramatic effect on citizens and companies, and threatens financial stability within Europe and for its companies.

The German Constitutional Court’s final quote in its verdict states that the PSPP “affects the commercial banking sector by transferring large quantities of high-risk government bonds to the balance sheets of the Eurosystem, which significantly improves the economic situation of the relevant banks and increases their credit rating. The economic policy effects of the PSPP furthermore include its economic and social impact on virtually all citizens, who are at least indirectly affected, inter alia as shareholders, tenants, real estate owners, savers or insurance policy holders. For instance, there are considerable losses for private savings. Moreover, as the PSPP lowers general interest rates, it allows economically unviable companies to stay on the market. Finally, the longer the program continues and the more its total volume increases, the greater the risk that the Eurosystem becomes dependent on Member State politics as it can no longer simply terminate and undo the program without jeopardizing the stability of the monetary union.”

“The Federal Government and the German Bundestag have a duty to take active steps against the PSPP in its current form,” the German Constitutional Court concluded.