Turkey: Erdoğan claims Europe is turning into an ‘open-air prison’ for Muslims 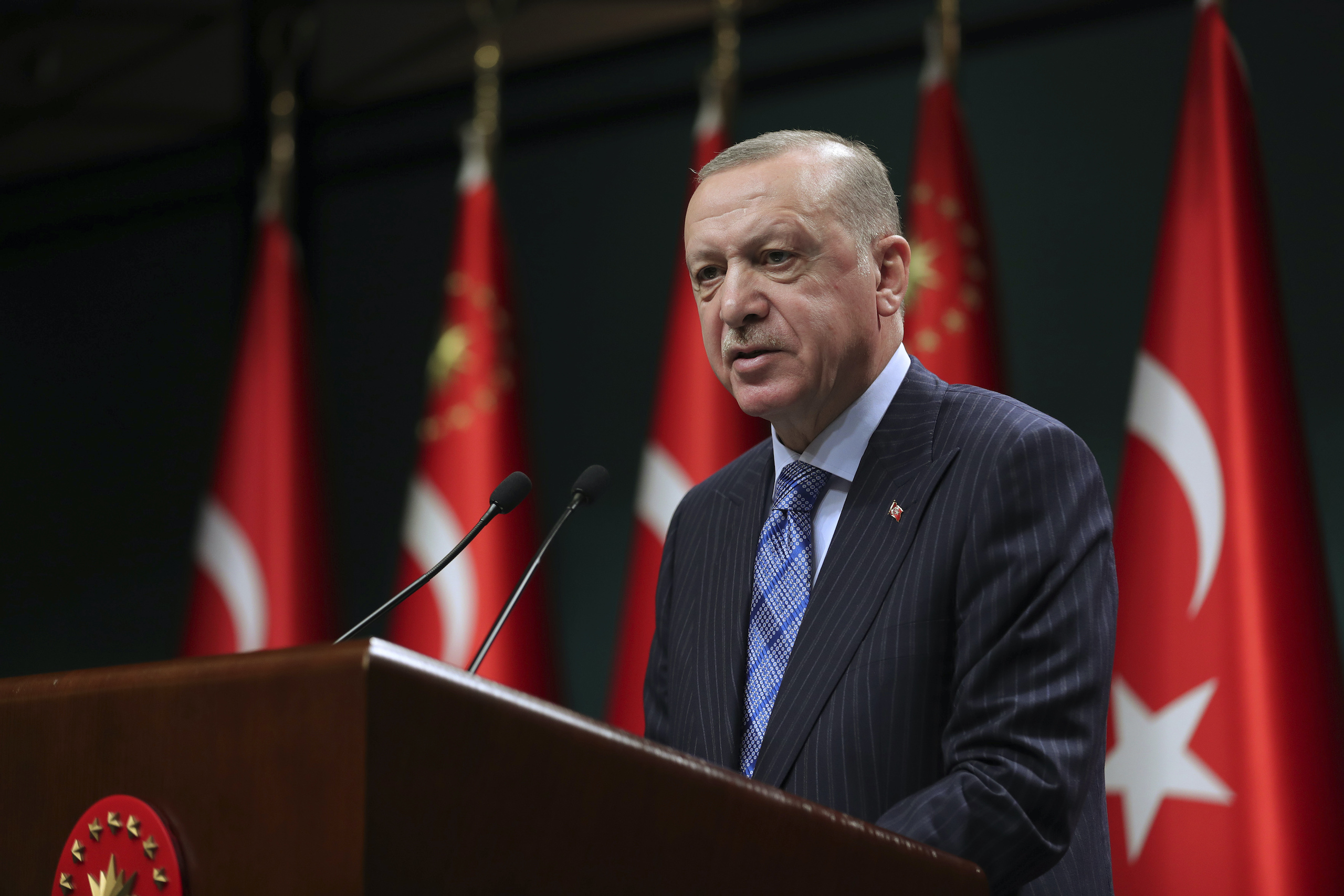 Turkish President Recep Tayyip Erdoğan, who has consistently postured himself as one of the preeminent defenders of Muslims around the globe, has once again accused Europe, and in particular France, of being Islamophobic, claiming that Muslims in Europe live in what effectively is an “open-air prison”.

Erdoğan made the inflammatory remark during a Turkish Radio and Television (TRT) broadcast last Wednesday in which he attacked Europe for its supposed “Islamophobia”, saying: “The Islamophobia virus, as dangerous as the coronavirus, is spreading rapidly, especially in European countries.”

“Europe, which is home to 35 million Muslims, including 6 million Turks, is increasingly turning into an open-air prison for our brothers and sisters,” Erdoğan claimed.

The Turkish president also argued that there is no difference between the atmosphere of hatred directed at Jews prior to and during World War II and today’s atmosphere of Islamophobia in Europe, the Turkish state-run news outlet Anadolu Agency reports.

“In many Western countries, especially in France, being a Muslim, living in a Muslim way, is enough to be discriminated against. Women wearing headscarves, in particular, are the most victims of this wave of hatred which is mounting in Europe,” Erdoğan said, before going on to claim that “racist fascists” are attacking Muslims in the streets, on public transportation, and in other places “almost every day”. He offered no evidence to support his claim.

Later on in the television segment, Erdoğan again turned his vitriol on France, referring to a recent debate — which he described as “embarrassing” — between French Interior Minister Gérald Darmanin and the National Rally leader Marine Le Pen — who Erdoğan calls “the leader of the racist party”.

He also slammed Macron for arguing some months ago that Islam finds itself in a crisis, claiming that in doing so the French president and other high level officials were signaling that “there is no place for Muslims in Europe and France”. And, despite referring to France’s newly enacted legislation against Islamic separatism as a “guillotine blow” for French democracy, Erdoğan said that Turkey was prepared to “work alongside France” with respect to counterterrorism and “integration”.

Erdoğan’s harsh words come several months after tensions between himself and French President Emmanuel Macron first arose, when the latter announced plans to clamp down on political Islam and eliminate Islamic separatism. Macron’s announcements, which were made last October in the wake of the gruesome beheading of French history teacher Samuel Paty, deeply angered the Turkish president. Erdoğan even went so far as to question Macron’s sanity after he defended free speech, secularism, and the right of French men and women to draw caricatures of the Islamic prophet Muhammad.

“What is the problem of this person called Macron with Islam and Muslims?” Erdoğan asked, adding that “Macron needs treatment on a mental level”.

Paris subsequently responded in kind, describing Erdoğan’s remarks as unacceptably rude, before going on to recall its ambassador to Turkey for consultations. “Excess and rudeness are not a method. We demand that Erdoğan change the course of his policy because it is dangerous in every respect,” a French presidential official told AFP.