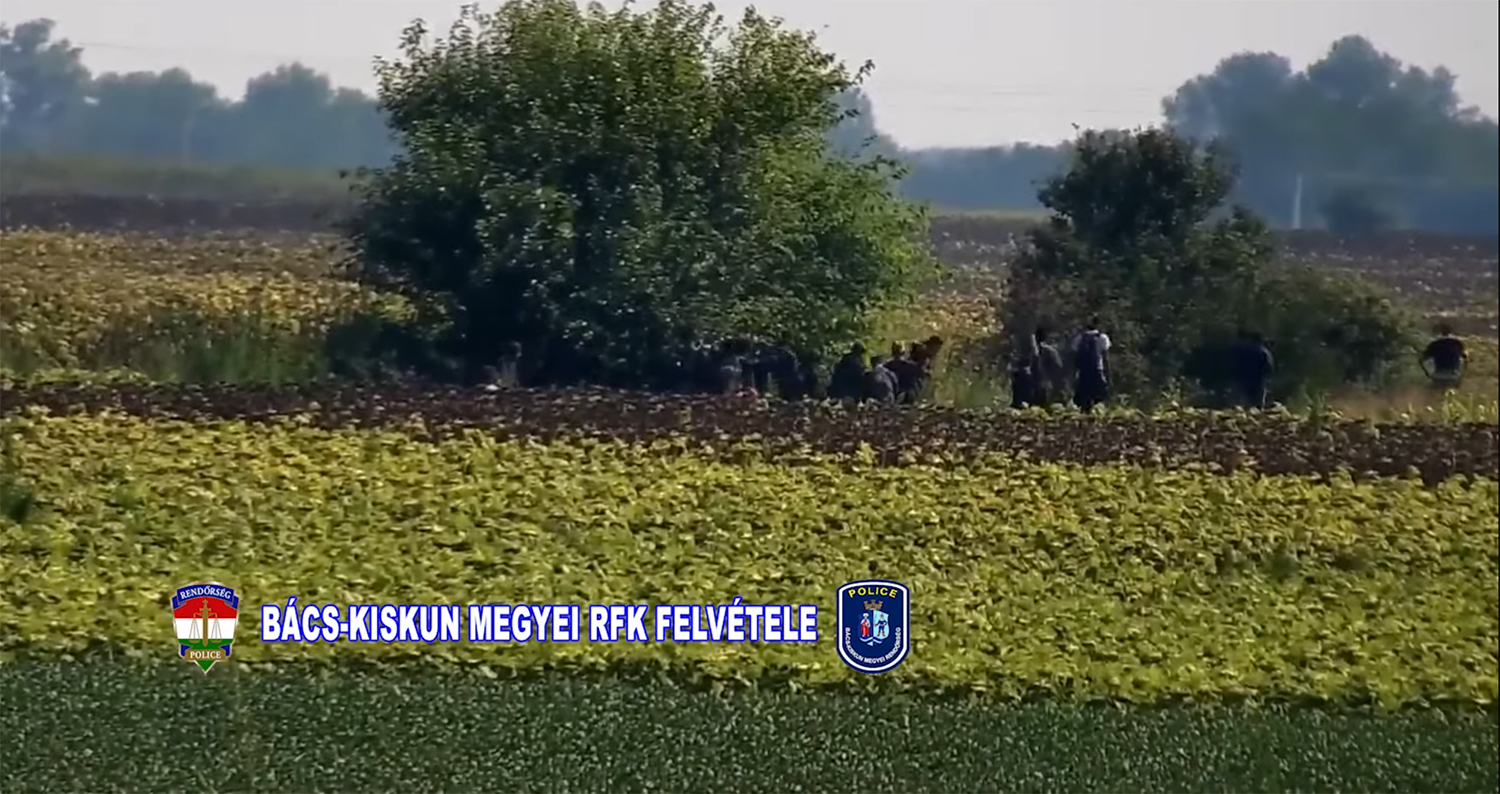 A group of 19 migrants made two attempts to violently cross into Hungary from Serbia on Friday, the police of the southern Hungarian Csongrád county reported on Saturday. The attempt was made on Friday just two days after another similar attempt by a group of some 100 migrants last Wednesday.

According to police information, the masked men threw rocks and objects as they attempted to cross into Hungary around 10:35 a.m. on Friday, but police and border guards thwarted the migrants. After the group was unsuccessful, they retreated back into Serbian territory.

But they didn’t give up. Saturday morning at 3:35 a.m, police reported that they took into custody a group of six illegal entrants in the village of Hercegszántó who claimed they were all from Syria. Police believe this group was connected to the earlier crossing attempt the night before.

On Aug. 9, the Hungarian Organized Crime Directorate of the National Investigative Office detained the five passengers and driver of a Mazda car on the M6 motorway leading to Austria. None of them had any valid documents and could not account for their presence in Hungary. If sufficient evidence is found, this could be an aggravated case of people smuggling and the organizers could face 10 to 20 years in prison.

“Csongrád County police is prepared for similar attempts in the future,” police said in a statement in relation to Friday’s attempt.