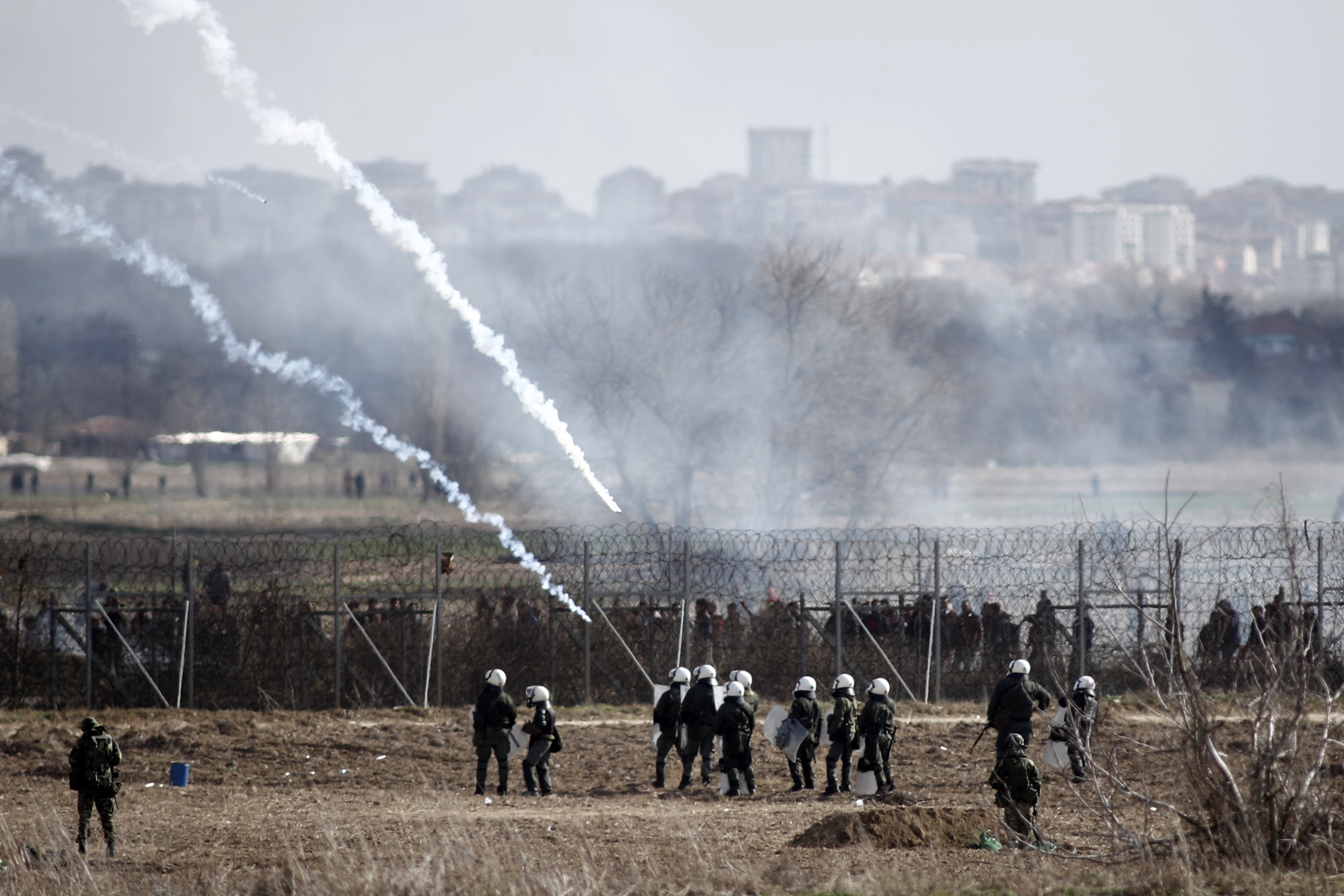 Migrants and Greek security forces clashed at night on the Greek-Turkish border in the Evros region, this time with migrants hurling Molotov cocktails, which ignited fires along the border fence.

According to local media reports and video of the attacks, migrants were throwing incendiary bombs at the Greeks with support from Turkish troops who were operating together at the border.

Reportedly, migrants also used tear gas against the Greeks, apparently provided by the Turkish police, and tried to pull down the fences to reach the other side.

Greek troops intervened with tear gas. So far, 348 people have been detained in Evros, and Greek soldiers have prevented 44,353 people from entering the EU illegally.

The EU says it is addressing the situation in Greece. European Commission President Ursula von der Leyen was due to visit Greece on Thursday but announced on Wednesday evening that she was postponing the trip in light of the coronavirus outbreak.

In view of the evolving situation in Europe related to #COVID19 and in agreement with the Greek PM @kmitsotakis, I have decided to postpone my trip to Athens tomorrow. I will be focusing on launching the EU coordination efforts announced yesterday.

Recently, thousands of migrants have been trying to cross the Greek-Turkish border in reaction to statements from Erdoğan, who sparked the crisis when he said the “gates are open” and that Turkey would no longer prevent them from crossing the border.

Since 2016, Turkey has tightened its border controls in exchange for financial assistance from Europe, which limited the flow of refugees into the EU. Erdoğan’s decision to open the borders followed the escalation of the conflict on the Syrian border where dozens of Turkish soldiers were killed in Idlib in recent days.

The Greek government deployed riot police to the border, with a number of nations such as Austria and Poland sending officers to support Greek efforts. Greece subsequently announced that it would not receive any asylum applications for one month, resulting in criticism from the United Nations High Commissioner for Refugees (UNHCR).

Greece remains undeterred by the criticism and has implemented a policy of expelling anyone who enters the country illegally.

The Turkish president now says he will keep the borders open until his demands are met, including offering visa-free travel for Turkish citizens seeking to enter Europe.

Title image: Greek police and army guard as migrants gather at a border fence on the Turkish side, during clashes at the Greek-Turkish border in Kastanies, Evros region, on Saturday, March 7, 2020. Thousands of refugees and other migrants have been trying to get into EU member Greece in the past week after Turkey declared that its previously guarded borders with Europe were open. (AP Photo/Giannis Papanikos)