The two migrants got in the car box in Calais 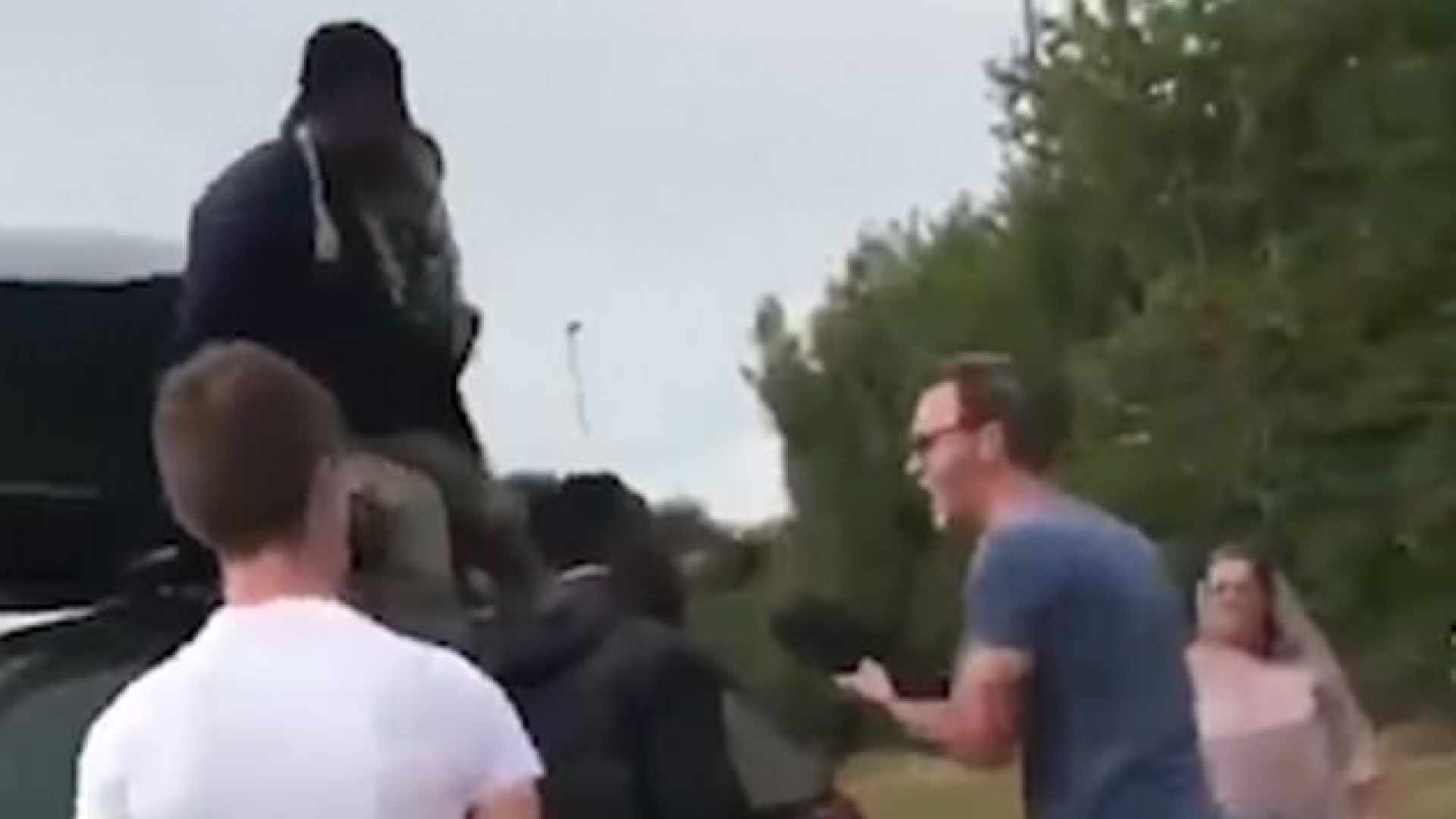 An unpleasant surprise awaited a British family traveling on holiday to the French coast near Nantes after two young men jumped out of a roof cargo box on top of their car during a break on the long journey.

The 16-year-old migrants thought they were in the UK, but instead only manged to get further away from the French port of Calais, where they had first hid inside the car’s cargo box, French radio station France Bleue reported.

“What the f**k are you doing?” one of family members asks the migrants as they clamber out.

“Have you nicked anything? Have you stolen anything? Where’s all our stuff?” They are heard asking.

As soon as the two migrants found out that they are not in the UK, they put on their hoods and decided to walk away as if nothing had happened.

This is the moment a British family found two people hiding in their roof box while travelling through Normandy.

French police said the two migrants probably got in the car box when the family made a stop in Calais after passing through the Eurotunnel. The migrants saw the British license plate and climbed into the car box, unaware that the vehicle was heading further away from the UK.

To make room, they also threw the family’s possessions out of the car box, leading to the family losing some of their belongings right at the beginning of their vacation.

Police then detained the migrants and transferred them to a charity center. The family has filed a complaint of theft against the two migrants with the French police.