Viktor Orbán could be a model for the EU during Covid-19 crisis, says French historian 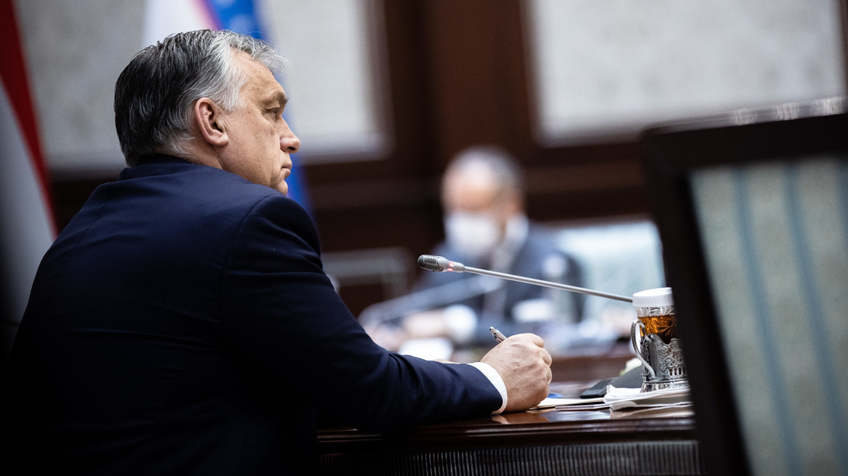 Hungarian Prime Minister Viktor Orbán reaction to the Covid-19 crisis could be a model for the European Union, French historian Kevin Bousset said in an interview with national station Kossuth Rádió on Sunday.

“Viktor Orbán again saw that the Union was slow and lagging behind. He responded by ordering Chinese and Russian vaccines, so Hungary is among the most vaccinated on average in the EU today. More than 3 million people have been vaccinated, nearly a third of the population, in France that number is half that. In other words, it is worrying that if we follow the Union, we will not be able to protect our citizens,” Bousset said. “Macron makes the mistake of playing European. In a situation like this, we would rather have a patriot, a politician defending national interests, who also orders a vaccine outside Brussels.”

He added that he does not think there is a good or bad vaccine, and Chinese or Russian ones are also good.

“We have a debate on these too, but politics should not be involved. Of course, President Macron doesn’t like Putin, so he doesn’t take a Russian vaccine, but in a situation like this, trashing the vaccine is wrong, that is nonsense.” Bousset said.

There is a way out of the crisis right now and that is vaccination. When the President of the French Republic opposes all this, he certainly raises questions, the historian explained.

Bousset said the vaccination criterion in France is age-related, but the process is too convoluted.

“Macron always talks on television that the vaccine is coming, but it’s not coming. He says everyone will get the vaccine by the end of the summer, but we don’t believe that. Sixty-six million people live here, the seventh-strongest power in the world, and we cannot fight COVID-19 effectively enough,” he said.

“There were not enough masks at the beginning of the epidemic, and then there were too few needles. France is the home of Pasteur, the home of vaccination, but we are not able to produce our own vaccine. Its status as a great power is a thing of the past, it is more a period of decadence. But the same is true of the Union, we can clearly see its inertia. They said the borders would be closed, but they are not,” Bousset said, adding that France is slowly losing its sovereignty and subordinating everything to Brussels.

Bousset also spoke about the vaccination of migrants, which in his opinion is a topic on which there is insufficient information.

“There are no specific numbers for migrants, it is not known how many there are or when they will be vaccinated. In a department near Paris, the population is officially 1.6 million, but it is actually estimated at 2.5 million. They can also be vaccinated over the age of 55, but that’s precisely the segment that disregards health standards,” he said. According to the historian, all you have to do is look at the Paris Metro, and see how many with a foreign background are traveling without a mask.

“They are clearly a threat to the health of the French who live here,” Bousset said.

“There’s another thing they say about the French that they’re anti-vaccination”, he said. “I don’t agree with that either. Five to ten percent of the population say this, they consider all kinds of vaccinations dangerous. Today, they too can be convinced, as we see, only the vaccine against the coronavirus helps.”

“Macron tried to cover up the inadequate health measures by accusing the French that they don’t want to be vaccinated. It’s not like this. The French want to vaccinate themselves and ask the president to do so as soon as possible, to have as many vaccines as possible”, the historian said, who then added that “Viktor Orbán could be a model for the union on how to protect the population.”