The ruling conservative party is celebrating 33 years since its founding 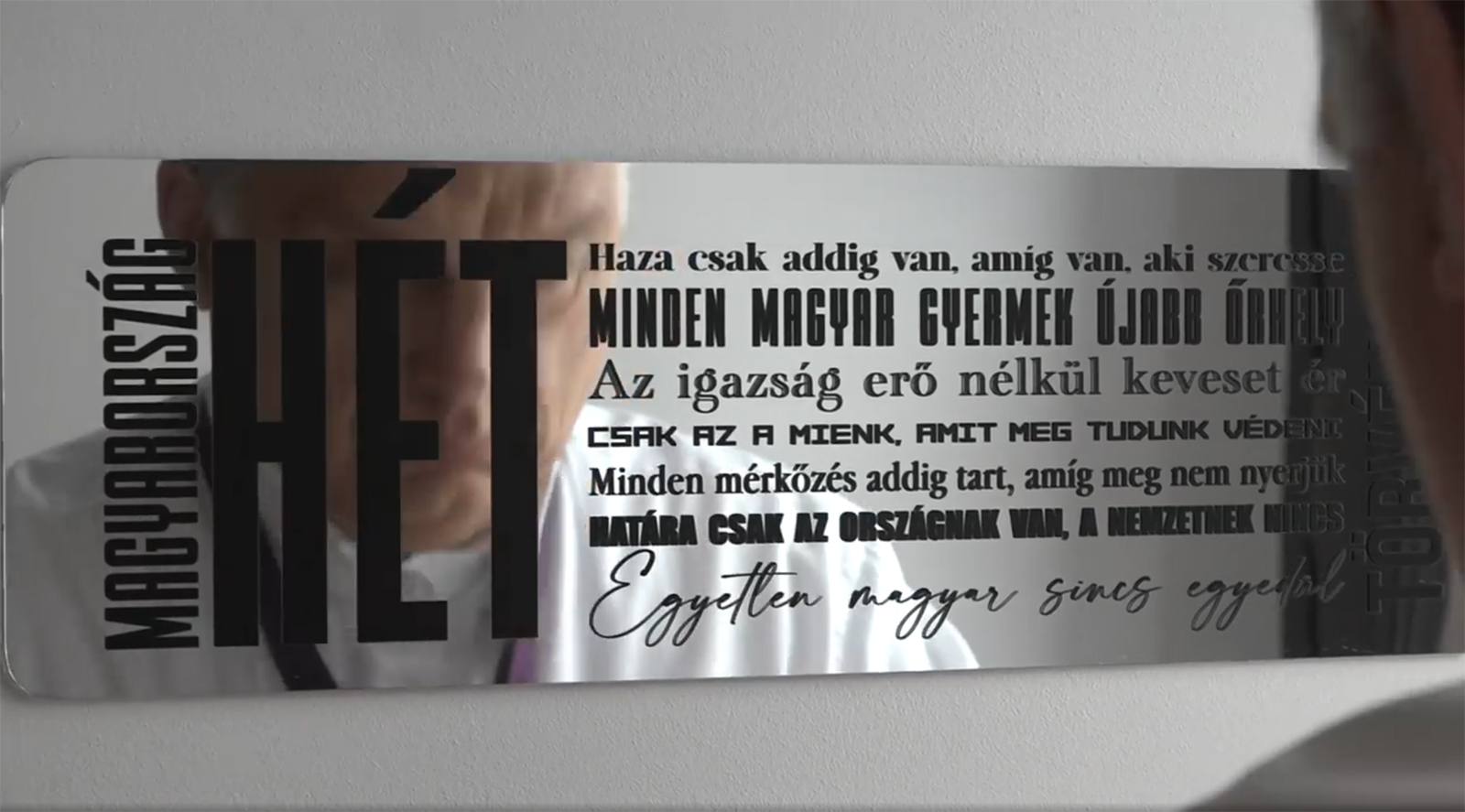 Without giving any details, in a short Facebook video released just prior to the European Union’s two-day online coronavirus summit, Hungarian Prime Minister Viktor Orbán revealed a gift presented to him on the 33rd birthday of his party, Fidesz. It is a mirror with a series of inscriptions, and while Orbán did not describe it in the video, daily Magyar Nemzet reported some details about the object.

One copy of the mirror will be gifted to each founding member of Fidesz on March 30, the party’s birthday, which has been celebrated in the past via mostly small and scantly publicized meetings.

The mirror is inscribed with the “seven laws of 21st century Hungarian national policy,” which Orbán — as we reported at the time — presented last summer on the country’s National Day, August 20. The seven laws are the following:

Fidesz was founded on March 30, 1988, almost two years before Hungary’s regime change by a group of law students who were being persecuted at the time by the communist authorities for seeking a more liberal education. Besides Orbán, the founding members included János Áder, now president of Hungary; the most radical of the group, László Kövér, who is now Speaker of the National Assembly of Hungary; Gábor Fodor, who left the party and later gave up politics altogether; former MEP József Szájer; and publicist Zsolt Bayer.