Two-day EU coronavirus summit off to a rocky start 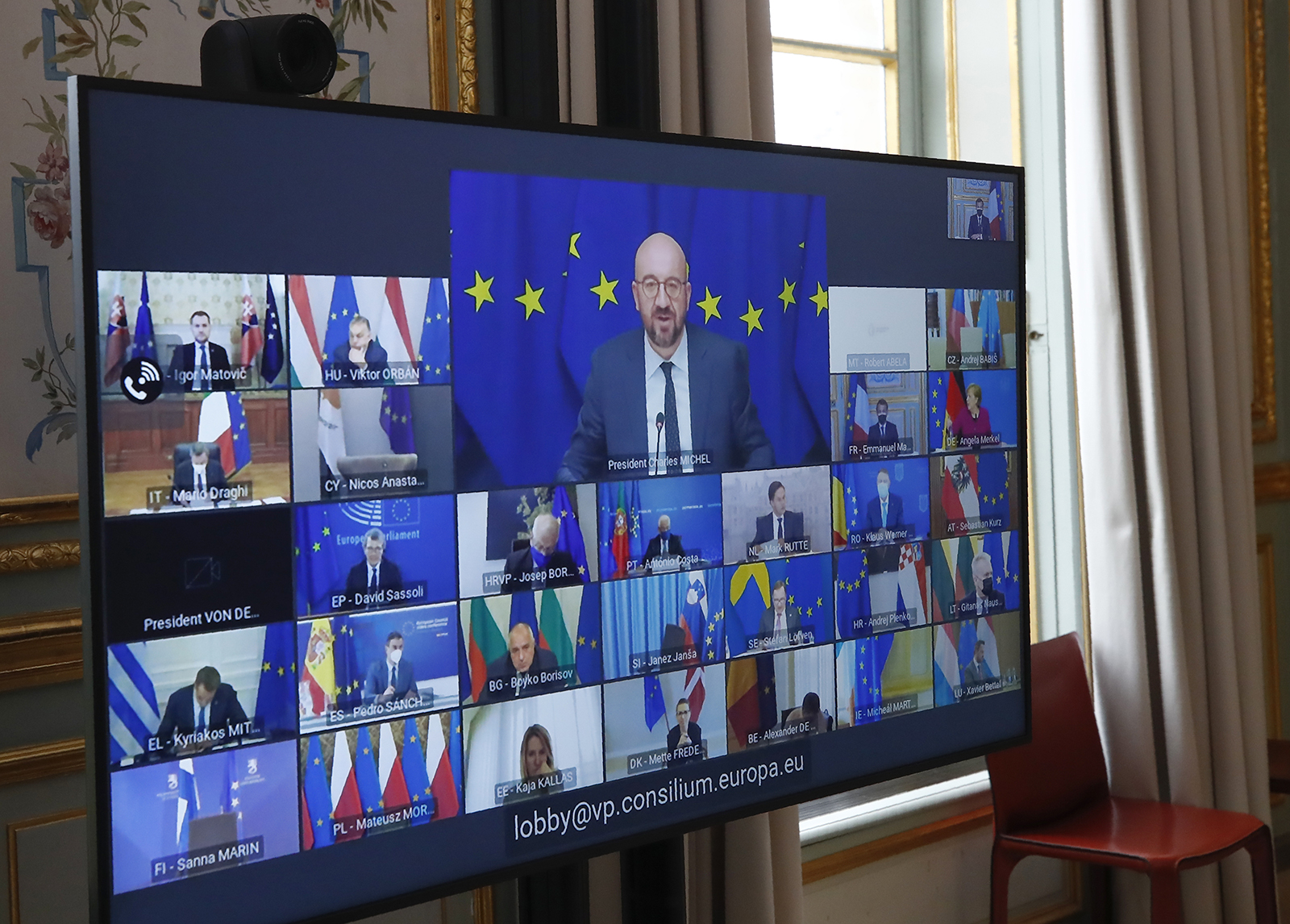 The two-day online summit of the European Union’s heads of state and government got off to a rocky start on Thursday, with German Chancellor Angela Merkel trying to defend the European Commission’s poor track record and her Austrian counterpart bringing up the issue of a huge vaccine stash found recently in Italy, daily Magyar Nemzet writes.

Before attending the summit, Hungarian Prime Minister Viktor Orbán posted a short video on his Facebook page, summarizing the agenda of the meeting.

“We have one single topic, a truly important one: where vaccinations and vaccine procurement stand. Brussels has undertaken to procure vaccines for the member states. If this is successful and fast, we will save many lives; if it goes slowly, we will lose a lot of lives,” Orbán said in the video.

Citing unnamed sources, Magyar Nemzet wrote that the summit began in a tense atmosphere, with the president of the European Commission, Ursula von der Leyen, presenting national leaders with the results of the vaccination campaign so far.

The number of vaccines administered per 100 people in the adult population is only 16.9, and the first dose of the vaccine has been given to just under 40 million people. In terms of the ratio per 100 inhabitants, Hungary is absolutely at the forefront of the EU, but the situation in Denmark, Malta and Estonia has also progressed. The Commission’s data also showed that the 27 states have so far received a total of 88 million doses of vaccine as part of their joint vaccine procurement, of which 62 million doses have already been used.

The outrage was not dampened by the fact that the chairman of the committee confirmed what had been circulating in the press for days: A total of 77 million doses of vaccine have been exported from the European Union to countries outside the block since the outbreak — more than the amount of vaccine already used in the EU.

Sebastian Kurz lashes out at the Commission

Among the critics, Austrian Chancellor Sebastian Kurz, in a pre-meeting press release in Vienna, called it “completely incomprehensible” that the EU had exported vaccines en masse “to the rest of the world” without receiving any additional doses.

Due to this glaring disproportion, the Commission tightened its export control mechanism this week, just as 29 million doses were found at an AstraZeneca vaccine plant in Italy. According to the EU, they wanted to ship the vaccine out of the block, but the British-Swedish company claims this was not the case.

At the EU summit, in addition to EU vaccination certificates, the issue of vaccine distribution was also discussed.

In the past, Sebastian Kurz has sharply criticized the fact that Brussels is not delivering the right amount of vaccines to all member states in proportion to their population.

“What should we talk about at the summit if not the distribution of the vaccine?” asked the Austrian chancellor in the abovementioned press release; his question came in response to the news that Charles Michel, President of the European Council, reportedly did not want member states to “bargain” with each other about the number of vaccines due to them.

With the recent announcement of an accelerated delivery of 10 million doses of the Pfizer-BioNTech vaccine to the EU, member states are hoping that Brussels will compensate them with extra doses in the short term. German Chancellor Angela Merkel, however, defended the Commission headed by Ursula von der Leyen, who was her deputy at the helm of the German Christian Democratic Union (CDU) for nine years. Merkel said that there are only “small differences” in the stocks distributed to the member states in proportion to their population.

Before attending the summit, Merkel had said in the German federal parliament that it is good that the European Union exists and the joint procurement of vaccines was the right decision. According to press reports in Brussels, she later pointed out to the enraged EU countries that their representatives also signed the vaccine contracts in Brussels, thus they shouldn’t be blaming Brussels.