People shout “dirty Jews” during the march against racism in France 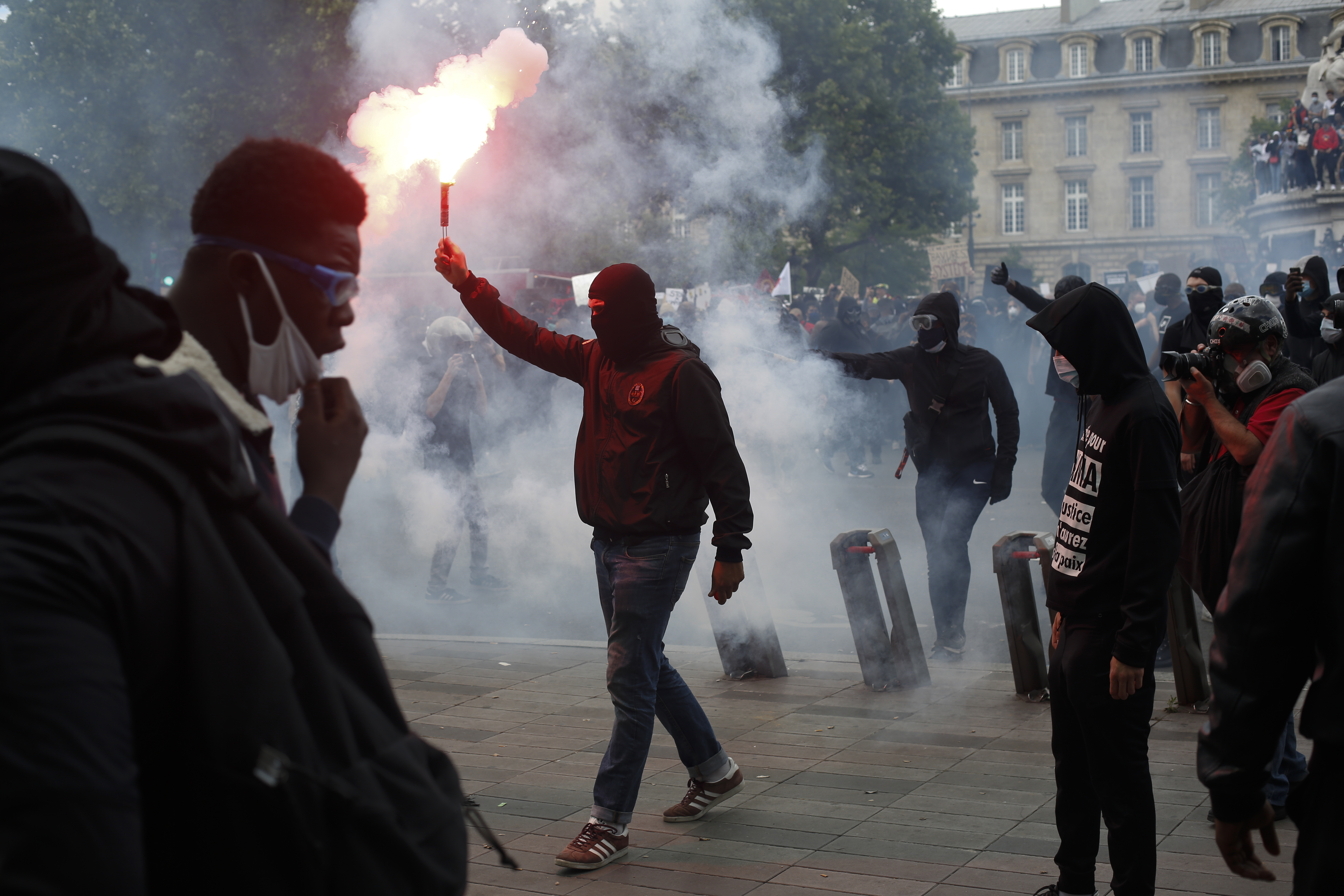 During a Black Lives Matter and anti-racsm protest in Paris, a number of protesters on Saturday have been filmed screaming, “Dirty Jews” in a case that is now being investigated by French police.

It is thought that the protesters responsible for the chants may be tied to the pro-Palestinian movement, which has been accused of anti-Semitism in the past, the Jerusalem Post reported.

Republic Square became the epicenter of the protests in Paris on Saturday where police said 15,000 people had gathered. They were convened by the Adam Committee, which demands justice for Adam Traore, a Frenchman of Malian origin whose death is reminiscent of George Floyd’s death in the United States. Traore also died in 2016 at the age of 24 after a police arrest, and the cause of his death is still disputed.

In addition to condemning the actions of the American and French police against black citizens, the demonstrators also criticized what they said were Israel’s crimes against the Palestinian population. Signs with the words “Israel, a laboratory of police violence” and T-shirts reading “Justice for Palestine” could be spotted in the square.

The situation was particularly tense when police first held protesters in the square and then after a group of opponents of anti-racist demonstrations launched a banner reading “Justice for Victims of Anti-White Terrorism” from the building. Some of the protesters chanted “dirty Jews” and waved Palestinian flags. The incident was recorded on video.

Anti-Semitic slogans caught the attention of the police, who announced on social networks that the case would be investigated.

The Representative Council of French Jewish Institutions (CRIF), which oversees other Jewish associations in France, condemned the protesters’ statements.

“Racism that directly or indirectly tolerates anti-Semitism in its ranks must be fought,” the organization wrote in a statement.

At the same time, CRIF criticized French MP Jean-Luc Mélenchon, who questioned the veracity of the incident and accused the police of spreading “gossip” when announcing the intention of further investigation on Twitter.

“Perhaps Jean-Luc Mélenchon is deaf and blind again when he has to face anti-Semitism from his own ranks?” CRIF asked.

Last week, a U.S. organization fighting for Palestinian rights also accused Israel of indirect contribution to the deaths of blacks in the United States. As an example, it cited the Israeli Defense Forces (IDF) training of U.S. police and teaching them repressive tactics that lead to human rights abuses and targeted racism on minority populations, referring to a 2016 Amnesty International report that delivered similar conclusions.

However, the president of the European Jewish Congress, Moshe Kantor, criticizes similar statements and sees them as efforts of anti-Semites to capitalize on a wave of anti-racist protests.

“Demonstrators can’t march and fight racism and hatred while shouting anti-Semitic slogans,” he said, calling these people hypocrites undermining the efforts of the majority. This, paradoxically, hurts those who are serious about fighting racism and hatred.

“They are just anti-Semites and the authorities should focus on those who incite violence,” he added.

The organizers of the Paris demonstrations originally planned a march to the Opera Square, but law enforcement forces prevented the participants from doing so. Some members of the demonstration participated in isolated clashes with police officers, who used tear gas and arrested several people.