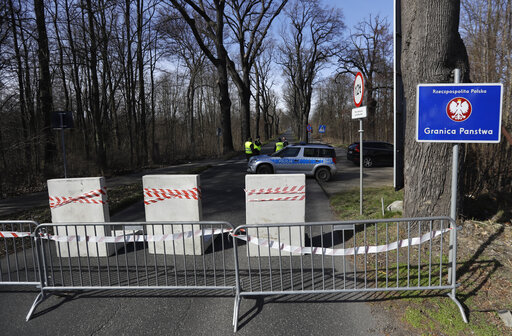 Poland accidentally invaded the Czech Republic and occupied a small part of its territory, global media outlets such as CNN and BBC have written in recent days about a curious incident in which Polish soldiers near the Polish village of Pielgrzymów prevented Czech citizens from accessing a chapel, which is located 30 meters deep into Czech territory.

However, according to the Polish Ministry of Defense, the matter was immediately clarified.

“There was an immediate correction and the case was resolved, also from the Czech side,” the Polish Ministry of Defense told CNN on Friday, which allegedly acknowledged a “short occupation” of a small part of the Czech Republic on Friday. However, the Ministry assured that it was an oversight and a misunderstanding.

According to CNN, the Polish army admitted that it had inadvertently violated the sovereignty of the Czech Republic last month. The Czech Ministry of Foreign Affairs also confirmed that Polish soldiers had accidentally crossed the border and taken positions there.

These were soldiers guarding a section of the border closed due to a coronavirus pandemic, however, they prevented Czech citizens from visiting a chapel in their territory.

The inconvenience forced the Czech Embassy in Warsaw to warn the Polish side.

Poland has not yet formally explained why it mistakenly annexed a piece of the neighboring country, a spokesman for the Czech Foreign Ministry told CNN.

“Our Polish counterparts unofficially assured us that this incident was a mere misunderstanding caused by the Polish army with no hostile intent, but we are still waiting for a formal statement,” a Czech Foreign Ministry spokesman said.

“Polish soldiers are no longer there and our citizens are free to visit the place again,” said the Foreign Ministry. The Ministry did not specify how long the Polish “occupation” lasted.

“The deployment of the border patrol was the result of a misunderstanding, not an intentional act,” the Polish ministry added.

The incident took place near Pielgrzymów, a small border village adjacent to the sparsely populated belt of the Czech countryside. The local road is right on the border.

BBC also reported about the incident. The article referred to a report from the regional daily Deník. A civil engineer overseeing repairs to the chapel complained that armed Polish soldiers did not let him go to the building where he wanted to take photos of the plaster. The soldiers also allegedly set up barricades on the road leading to the chapel.

According to Deník, Polish soldiers first guarded the closed borders only from the Polish shore of the river Hroznová, which forms a Czech-Polish border. Later they moved from the Polish Pielgrzymów across the bridge to the Czech Pelhřimov. On the Czech bank, they set up a checkpoint with a fireplace right in front of the chapel where they banned Czech citizens from entering, Deník wrote.

“There was a misunderstanding on the Polish side, the chapel is already accessible,” said Hana Malá from the press department of the Ministry of the Interior.

Although the Pelhřimov Chapel is accessible, it remains part of the Polish army’s checkpoint.

Title image: Polish policemen talk to a driver at the closed border crossing near Hradek nad Nisou, Czech Republic, Sunday, March 15, 2020. Due to the outbreak of the novel coronavirus called COVID-19, Poland has imposed more restrictions at their borders. For most people, the new coronavirus causes only mild or moderate symptoms. For some it can cause more severe illness. (AP Photo/Petr David Josek)