The LDNA accompanied its threats with anti-Semitic remarks 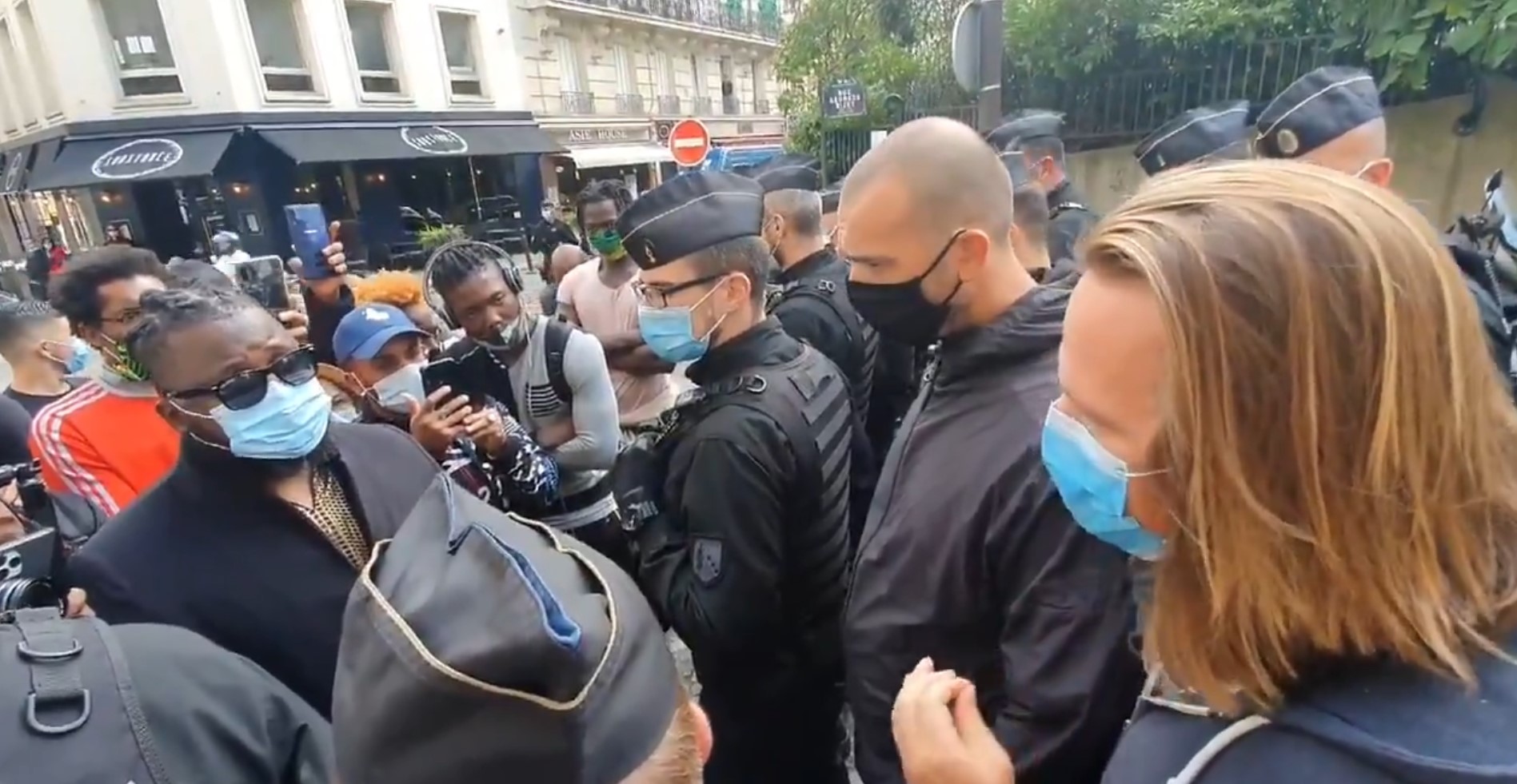 On Monday, after illegally entering the premises of the French Valuers Actuelles magazine, militants of the Black African Defense League (LDNA) protested in front of the editorial staff, uttering anti-Semitic threats and threatening to rip the arms off of the staff so they could no longer write.

The magazine has filed a complaint with French authorities, according to Valuers Actuelles.

In front of the magazine’s headquarters in Paris, the leader of the LDNA, accompanied by a handful of activists, protested against the publication of a controversial fiction devoted to the LFI deputy Danièle Obono, published in the last issue of Valuers Actuelles.

During his impassioned speech, the spokesperson of the LDNA group, Egountchi Behanzin, vowed that if the magazine “writes against Blacks, then your arms will be torn off and you will have no hands to write anything. We are going to rip your arms off.”

Behanzin and his activists were blocked at end of the street by police officers, founder, and were seeking to access the building of the magazine to talk to the editorial staff.

“We will come back every day if necessary,” he warned in the presence of journalists from other media outlets.

“By insulting Danièle Obono, it is the Africans that you are attacking,” he said, adding that the Gauls “never existed, it’s a myth.”

Then, the leader of the LDNA, known for anti-Semitic and conspiracy theories, accused the French people as well as the police of servility towards Jewish people. He further blamed French President Emmanuel Macron of puppet-like behavior when attending the dinners of the Representative Council of Jewish Institutions in France (CRIF), which earned Behanzin applause for his remarks.

The Black activist then yelled at the cordon of police officers on scene to “take responsibility” for their “racism”.

“Trump, he claims his racism! Macron must take responsibility for his racism!” said Behanzin.

Moments later, the managing editor Geoffroy Lejeune came down to talk to the demonstrators.

“I regret this controversy, that’s why we apologized to Danièle Obono,” Lejeune told the LDNA.

“What makes you hysterical today is that you can’t stand that we, whether it is us, a historian or an academic, can raise the question of slavery in any other way than by saying that it is the West who enslaved the African men,” Lejeune saying it was a sign of racism from the LDNA.

The leader of the LDNA was visibly surprised by the word “racist”.

“Racist? Coming from a Nazi like you, from a fascist like you? You are obsessed with race, you talk about race all the time,” Behanzin attacked the Valuers Actuelles editor.