The bombing was an act of arrogance of power, says Zeman 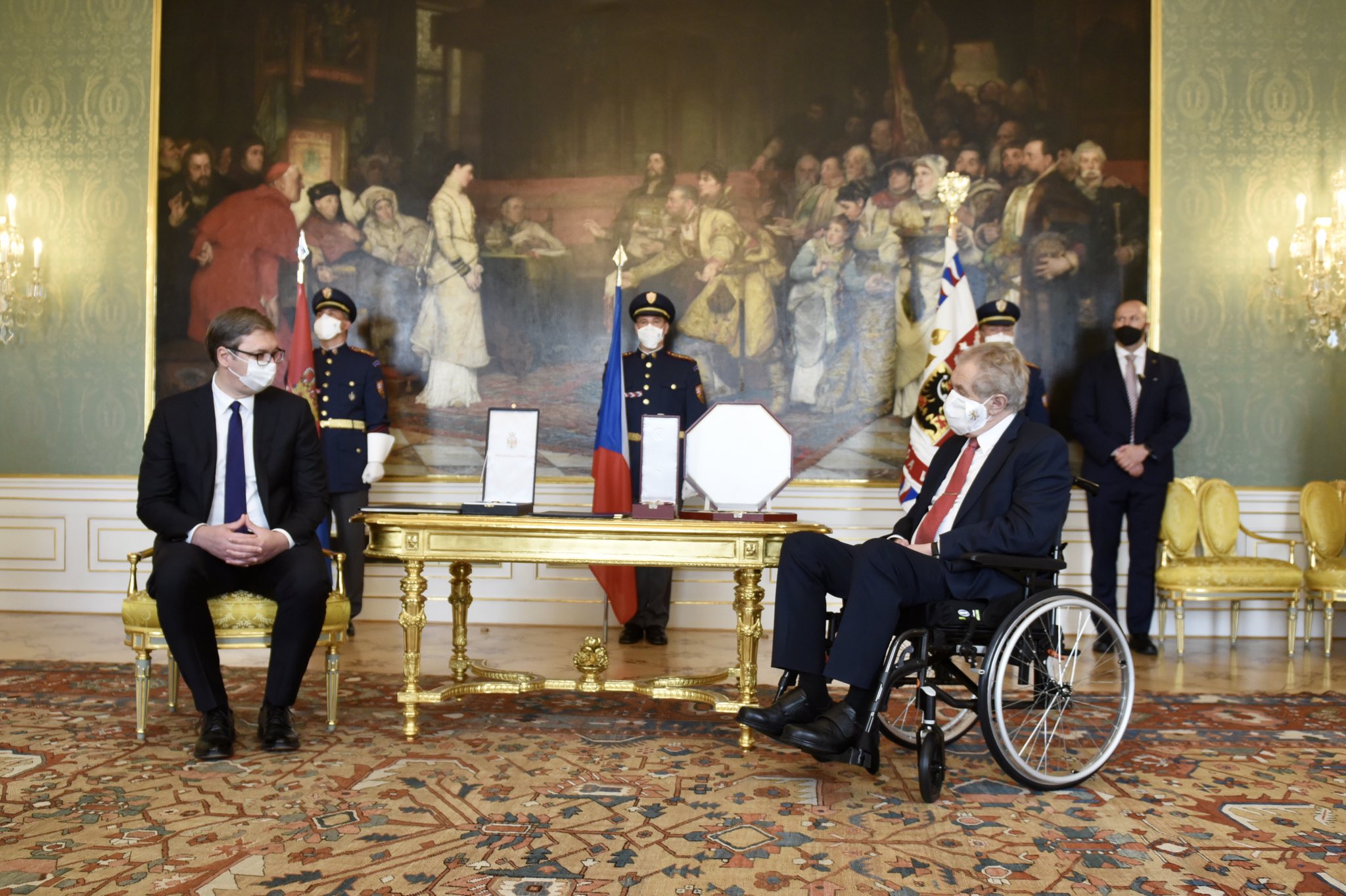 After Tuesday’s talks with Serbian President Aleksandar Vučić, President Miloš Zeman apologized for the NATO bombing of Yugoslavia in 1999 and asked the Serbian people for forgiveness. According to him, Czechia was at the time unsuccessfully seeking an ally that would reject the bombing. Zeman considers the fact that Czechia eventually supported the action as a lack of courage.

Zeman was the head of the government at the time.

The Czech president described the action of the North Atlantic Alliance, which the Czech Republic joined a few days before the bombing, as a mistake and an act of arrogance of power.

“I would like to ask the Serbian nation for forgiveness,” Zeman said.

Zeman also recalled that the Serbian nation expressed support for the Czech people in 1938 and 1968.

“And we repaid them by bombing. That is why I would like to take this opportunity to apologize for bombing the then Yugoslavia,” he said.

“We were the last to agree with it and looked desperately for at least one country that would join us and be against it. But we were left alone. Still, it doesn’t excuse us. We lacked courage,” Zeman said.

He added that repentance is freeing and that through this apology, he “got rid of a long-time trauma.”

Vučić then thanked him for Zeman words. The Serbian president said that neither he nor the Serbian people would ever forget them. He noted that no one had yet made a similar statement about the bombing.

In an interview two years ago, Zeman said that he considered the Czech government’s approval of the NATO bombing of the former Yugoslavia in 1999 to be a mistake. The goal of NATO’s Operation Allied Force in Yugoslavia was to end the activities of the Yugoslav armed forces in the then province of Kosovo. The bombing lasted 78 days, after which Serbian troops withdrew from Kosovo. According to Human Rights Watch, the bombing claimed about 500 civilian casualties.