‘Where are the protesters?’ asks Trump after sharing video of black man attacking white Macy’s employee 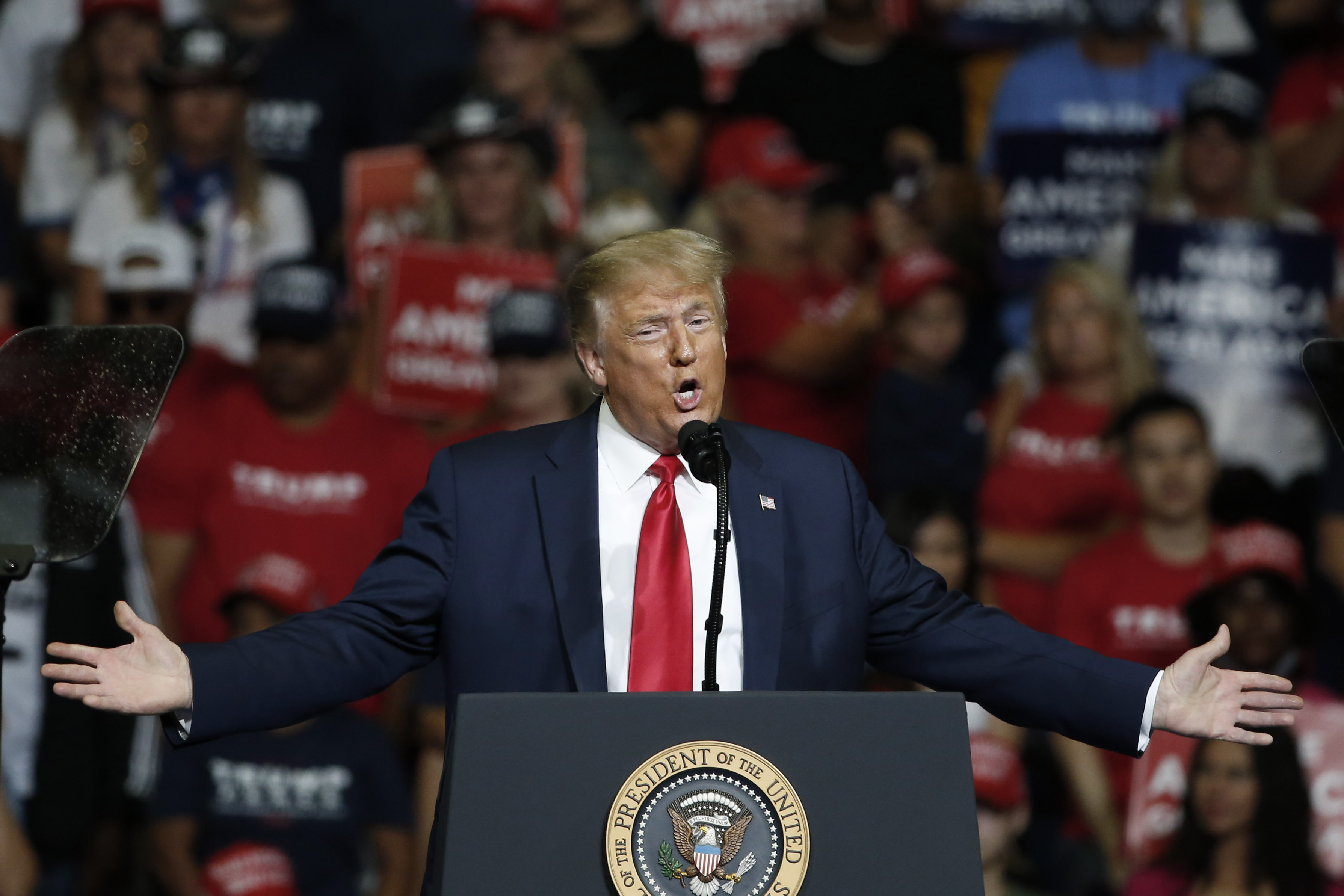 On Tuesday, U.S. President Donald Trump shared footage on Twitter of a black male beating a white employee in Macy’s clothing store and then asked why people are not protesting the footage.

“Looks what’s going on here. Where are the protesters? Was this man arrested?“ Trump wrote while sharing Matt Walsh’s video.

Looks what’s going on here. Where are the protesters? Was this man arrested? https://t.co/2E1UbU5vNN

The 18-second video post captures a dark-skinned man striking a white employee and knocking him to the ground. The video, filmed on Monday at the Macy’s at the Genessee Valley Center mall in Flint Township, then continues with the attacker hitting him twice more as he tries to crawl away.

According to The Daily Mail, the person who filmed the beating is 22-year-old FT Quay, the attacker’s brother. Quay claims that his brother attacked the store salesman in anger because a white salesman called him a “n****r”.

Quay said the employee answered them and returned to his phone call, where he allegedly told someone on the phone that it’s “no one, just some n****r,’ which resulted in the black man pouncing on him.

There is no independent evidence the salesperson made such a remark and Macy’s says the attack was “unprovoked”.

Quay said that his brother had no other choice.

“What else were we supposed to do? At our age and at this time? It was instinct,” Quay told the Daily Mail. He refused to share his brother’s name, and the account on Twitter where he first published the video has been deleted since Friday.

Quay also spoke with the New York Post and said that he fully stands behind his brother’s actions.

Walsh, from whom Trump took the video, described it differently.

“This man brutally attacked a Macy employee because of his race, because he said the N-word, but that was a lie. It is a horrible hate crime, and if the races were the other way around, we would talk about it for a few days,” Walsh wrote about the video. He also noted that “there has been a slew of violent attacks against white people and none have been prosecuted as hate crimes”.

This happened 8 days ago. Police know who the assailant is. They have his name and his crime on tape. There still hasn't been any arrest made in this case.

Footage from a number of attacks by black people on white people have spread across the internet since Black Lives Matter protests erupted, with a few examples including video of a black man beating a young white girl, a black male and registered sex offender arrested over 100 times punching a 92-year-old white woman on a sidewalk in New York City, a group of black children beating a white boy as an adult films and laughs at the attack, and another incident involving BLM protesters ripping white people from their cars and beating them in Santa Monica, California.

Suspect who pushed a 92-year-old woman to the ground in Manhattan, causing her to strike her head on a fire hydrant, has been caught, NYPD says pic.twitter.com/2dVN7TrZ6J

The police are still investigating the incident at Macy’s and are urging any witnesses to come forward.

“We are deeply saddened about the incident that took place on Monday, June 15 at Macy’s Genesee Valley as the safety of Macy’s customers and colleagues is our top priority,“ said Andrea Schwartz, senior director of media relations for Macy’s.

“Violence in the workplace of any kind is unacceptable. All the materials from the evening have been reviewed and it is clear that the attack was unprovoked,“ she said.